You are here: Home / Family / The last call 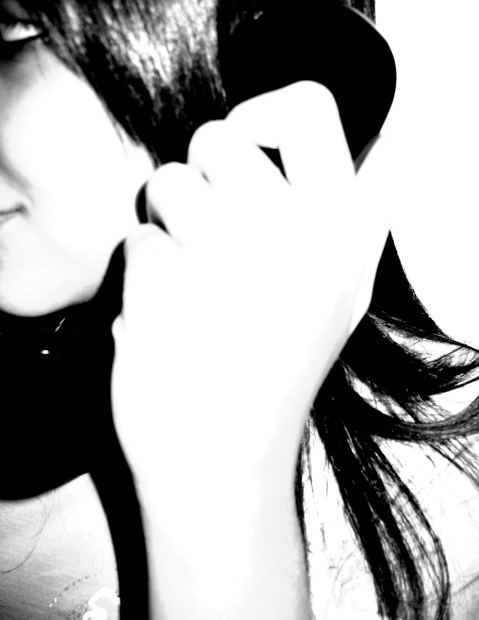 I made plans to defy the universe , but my plans defied all but the Universe’s plans for me !

13 years.  She had been waiting for that phone call. Feeling Triumphant Saavi, world class designer for wedding trousseaus, owner of twenty seven brands of women’s wear and recently acknowledged in the top 30 successful entrepreneurs by Zorbes magazine let the phone ring for 7 seconds before picking it up.

“Hello Madam, I am Prasun Joshi, Owner of Joshi Groups, a distribution house based here in Mumbai”

Madam- The sound was music to her ears. Saavi was used to being called Madam by almost everyone but this Madam by this Man was special like a million dollar trophy, she has managed to acquire it at last after a decade of struggle.

“Yes” – She Replied – a false tone of impatience in her voice

“It’s my Daughter’s wedding in two months. She wants to have her wedding dress designed personally by you” – Prasun spoke in a polite yet distinct authoritative tone. It was the same voice that used to make Saavi’s blood boil. Today Saavi was surprised to note that she felt nothing more than amused at his tone.

Saavi kept quiet and Prasun Joshi continued after a moment’s pause. “Your Secretary told me you were not taking further orders- but my daughter has her heart set on a dress designed by you.”

“My secretary does not lie, you know” Saavi replied in a soft proud tone that had become a part of her since the last ten years.

“But of course, you are a world famous designer and I am privileged to be speaking to you over the phone.  I just thought maybe we could work something out. It’s my only daughter and her wedding means everything to me.” Prasun spoke, the authoritative tone gone and a humble lilt outlining his words.

You cannot break your daughter’s heart but you do not think twice before breaking someone else’s heart thought Saavi bitterly. “I am Sorry Mr Prasun. But I cannot do anything. My congratulations on your daughter’s wedding.” She replied with bitterness that had been a part of her voice since 2013.

“I am sure we can work something out” – Prasun said, the unmistakable plead in his voice.

“I have film stars who want me to design their dresses and they wait for months. You are a Nobody for me” – She replied in a calm haughty voice and disconnected the call.

“I have MDs of companies waiting for an appointment with me, you are a nobody for me”- The words spoken 13 years ago suddenly came back. She had been an executive in an MNC, big dreams, bright eyed; she had been aggressive and energetic as required in sales. And Prasun had been a newly appointed business distributor under her zone. Prasun had been appointed by the branch manager blinded by the 1200 crore turnover and he had a habit of liaising only with top officials, but that did not deter Saavi from starting her business strategies for sales and distribution.

Every day, she would supervise his business and wait for an appointment. But Prasun would ignore Saavi like an invisible fly on the wall. Till one day, they had a meeting and when Saavi pointed out certain practices not followed by Prasun, Prasun Joshi told the fateful sentence that hit Saavi in the soul and left a bleeding dent.

Today 13 years three months 16 days later, Saavi leaned back on her chair and heaved a sigh. A painful lump had been removed and she suddenly felt too painless. She felt elated; she wanted to share the news and picked up her expensive humongous phone. She scrolled through her contents. “Aditya”- Should she call her husband? It had been five years since they separated or was it four? But he was the only one in her contacts who knew Prasun.

Saavi hesitated. In five years, she had never tried to contact him. She had changed her number several times, but had never bothered to inform him. She suddenly missed him with an urgency that choked her. She dialed the number.

“Hello”- -It was Adi.  Saavi stopped, her heart stopped beating for a moment, and his voice carried her over the mountains to a land of stars and flowers. Suddenly Saavi felt small and in need of comfort.

“What do you want”- The disinterested tone was a stab. Adi had always spoken in a soft caring voice with her. He had always pampered and treated her like his kid. The Tears gave way to painful sobs and floods of fresh warm tears. Saavi could not remember the last time she had wept.

“Are you done” Aditya replied “You got time at last, let me update you. I am married and I have a two year old son. I would want you to continue with your great success and not disturb our harmony. Do you have anything to say?”

Of course Saavi had nothing to say. Her sobs stopped, she stared at nothing, and her heart resumed beating numbly. She could feel the last remnants of tears in her cheeks and neck- wet and cold.

“Are we done” Adi said after a pause “I have work, I am not rich like you remember” and he disconnected the call.

Saavi put the phone on the table and stared motionless at the bright dartboard on her door. She peered at the middle circle of the dartboard, it was black. She remembered the quiz contest in school where this had been the question and her team had answered wrong- blue.

After what felt like ages, eyes dry and burning, the silk in her cleavage wet and cold from the tears, Saavi picked up her crocodile skin purse and walked out in a trance. Her luxurious office was empty except for her flustered secretary Rochelle in her cubicle who scurried to start the last duties of switching off Acs , printer etc seeing Saavi emerge from her suite. Saavi stared at Rochelle. She had not realized how young and pretty Rochelle was. She always dominated her employees and Rochelle used to ruffle around like a busy hen so as not to displease her. Saavi could however only remember being angry at Rochelle for reasons she could not remember. Seeing Saavi staring, Rochelle stopped short and looked at her, blinking and trying to remember if she had forgotten some important work.

Rochelle smiled -a wan nervous lift of the lips. She expected a sarcastic outburst. But Saavi merely nodded and walked out of the door to the lift.

Saavi walked out into the humid September night. Saavi felt clean and fresh greeted by the salt smells of the sea facing her office. Her 50 year old driver had been chatting with the watchman, seeing Saavi he hurriedly raced towards her and muttered breathlessly: “Madam you did not call for the car. Please wait I will bring it in a second”

“No I will walk “- Saavi replied looking at his smart immaculate uniform and his tired buried eyes. Saavi suddenly wanted to hug the old man.

With slow unthinking steps Saavi walked across the road to the sea front and sat on the bench facing the sea. The sea sounded very loud today. She spotted few twinkling moving stars in the sky. “Moving stars??” Saavi peered and realized they were airplanes in different places in the black sky. “Don’t they crash?” Saavi wondered disinterestedly

“Chai, memsaab? Tea?”- A Young scrawny boy of twelve in a dirty pink Bermuda and blue t-shirt stood near her. He had a steel bucket with a kettle inside, a long packet of paper cups dangling from the side and coal beneath.

“When was the last time she had tasted that tea” She nodded and fished out a five hundred note and offered to the boy.

“What Madam, you giving 500 for 5 rupee tea, where I get change” – the boy spoke easily in broken English

Saavi thrust the note and gestured to the boy to keep it.

The boy looked bewildered for an instant and after a pause decided she was probably the rich foreign born Indian ladies. He grinned over a salute, poured a cup of brown steaming tea, and put it in the space besides Saavi on the bench. Waving a good bye, the boy hurriedly left the spot afraid she might change her mind.

Saavi turned to the dark sea. Memories long lost or never before used as memories cropped up in her mind. She started remembering gone days.

Days of unrest and fights with Adi over her crazy work schedule in setting up her own business and obsession in taking revenge on a businessman.

Days of pleading by her husband who wanted her to be happy and contented and forget the incident.

Days of Adi asking to have a baby.

Days of Adi threatening to leave her.

In all those days, she had been the same- Unrelenting, stubborn, screaming, calling Adi names. She closed her eyes as she remembered the nights she worked away at her tailoring factory and Adi at home cooking dinner and falling asleep on the dining table, the food untouched.

Today, she was Forty years old. She felt panicky “Where had the years gone”? It seemed yesterday when she had gone for the meeting with Prasun Joshi. All jubilant had been crushed when Prasun ignored her and chose to talk only to the senior most managers. And when she butted in with careful data in management styles learnt in b school, Prasun had made the scathing remark.

She had expected her managers to say something, but she realized they were slaves too to money and power, for ,instead of reprimanding Prasun, they asked Saavi to be quiet and leave the matter to the seniors. From that day, she had vowed to take revenge. She would tell him too that he was a Nobody someday.

Ten years later, she has reached her destination, but at what cost. She stared at her hands, the blue veins giving away her age despite her perfect manicure.  Prasun Joshi no longer mattered and the short jubilation suddenly felt sickening. She realized her triumph in calling him a Nobody made no difference to Prasun or to the world. She got up and walked slowly towards the ledge where the waves were lashing against angrily with a vengeance.

Saavi turned around and saw a plump baby girl flip flopping clumsily on the granite path. The baby girl squatted, paused and stood up with a jerk so that she lost her balance and fell on her hands. Her short frock went up showing frilly white bloomers over an oversized diaper. A host of people came running clucking their tongues, the mother, the father and a teenage girl who was probably the aunt and the most concerned.

“Madam”- a voice startled her. She looked behind to see her driver Vinod. She started laughing hard.  Vinod looked scared, a trifle concerned and Saavi went into another spate of hysterical laughter. Laughing and feeling light headed, Saavi stood up on the precarious ledge. “I am so happy Vinod”

“Madame don’t” – Vinod rushed towards her. It was too late.

Saavi no longer felt alone. She felt her Mom, Dad , Adi, her little niece all wrapping her in a cocoon of warm embraces. She felt loved like the baby on the foot path. She felt like waving to the blurred crowd of people she saw above. “Goodbye all, I am happy” She shouted before she went into the blessed nothingness that overcame her body freeing her troubled soul into the night sky.
__END__