You are here: Home / Childhood and Kids / Little Goldie 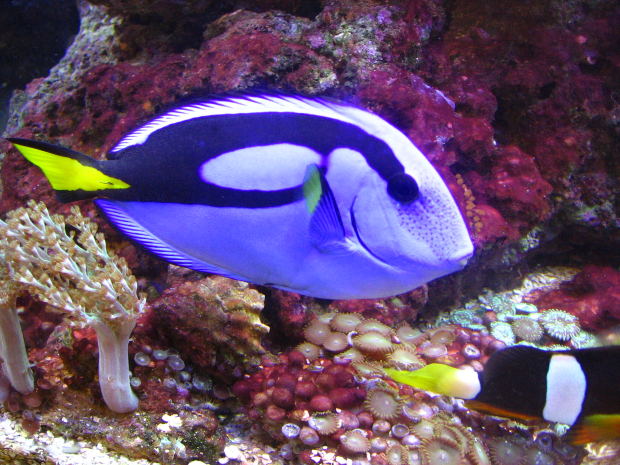 Lot of food…lot of water….lot of space…. lot of greens around …lot of fun…….

Goldie’s tiny eyes got catch of some new fellows.

There were blacks, whites and red ones among them.

They were roaming around and having fun in Goldie’s premises.

“Mamma, who are they?” Goldie became anxious.

Mother was busy with food matters, she hastily replied, “New neighbours may be …!”

“No Goldie, no fight! You are still so small!” Mother warned.

“Look mamma, I have grown bigger than the last time, and you told I could fight when I have grown up!” Goldie replied.

“But you are not good enough for a fight with them, little one!”

It was three months back that Goldie fought with a blackie.

Goldie fought his best but the big blackie bit the small Goldie near the eyes. The pain was bad for many days.

“I don’t want to get into trouble again!” Goldie sighed.

Goldie looked up at the changing shadows around. The blue net was coming in.

It was after Goldie and he ran away swiftly.

Goldie could hear his mom shouting “Escape Goldie, run away!”

“Where is the hide out? Yeah there…in the middle of lush greens!”

That’s where a rescue was found when the blue net came in last month, yeah, last month.

The lush greens were big and tall enough to hide Goldie.

He wanted to go and hug his mamma.

When he was running to where his mother stood, the new, big blackie blocked him.

“No, I don’t want to fight with you!” Goldie tried to escape. But before he could move away, the blue net got him.

Epilogue: Goldie was a goldfish in an aquarium store. He was purchased by a customer. In his new home, he was seen sad for months, thinking about his mom.  It is a myth that gold fish has only a short span of memory, of 3-10 seconds, studies show that they can recall things up to months.