You are here: Home / Friends / Friendship and Betrayal 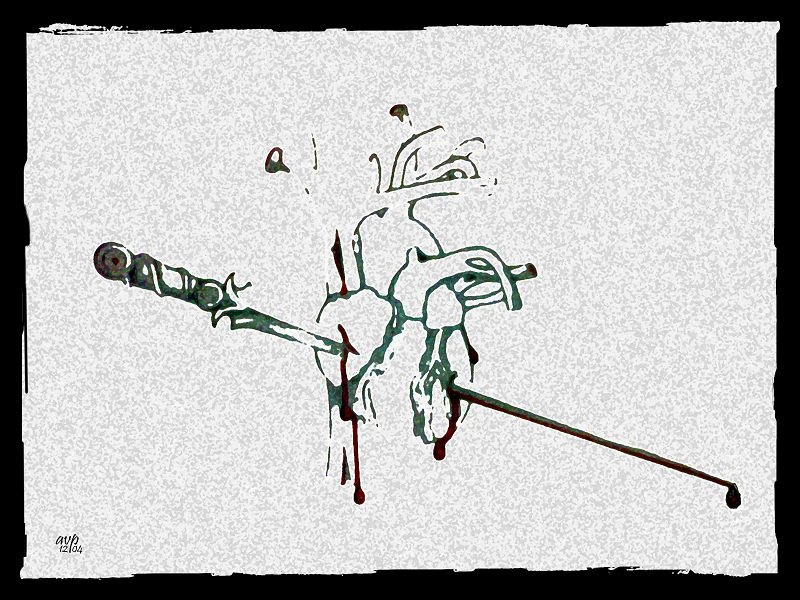 It was a chilled winter season, the students of KSS Engineering College were gladly preparing for celebrations of their College’s Annual day function. Finally that day came, where the final year students will say goodbye to the College and depart their ways towards their future career. The students of final year enjoyed their day as they don’t have to study all those lengthy books anymore, but at the same time they also felt for they will be missing their college days after getting departed from each other.

Praful and Bharat were close best friends right from the start of their engineering college days. So, they felt sad that despite of many years of togetherness, after the sent off party is finished they will be going ahead their own ways for carving their further career and life.

Thereafter a long period gap, the result of their campus recruitment programme was intimated to the selected candidates. It was a great surprise, for both Praful and Bharat, when they got to understand that they both have been selected by the Consultant of the Top most Engineering Companies. Praful was sent on deputational basis of 10 years to California & Bharat was deputed to Bangalore region by the Consultant Company. Bharat was not satisfied with his result, as he had a lot of expectations for getting deputed for California. But anyhow, he decided to leave for Bangalore as required. Therefore, after their last get-together with all the college mates Praful left for California with many dreams and expectations in his eyes. Simultaneously, Bharat also left for Bangalore for joining his duties.

Initially many of the friends kept contact with each other through phone calls, SMS & other social websites like Skype, Face book, Twitter, etc. Later, as days passed out, they all got occupied in their job environment. Gradually some of them lost their contacts may be due to hectic job schedule. Still Praful and Bharat were in utmost touch each other, but later they also got derailed due to their heavy job pressures.

As 10 years passed out, now it’s the time for Praful to return back to his homeland, as his contract of deputation with the Company turns completed. Looking to his efforts and dedications, the company promoted Praful to a senior position and allots him posting at his home town Pune. So he was prepared to return back to his home town & he was glad that he had achieved most of his dreams at abroad like he made handful money, married a beautiful girl of his choice, and had fulfilled almost all his desires of life.

When he arrived with his wife Hema at the airport, he was happy to see his family and close friends after such a long span, who had come to receive them. But he was missing his bestie Bharat as he could not get contacted to him. He tried hard to fetch the contact of Bharat & later he managed to get the contact details of Bharat through one of their common friends.

After such a long long gap, both best friends were glad to hear & meet each other. Then Praful got to understand from Bharat that he is still unsettled in life, jobless as the previous company had disqualified him without a reason. Bharat informed Praful, in these years life has been too harsh with him, neither could he earn anything or get settled in career. After hearing about the struggle of his best friend, Praful felt bad at his heart and wanted to help him out. So he takes Bharat to his home. There he introduces Bharat to his wife Hema, who gave him warm welcome, for being her husband’s best friend.

Now, Praful and Hema decided to accommodate Bharat with them and fetch a good income job for him at Pune. Therefore, Bharat gets re-located to Pune and stayed with them. They supported him morally and financially in all his struggles of life. With the help of Praful, Bharat got a desired job there.

Days passed out and all three stayed together happily. Gradually over a period of time, Bharat becomes more involved with his best friend Praful’s wife Hema. Her interesting character, selfless nature, utmost love & care always drew his attention towards her. He admired her as a good wife, who well – cared her husband and other household activities. Also, Bharat felt more homely and relaxed whenever he shared any of his matters with her. Later, he was more bothered with the closeness, intimacy and love shared by Hema and Praful together. He felt jealous of them, as he too had a dream for a peaceful married life, but unfortunately could not make it so far.

Bharat realized that he had developed feelings for Hema and wanted her in his life at any cost. Perhaps, at the same time, he also thought about his best friend Praful who supported him in all situations of life. He felt that he cannot cheat over Praful, so he controlled his feelings for Hema and convinced his mind. But day by day, his feelings for Hema grew more aggressive. Then he decided to lead as per his mind and always felt that Praful was like a thorn for him, so finally he planned out to get ride of Praful from his way to win Hema’s heart and spend rest of his life with her.

Praful and Bharat were very fond of hunting right from their college days. So the very next day early morning, they both left for the forest at Chandannagar for hunting. As intended, Bharat pushed his best friend Praful to death over there and framed it out to be a car accident. On hearing the news of her husband’s accidental death, Hema faints down. This tragedy landed her in high depression. Bharat supported Hema in her state of depression. He thought in his mind, that Praful’s death had served his both purposes of gaining Hema and also achieving all their wealth & assets.

One month passed out, the Police and Forest authorities failed to find Praful’s dead body. So the investigation gets closed. Now Bharat felt quite safer and he never wanted to waste his single moment, so decides to persuade Hema soon and get married to her. He becomes closer to Hema and tried best to win her feelings. Sudden changes in behavior of Bharat surprised Hema, like his body language towards her, his style of talking whenever he spoke to her. This made her more in secured. Sometimes she felt may be she was over thinking about him.

But one day, Bharat dared to propose her to marry him on which she expressed her rage to him. But he successfully persuaded her, saying that, he was her well wisher, can’t see her upset in life. He said, if required she can take her time to think as he can wait for her. Then he emotionally turned her saying that, even his best friend Praful’s soul would not want her to lead such a sad life of a widow. After hearing all these, Hema gets confused but she was unable to think about re-marriage, as she cannot forget her true love and feelings for Praful. Time was passing away, but Hema could not arrive into any conclusions about getting re-married to Bharat. Sometimes, she felt of hanging herself, as it was impossible for her to lead a life without Praful.

One fine day morning, Hema got a call from an unknown number, which informed her to meet personally a stranger who knew the mystery behind her husband’s death. The stranger wanted her to come down alone without informing about their meet to anyone. Hema agreed the terms and went out alone to meet him at the said venue.

There she got a surprise, could not believe her eyes and recognized that this stranger was none other than her husband Praful, who was termed as dead so far. She hugs him tightly and gets confirmed herself that she is not dreaming. Praful narrates her about the mystery which he faced at Chandannagar forest while hunting with Bharat, who attempted to kill him for gaining her and how he was rescued by the treatment of Adivasis from his severe wounds. Then Praful and Hema cleverly plans out a mission over Bharat, who had betrayed and hurted them.

The next day, Hema behaved as usual to Bharat and told him that she was ready for the marriage, but she wants to know him better. So they both planned out a dating. Hema provokes Bharat to over-drink that night, she deliberately behaved as if she didn’t bothered about her husband’s death and was glad to be the owner of all assets and wealth. After listening her, intoxicated Bharat expressed all his feelings openly and revealed the truth himself about why he killed Praful.

Later when after some hours passed out, Bharat came to conscious state and found himself in front of the cops and inside the jail. He also found there Praful and Hema together, he was shocked to see Praful alive. He felt ashamed of his deeds, as now his real face was exposed to everyone.

“Moral: Friendship should be an asset, not a liability. Never betray and lose true friends.”

“Remember: Always bridge a gap between your friendship and family life, if these are mixed together the relationship may get complicated.”