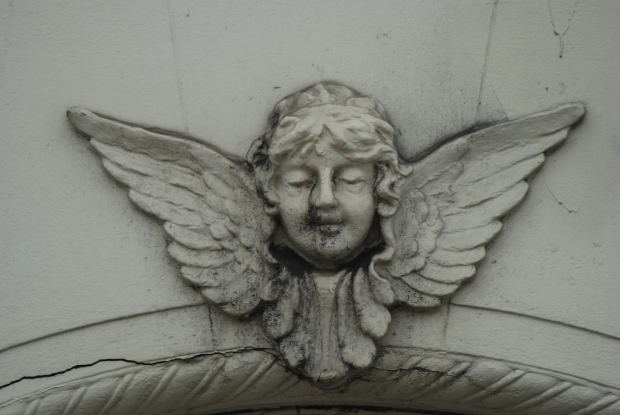 Short Story – YOU ARE MY GENIE !!!
Photo credit: kconnors from morguefile.com

To witness a miracle you need to be an angel and you can be one on earth as well.
Spread smiles, show gratitude and you’d know miracles are waiting everywhere around you…

It was an unusually torrid summer that year. I was eighteen and in second year of my medical school. I was posted in the Medicine Department. Poor patients from all across the town would throng our college hospital during camps, which at times would go on for months. The cost of treatment would be par zero during such camps plus you get a free meal or two and a decent enough cot. They were a boon for the destitute and penniless people of society.

I entered a bustling ward number 6, the Female Medicine Ward. The usual exercise for sophomore students was to take detailed case history of certain sorted classical patients. It meant countless questions and answers and so was a tedious job for students and patients alike. As a result the second year MBBS students would only occasionally pay visit to the wards. I was erroneously or accidentally allotted a patient named Pushpadevi Gavit (name changed) suffering from AIDS.

Yes, the heavily dreaded Acquired Immune Deficiency Syndrome and though it might bring both pity and disgust to your mind at the same time, its not a disease in itself, it is rather a condition with a huge “Welcome Board” for a range of diseases. The (HIV) Human Immunodeficiency Virus breaks down your immunity to such a paltry level, leaving you susceptible to even least pathogenic (disease causing capacity) bacteria.

Pushpadevi was admitted to hospital for recurrent bouts of severe bloody diarrhoea. She was all pale, her skin parched and eyes bulging out of the socket. AIDS plus loose motions meant a gruesome and elaborate past and present history. No sooner did I begin this mammoth tiring task of history taking, a young lad not more than 7 yrs old appeared next to the cot out of nowhere. Pushpa immediately took him in her arms, patted lovingly twice on his back, cleared his nose and made him sit uptight next to her. He was her only son. Wanting to get done with my task asap I ignored the whole drama and continued with my interrogation. The restless boy couldn’t stand it and he started fiddling with his mom’s pallu (rear end of saree) wanting our attention anyhow. The uncomfortable mother scolded him and asked him to stay silent, but a 7 year old toddler he was, it made no difference to him, he was lost in his own world. I rapidly finished jotting down her recent complaints and the nature of her symptoms. I inched towards her past history.

“7 years ago, when my boy was 4 months, I was diagnosed as HIV positive….”, she went on… my mind however was simultaneously engrossed in the math, “7 year old boy, and at least 7 or even more year old disease”, I very well knew what it meant. (There is a difference between being diagnosed and actually being infected. More than often people are infected with the virus months or years before being diagnosed. The virus is silent during this window period). There was however, a measly chance that the boy could be spared of the disease, the risk of mother-to-child transmission of HIV during pregnancy being 25-30%. With the first two fingers of my left hand crossed at the back, I asked her in a slow barely audible voice, “If the boy…?”

She cleared her throat and in a shaky voice nodded, “Ye…e..sss” and broke down.

Unfortunately, the boy had contracted the disease from his mom. For a soph like me it was a shocker of his lifetime, all hell broke loose upon me. My focus had now completely shifted to this skinny young kid. His hair were dry and patchy dark brown, the ones that resemble to roadside beggars, his bones about to tear his thin layer of skin. He was scarcely sheltered by a dirty white shirt twice his size, almost covering his half pant. His eyes however, were clear and sparkling white with a striking glow on his face. And he was surprisingly wearing a cute naive smile, something that repeatedly knocked my conscience that he should not be dying… Maybe he did not have an idea about the graveness of his disease, I consoled myself. And he was only seven, he shouldn’t be knowing it anyways.

With a heavy heart, I turned to the lad to start a conversation. Still in a state of half disbelief I asked him, “What’s your name, Beta?”, in an achy voice.

The answer however falls on my deaf ears for I was all lost… Just a year ago, adorning a white coat I had pledged myself to the service of humanity and here I was standing all helpless. I realized, Medical Science might have done immense progress but still there were many questions to be answered, it reminded me that the “next-to-God” fraternity which I was a part of, was inadvertently fragile, vulnerable and very much humane.

The boy settled for “Doctor Uncle”, said he, “I see you are sad.”

He was right. He continued, “Do not be sad for me, I know I have a big disease and soon I’d be a star in the night sky… I do not know if I’d like to be one or not but my mommy says its fun being a star up there… plus Dad’s up there too…”

I wanted to scream, dying is no fun, It is awfully appalling and painful. Well having no courage to see it all anymore, I simply ran away instead. He was a very very brave boy, real smart, someone who if actually given a chance to prove his mettle would outnumber at least 75% of boys of his age. And he hadn’t even seen a school yet. I had a sleepless night that Monday, a night full of rebellious and disturbing thoughts.

Tuesday morning, wanting to really help the young chap, I gathered some guts and met him again. He was wearing the same undaunted smile. It widened seeing me. I grinned. I asked him if he had a wish… before being a star. Poor lad, he thought for a second and asked me if I could buy him an Ice cream.

“I’ve never had one yet but would really like to have it once”, he reinforced.

“Just an Ice cream, that’s it”, I told myself. I mean I could have bought him 10 ice creams and still would have had spared a decent chunk from my daily pocket money. I rushed to the nearest ice cream parlor and ordered two Chocochips. I gave both of them to the boy and went back to my desk. He kept one for himself and passed another to his newly made friend in the ward. He was having a treat of his lifetime. I could see that through the corner of my eyes. It was magical. For a moment there was no fear and no pain. Every next bite was a bite of eternal bliss. The moolah we spend at times within a few seconds had summed up an entire life for someone. I was indeed very happy, I could do something for him.

After finishing the ice cream the boy came to me. Said he, “Doctor Uncle, You are my Genie!!!”

I realized what he meant. I do not know if I had done anything great to be called a Jinn but I knew one thing that day, ” if that is how I could be one, I had to be a Genie for Million more….”

I assume, very contrary to my motive, the story might have had taken you by grief. Well, I have a different view. God might have a plan for those kids. They have a limited life. And we cannot add years to it. But we definitely can add life to those limited years. The boy in story would have had probably passed away by now but he gave me a deep insight into my life, about what I wanted to do for the next 40-50 odd years of my limited life. The story is designed to switch your brain to a thinking mode. We always wonder why God’s so biased, why things are so unfair, and why this-that but someone can always change them, and that someone can be you as well…
Well! I, myself, in near future wish to open up a welfare society (NGO) called “Genies for Little Souls” dedicated to serving and fulfilling last wishes of terminally ill kids.

Do write back to me on my email id {{moderated}} about your experiences with medical personnels. You can also quote the name of Doctor and I’d really try to meet them and spread a good word about them. You can also share your suggestions if any to make world a better place.
The least you can do is, if you really liked the story, forward button is a click away ;)
Keep smiling and spread smiles :)