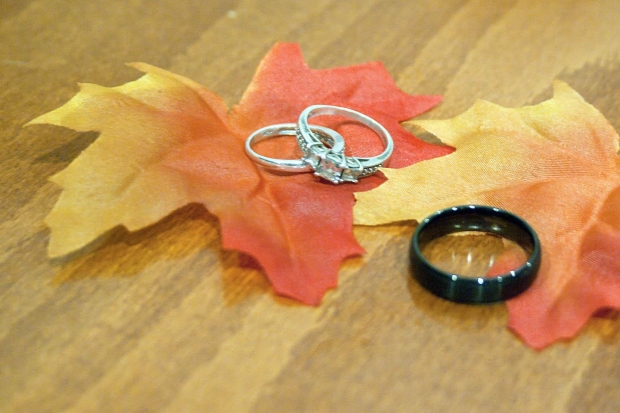 “What are the chances of rejection?” I asked the disoriented self of me staring at me from the other side of the mirror.

The restlessness reflected from my eyes in the mirror was absorbed by my heart which reciprocated it with more intensity. It kept on growing exponentially till I forced myself to look elsewhere.

I looked at my room contemplating the state in which I live in. The pile of unwashed clothes, economic times spread on the floor, unkempt bed with washed cloth lying on the side, webs on the corner of the ceiling, shoes everywhere on the floor but the shoe rack.

“Oh this is how bachelors live! I don’t have time to clean all this. How can one expect to manage these chores after spending fourteen hours at work?”

I decided to light a cigarette. It’s a joy of bachelor life to smoke in your room. It’s relaxing, it’s a luxury and of course it’s a habit.

“This could be one of last cigarette in my room, on my bed and with my lonely self!” I said to myself thinking of the life changing decision ahead.

“The pros are more than the cons” the manager inside of me spoke once again looking at the mess of my room.

I thought of a 6 piece sofa-set, forty two inch LED TV, neatly kept room, clothes washed, ironed and kept in the almirah, dinner in china cutlery, newspaper and magazines neatly placed below the table and of course, the shoes in the rack.

“A neat and clean flat is one of the advantages of a married life. Well… that can be the shallowest of the reason to get married but it is what it is!”

“No more cooking food for me, no watery daal, no burned rotis, no dirty utensils, and no stinky kitchen sink!” I found another reason to be mused.

After my last break-up I decided not to involve with any one for a long time. I absorbed myself in my work and settled with the pace of life which the fate chose for me. But I was in my thirtieth year of existence.

“You don’t know Cheeku what all the people keeps on saying to us! You want them to believe that we don’t care for you?” my mother once spoke to me harshly over the phone. The society wants me to get married, get settled and carry on with a socially drafted life style.

A zebra in the herd of zebras, you can bet your ass off there is an identity crisis! The will to be, to do, to make, to perform and to be recognized drives me all the time. And then the compulsion to be on terms with the conventionally accepted life style! I gave in to the mundane concept of our hypocrite society and decided to go for the meeting arranged at the girl’s home.

There were too many exchanges of greetings in words and gestures, smiles and unspoken clairvoyant perusal before we settled in their drawing room. It seemed I was x-rayed, MRI-ed, psychoanalyzed all at the same time with so many pairs of eyes.

I could sense barbed wire between them and me which were the expectations I had to stand up to. My steps from the door to the sofa were constantly monitored.

“Beep… Beep” I could even hear the sound of their analysis machine in my mind. As I walked and sat, it plotted a constant graph of normal activity and I could see stage-one cleared in this game as I have a normal gait.

I could sense something went wrong as I sat and found them staring at my bulging belly.

“Beer belly, high cholesterol, hypertension, diabetes, heart problem and my daughter will be left alone in this world by no one else’s but your fault” I can bet I heard the thoughts of her father!

“Geetu’s father use to go to gym daily even when he had loads of work at the office” my thoughts stood correct as finally girl’s mom couldn’t resist.

I know the work load they have today on the clerks at the government offices and can surely imagine him sitting behind the wooden table, in a dim lit room ,wearing  a safari suit, dozing off on his chair.

“Mohit has a lifetime membership of Gold-Gym. It’s just he got a promotion recently and he has taken a break from it. You know how much these private companies demand?” my mom was able to defend me valiantly. After all she was the mother of the would-be-groom.

“Hmm… it is very expensive, isn’t it Jee?” The girl’s mom looked at her husband.

Spend thrift, careless, spoilt brat, and shopaholic were the actual words I heard behind the term “delayed gratification”. And to rub the salt on the injury was the fact that I am a Wealth Manager.

To bring me out of my self-loathing entered the girl. Average height, wheatish complexion, pink salwar-suit and white sandals, swaggered to land beside me.

I liked the simplicity with which she presented herself and was actually feeling overdressed.

“You know how difficult it is to get ready for a girl in the saari and all…” her mom immediately commented, “so our Geetu decided to meet plain and simple”

“I think there is no need for such formalities. I am against commoditizing the girl for marriage” I said.

The response worked, all of them smiled, including Geetu and I felt I have crossed stage two.

“Beta we think the same and are totally against dowry as well. We have educated our daughter and she works in a PSU bank.” quickly her mother picked my words to respond.

My father, who was a silent spectator up till now decided to speak, “ Behanji,  you need not worry on that thing, I haven’t taken a single rupee from Mohit’s maternal side. We believe our boy can take good care of your daughter even if she decides not to work in future”

My chest swelled with pride.

“No no no no no…” her mother said in the nasal accent which Indians are famous for. I looked at Geetu and she was also frowning at my father’s reply.

“Geetu is in no mood to quit her job after marriage.”

“But we never asked her to…” I said to myself

“You know beta, she is in a government job and you are in a private job…”

Back to stage-one I felt.

“I agree aunty but it was my decision not to take any public service exams.”

“Aunty… I don’t believe in sarkari machinery, I think I can use my skills and be more productive in a private sector. And then the growth is immense and they pay you well” I had to justify my being me.

“Oh no no  no no no… You see, government job is secure. The work load is much less…” her mother countered me who just spoke of too much work load on her husband about thirty years ago.

“And there you only earn whatever they pay you and no extra income. You know what I mean?”

“Young people get carried away in emotions too much and lose sight of practicality in life” her father commented.

I looked at the lavish furniture, the large drawing room, the big T.V. and understood the concept of practicality.

“You know, even though he is retired there are people who come to gift him on diwali and holi. He still has many connections in his department, you know”

“Well…aunty people have the right to make choices and think I love my job.”

“Oh yes yes… Geetu loves her job too beta. But you know beta, in all her dedication to education and good career she couldn’t give much time to learn the house hold chores.”

“I understand aunty and I live in Bangalore. It is a common thing for the couple to work and they adjust fairly well. They keep maids and cook to help them.”

“I think my sister’s husband is your husband’s nieces brother” my mom decided to change the topic.

“Oh yes! Shanu is an NRI and earns very good…”

And then they got absorbed among themselves. I was not listening to them. All I could see was my unmanaged flat in Bangalore. The pile of unwashed clothes with a pair of pink salwar-suit in it, economic times spread on the floor with some ladies magazine, unkempt bed with my washed cloth and a pair of pink salwar-suit lying on the side, webs on the corner of the ceiling, shoes everywhere on the floor but the shoe rack and a pair of white sandals too! And I think I was supposed to cook and clean for two people now on account of my delayed gratification.