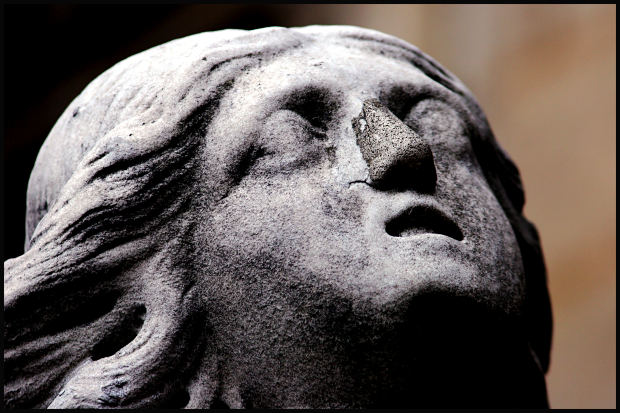 Our house was a house near a short distance a family lived, in their family the husband – wife,their four children and lived an old grandmother. In grandmothers old house did not have any value. Her grand children didn’t behave good with her. As far as her real son gave her a damn and her daughter-in-law gave her a bowl which had whenever she had kept with her and take day tea to dinner in her bowl from her daughter-in-law.

She lived like a beggar at her own home. I still remember the auspicious Diwali Day around it – was being distributed sweets in the neighborhood. The old mother’s heart also wanted to eat sweets when all were eating sweets at home. None gave sweets to old mother at home, she went to kitchen and take one peace of sweet and take out of her room, When she took a piece of sweet food and sit in her room and when she started to eat suddenly her daugter-in-law reached her room and took beck a piece of sweet from her and told her a “thief” that the old mother is not tolerated

Next morning after the sun rises when the old mother didn’t come out of her room to take her breakfast, then after few hours her daughter-in-law went to her room and what she saw that the mother has passed away |

After the mother passed away predestination with the oath and ashes when the family returned home by immersion her old mother’s ashes .

She tells all her neighbours with a proud-

“We’re putting the whole twenty thousand rupees, on immersion of the ashes of our Mother.”

Then there was someone saying, “Of the twenty thousand rupees to ten thousand rupees you would used for serve your mother then she would not die such a death and After the devotions that you gave everything she had for what it mean if you didn’t care for her when she was alive ”

What uses of this if we can not serve them when we didn’t care when they were alive. What’s our parents want just Love and respect which is their right and they not to let. Please Spread your love to your parents and make their life beautiful.