You are here: Home / Social and Moral / Lion of Africa 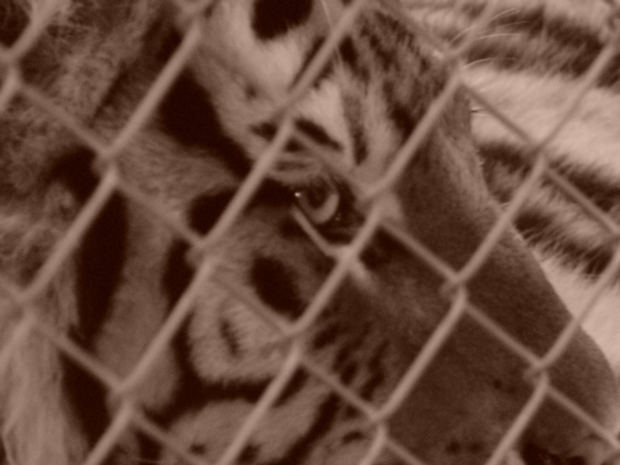 In the land of freedom once roamed a lion. A lion of africa. He was the most powerful creature GOD had created, he needed no one to tell him this but he knew it. One day came a man, plundered his land, slaughtered his family and put him in a cage. The man, to prove to himself he was more superior showcased him in a circus. Paraded around the world in this cage the lion soon forgot himself.

One day the man, not of guilt left the cage unlocked. He came back to find the lion still in the cage. The man looked in the lions eyes and saw the most painful deep hurt beyond physical scars, and smiled. He had accomplished it. He had now fully tamed a lion. The lions heart was still beating but nowhere to be found was the actual lion. What remained was just a body of a lion. Arrogant, Proud, he now paraded the lion not in the cage, but outside it without any chains or sticks.

Time passed, man and lion but the man couldn’t help but remember who the lion was so he put parameters around him. Eventually the lion grew tired of these parameters. The man looked inside the lions eyes once more and saw a flame similar to their first encounter. Afraid of what could happen, the man took the physical parameters away but he had changed the lions world so much that he knew if the lion needed water, it no longer laid in the dam, if he needed food it no longer ran free in the open, if he needed to live he needed the man.

The lion frustrated, started learning the mans language and way of life. He too was now becoming a man. From time to time, like a little child the lion would get told how well he was doing and aspired more and more to be a man. The lion no longer roared, hunted, protected, loved or lived. To inspire the man every day, the man would look into the lions eyes and ask “what is your name?”

In my country Its been 18 years waiting for the lion to awake. Today I looked into the mirror, Today I woke up, Today loud thunder sounded like, “Wake up lion of Africa. Wake up” .