You are here: Home / Social and Moral / Agomoni – The welcome 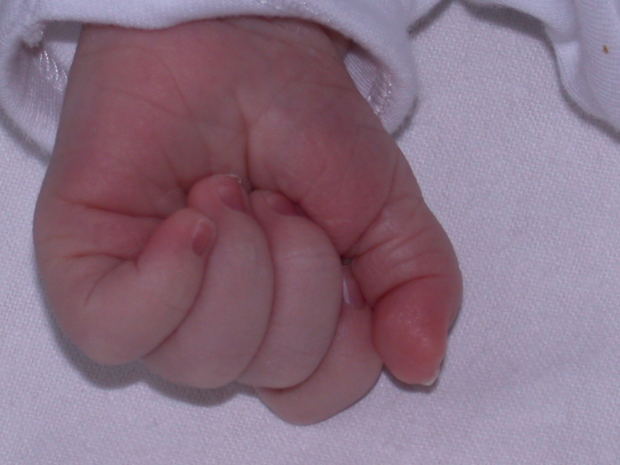 We had barely reached the periphery of the dreaded district two policeman welcomed us with a smile . It was not always the same but overtime they have come to known us .

I was in my final year of medicine that means soon i would be out of mill doctor and just as every second student who studies medicine i was not interested a bit in it . But 2 years of exploitation and torture of my brains by my parents had booked me a seat in of the top medical colleges of India . But as i always wanted to be a writer and travel so i spent less time dating the skeletons instead roaming the streets of Kolkata with the NGO .

So i was here at Sonagachi , a day before the mahaloya with them . Our idea was to give some gifts , talk with them and within this giving them medicines of various STDs that plague this place . No it was not my first visit to the place nor i have come to know of this place through them . I had my own many lustful experiences here but obviously mom does not know any of them . But joining the NGO had given me a free pass to this place for my adventures.

We slowly passed the dingy lanes with women of all ages , wearing net sarees of bright colours to attract the attention. They were not always friendly with us , i still remember our first visit and we have conflict with the pimps. But a shop to be profitable it needs its goods to be in good shape so they have welcomed us. I looked around and met some known faces need not to say i know much more than the faces of them.

But they were all professional . Its funny that they even have professional and amateur classes . It was just a give and take policy. You need not to answer any question, just select the best quality depending on your pocket . Nothing else matters. We had crossed the temple and the place just grew more painfully sexy. Women lined up in pink red blue blouses with petticoats some in skirts with deep neck lines flirting with their hairs .

2 drunkards slowly passed us . I looked through a window of numerous small homes . Two small girls who have barely reached puberty were being applied makeup by an elder woman . I had become accustomed to these sights though i would shout in the bus in social networks about the force prostitution but at the end of the day when the sun goes down will take the dark alleys , here was no off season. Festival or not, recession, politics , floods nothing matters as long as men have the hormones and women have the holes to dump them there is no stopping .

I detached myself from the group and approached a well lit pan store . Infact  the pan wallas were the most well lit in this place , an old hindi song was being played at its full volume . I lit a silk cut just then my eyes went to a white kurti clad girl . She was facing away from me but i knew it was her from the mole on her right leg . I slowly approached her , in my brain i was already imagining to do 69 with her . I casually stood beside her.  She glanced at me with her kohl eyes . She was looking smoking hot . Though each and every women there were trying their best to flourish their trade but there was something unique about her. I gave a flying kiss to her . She flirtingly took it on her boobs and winked. I was her regular. I nodded to signal a no .

I signalled a yes.

I glanced at her naughtily . She knew i was in love with her but i don’t know whether this love was for her soul or for her boobs and the pink hole .

I was lost in her eyes just then Rishabh came running towards me .

“me!!!!” I was startled by this, like they really need me. I was the most useless guy of the group, hardly did a work, just checking the girls and finding the best leaves. I was still coming on terms with this he started dragging me .

“Rani is pregnant, her water is broken. Come fast “

“ So come what will i do ? Call a doctor or an ambulance “

“Are u out of mind ? Do you know any doc will come here or the agents will allow the ambulance here “ Rishabh barked at me. I was about to say something but Rishabh shouted !

“ No more ifs and buts. You a final year medical student and u have to do this . I don’t know anything mother fu**er. If u want to do revise of the procedures do it now and for god sake increase your pace “

Motherfu**er from Rishabh just hit me like a live wire. He was the nicest guy i ever met and i could not believe my ears. I quietly followed him, within 5 minutes we reached the Rani’s quarter . A big crowd of the women had gathered around, maybe the humanity was still alive or it was an just an entertainment for them. Anything adverse means one less competition .

I  told my brain to keep these worthless thoughts at bay . I entered the quarter. I never thought my first patient will be a prostitute . It took me a moment to adjust to the situation . She was lying on the small bed, her blouse  and petticoat was loosened to make her comfortable . The amniotic sac liquid had been soaked by the bed and a strange smell was feeling the place. I could feel all eyes on me. I had still not got my degree but to them i was messiah. All hopes were pinned on me . I felt like throwing up and hurriedly got out . Rishabh followed me .

“ I can’t do this, anything can happen “

“Hey! our all hopes are on you. You are the only doc here. We know u can do it “

“ She could die“ I protested

“ Maybe not. Atleast we and they will know u have tried , don’t prove them wrong “ Rishabh tried to give me courage . I looked around and eyes met with her. She had accompanied us. I could sense the hopes in her eyes. She gave me a smile . I quickly entered the quarter again.

“No, keep her to senses. It will make the matter worse. When the water broke ?”

“Around 7 .”another girl from our group informed .

It was near 8. A freaking hour has passed but still her labor had not started.

“Bring the medibox and someone please bring the misprostol pills . It will be at the medical on the main street. “ I shouted .

The medibox was brought within no time and i began fumbling the box .

“Trying to induce the labor. we need to start it ASAP , giving her pitocin . it will help “

While giving the injection i could feel the numerous silent prayers going around but i had to curb my philosophical brain and keep the scientific one going . Slowly her labor started but they were minor contractions but still it was a good sign . Midnight had passed , contractions were still not enough to make a progress . My brain was going freak. I have to keep her in senses else all lost . Moreover this have to be a normal i can’t do cesarean here. I cannot overdose her with pitocin .

I was loosing my nerves with each passing moment. Unlike every night the busy locality had fallen to an erringly silence. At around 2 she started to get wild contractions . I knew the moment was near and now all depend on me,  2 souls one which had still not seen the days light  depends on me . The moments slowly passed . It looked like the night has refused to  call it an end.

The constant ringing of the phone from mom , Rani’s condition, her pale body soaked in her fluid and a hundred eyes were taking a toll on me . I was getting lost in the thoughts but Rani’s wild shouts drew back my attention . I put my head down and could see the first glimpse of hope . A long struggle was coming to an end but end of a storm are the most dangerous .

We need to keep rani calm . Priyanka , Rishabh and the whole group was trying their best to keep her calm , but it was a feminine energy that was oppressed for long was trying to break free . The time passed and slowly the head was followed by torso . The group of women had not left a inch of their place and i could sense the nervousness .

It was too much for me . I closed my eyes and slowly let my hands pull it out slowly . Within seconds i was holding a new born baby dripped in blood and fluids . My feet started to tremble . I felt a pure energy rising of a new hope through me . Priyanka hold me from trembling . I knew i have to act quickly . The umbilical cord was cut and it was towel rubbed and soon i hear the most beautiful sound of the universe . But still the women were staring at me . In my excitement , my pure joy i had forgotten the most important job of a doc . I had to tell the gender .

“It’s a girl”  The women around were expressionless or i just could not make out . It was something between a hope for a new sun and fear of losing again in the dark alleys . I could not control myself more and was hugging and crying her like my own child . Everyone wanted to touch the god’s gift so i passed on to Priyanka . I slowly came out of the dingy quarter and stood in the verandah .It was 5 am , night was wearing out and the small chirpings had started . Light breeze flew past my blood soaked shirt . My silence was broken by a familiar touch . I turned around .

“Take her from here ! She will not suffer , she will rise , she is our hope “

The Brindra Bhadra had already started reciting the mohalya on the radio. The whole locality was feeling a pure virgin energy . For me the agamoni had happened . I welcomed her !!