You are here: Home / Suspense and Thriller / THE REBORN-Betrayal 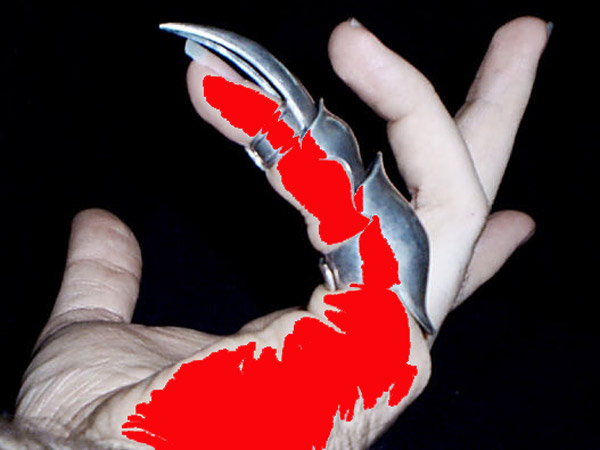 The day is fresh.Very much suitable for a walk. But i can’t afford one. The evening wind breezes are unable to wash away my sadness. BETRAYAL..

I have been facing it these days severely. Now I am facing the person responsible for my loss of walking ability.The mirror into which I have been looking has a scratch, just as the scar on my chin. A loud thud broke the silence. I threw the mirror in my hand away and drove my wheelchair into my house from the lawn. The object fallen now caused me no surprise. I kept that thing on the attic last night. It is fully covered with its own blood. It is Karthikeya, my general manager.

I always consider persons who does not deserve to live on earth as an object. This thing is now suffering to live. I want to free it from it’s stinking body. Then my BODYGUARD Pradyumna, came running to me.

“I’ll handle this boss.Leave it to me.”He said.

He dragged away the object. Away from me. I took my mobile, phoned to Anirudh,I said “Sir,, sir,, help me sir . I am struck. Come fast to one town police station..”I ended the call.

Then my thoughts sprang into my past.

“Come to the office.”I received a call from Sakuni, our M.D. I entered the  chamber. Sakuni and  Karthikeya were standing inside. As soon as I stretched my hand to wish’em, a bullet pierced into sakuni’s heart. He gripped his bleeding heart and sank to the floor. “Bend..”I shouted as I saw many bullets entering the room. We both were left unharmed, but Sakuni succumbed. Suddenly many policemen entered the chamber.

“Arrest him..”Karthikeya shouted. They arrested me. I sat inside the cell. Outside,I  saw something which stunned me.

With a bomb blast sound, I came back to the present. Anirudh has only one car, in which he must come to the police station, in which i made a bomb to be fixed..One who betrayed me for no cause,must not live..So I went in their way..I betrayed him and killed him. Karthikeya finished. Anirudh,finished.The only remnant was Sakuni…I haven’t yet planned to kill him.

Some one entered the house then.To my fortune it was Sakuni. “Come in devil..I have been waiting……”my words were struck due to which I saw now. I became speechless due to that sight. A headache drove me back into the PAST.

I sat inside the cell. Outside, I saw something which stunned me. It was sakuni…How in the world could he be alive and fit! without a bandage!!? Beside him, stood Karthikeya.They spoke something with Anirudh,The S.I in the police station,went away.  Anirudh,The S.I,came to me and said,”Justice is with you . Don’t worry.”He said,walked away.

The police constables entered in and bet me Black and Blue.I was then admitted in a hospital by Anirudh. A stretcher came and stopped in front of my bed. As the face was uncovered, I saw something which stunned me.

I became speechless due to the sight of Anirudh,Who was supposed to be dead.. no killed by my plot. Then Anirudh started speaking.”Oh poor guy!Do you think we people are fools…”His words were blocked by a bullet which hit him from behind. When he fell down,I saw Pradyumna coming. But he does not have a gun…The bullet was fired from Sakuni’s gun. Then sakuni aimed gun towards Pradyumna,my bodyguard. Then before Sakuni spoke, I stood up, walked to him, snatched the gun from him, shot him.

“But you are my son….”I said as one more headache drove me to the PAST.

As the face was uncovered, I saw something which stunned me. It was my wife. I was said that she was killed in the shoot out at office. My son Pradyumna,came running to me.”dad..”,he tried to speak.”No more..”,I shouted controlling my tears.”My loved ones are dyeing. So i don’t have any more now.You just be my bodyguard as I can’t walk”. then,I decided to act as a crippled for no reason. With the ring of my phone and my son’s phone simultaneously,I came back to the present.

I heard a shocking news, that Karthikeya is alive.We both ended our calls simultaneously.”So…What is the news..?”.I asked Pradyumna. He is speaking something which I am not hearing now. He is trying to take out his gun. Within a split second,I shot him,I started crying.

I phoned Karthikeya and asked him to come to the office.”DharmarjunaBhimasena..”I started speaking to my self.”You must finish him.”I wiped my tears and drove to the office. I sat alone inside the Chamber. The calling bell rang.”Come in.”,I shouted.My wife entered in along with my son.I was awe struck.Then came my father along with Karthikeya. Finally,Anirudh came in.My head was reeling . Aren’t all these dead?????Then All sat around me. I went to close the door.Suddenly the door bang opened and “DharmarjunaBhimaRaju”,entered in.The door hit my head. With blood oozing out from nose and ears,I  collapsed.

MAY BE DEAD..HOW ARE ALL THESE  REBORN? My soul thought.

Slowly, I opened my eyes. Sakuni , Karthikeya, Pradyumna, Anirudh, DharmarjunaBhimaRaju, (my brother) and my wife, all were looking at me. HOW ARE ALL REBORN?I SHOUTED . I am in a hospital.”You’ve got a brain tumor.”said Sakuni.”To cure it,you must die or your brain should be strained a lot.”said Karthikeya.

“Your Tumor is gone now.”said  Anirudh.

“now not we, you are REBORN…”said my wife.