You are here: Home / Editor's Choice / All The World’s A Stage 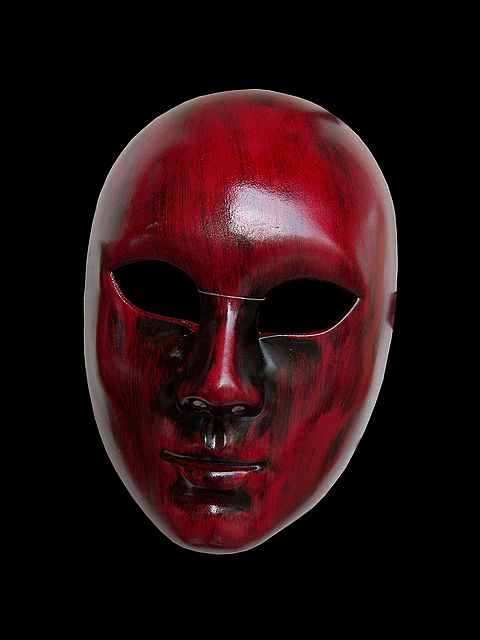 “…and thus I, the fair maiden of Camelot, proceed forward to accept this holy trident and step forth to defend my brethren…”

The actress danced nimbly across the stage as the curtains came down, signalling the end of the act.

“PERFECT!” the director boomed as the staff began clapping.

Lisanna bowed down, cheeks flushed with excitement. Tomorrow would be the first show of The Queen of Camelot, her first as a lead actress. She knew this was it…only few hours left until showtime. Few hours till her dream came true.

She was five feet four, not very tall but neither short. Her wavy dark mahogany hair framed her petite heart-shaped face in soft waves, her long lashes bordering her smouldering coal-black eyes. Her skin was fairer than the fairest of alabaster, her lips redder than the reddest of cherries. The delicate limbs, nimble stance and confident poise made her stand out like a diamond in the rough.

But she was neither proud nor vain about the ethereal beauty which, she believed, was showered on by the benevolence of the gods. If she was proud of anything, it was her acting prowess. The Queen of Camelot might be her maiden drama, but that didn’t mean she had no idea of her own capability. In fact, she had received offers from many performing groups but she was picky; she didn’t want to do anything which she would regret later.

Clad in a flowy white gown as befitted her character in the drama, she did look the Queen in flesh.

“That was indeed a performace of repute,” the costume director remarked as he helped the other actors pack up.

“I am glad you think so,” she said in her soft, melodious voice.

He smiled as he regarded Lisanna with a fatherly affection.

“I am honoured to have you in our team; besides, roles like this suit you. Nothing on the lines of Moulin Rouge will do justice to your talent.”

She bowed again, her cheeks tinged with crimson.

“Thank you, Mr. Carlson. I know I have practised a lot…but still, nervousness plagues me like the hated disease itself…I am afraid, what if I fumble some lines?”

Mr. Carlson shuffled forward and placed his hand on her head.

“Do not let the feeling of nervousness rule your conscience…it will be fine. I am sure, in fact I trust you completely.”

She looked up his face gratefully; Mr. Carlson was a costume director of great fame but his humble manner and genial countenance often made the newcomers feel at ease.

“I promise I will not let you down, Mr. Carlson.”

“That Lisanna!!! I hate her…I hate her!!!” Anissina screamed, wreaking the highly ornate full-length mirror with a flower vase. Tall, slender and shapely with long black tresses presently in disarray and her amethyst eyes bloodshot, she looked like someone ready to kill.

“Miss Anissina…” the assistant whimpered, clutching her clipboard in fright.

“Leave me ALONE!!! Backstabbers, all of you!!!” Anissina screamed yet again, throwing another vase at the mirror.

“Ma’am, director had given strict directions of not partaking alcohol…” the assistant stuttered but quickly exited to save herself from yet another flying vase.

“MERE STAFF GIVING ME INSTRUCTIONS NOW…LISANNA…YOU WILL PAY!!!” Anissina roared, taking another swig from the bottle.

“All the props are ready…just the corpses are left,” said Mr. Carlson, scratching his head.

“Hmm…can we not double up the cast…like the unneeded ones cast lie down as the corpses…” suggested the director.

“Oh hello, Lisanna. Good practice. Break a leg tomorrow, what do you think?”

She smiled as Mr. Carlson looked on encouragingly.

She was about to leave when the assistant came bursting into the room.

“I apologize for such an intrusion sir,” the assistant gasped, breathing heavily.

“But it is Miss Anissina…she is drinking and presently behaving in an uncontrolled manner…sir, no one in the staff is able to subdue her…”

The director, a middle-aged man with a bald head and unshaved visage, scratched his chin.

“That Anissina…Lisanna, you leave now. Be sure to rest well…I do not want my lead actress falling asleep in the middle of the drama and I am sure you do not want anything like that, do you?”

With a twinkle in his eye, he bid her goodnight as he followed the assistant out with a heavy sigh.

Lisanna stared at their retreating backs thoughtfully. Anissina was the group’s self-proclaimed diva; the star with an attitude to match. But with a string of disastrous performances along with an ever-growing association with the darker side of society, she was soon on the way to get replaced. And when Lisanna was accepted aboard, she was relegated to the position of her understudy.

And she knew Anissina was anything but pleased; and her few encounters with the former star further cemented the fact. Though she felt sad for her, there was nothing she could do.

She slapped her head slightly. Focus on tomorrow, girl. Forget about everything else.

“All the world’s a stage, And all the men and women merely players…”

Lisanna huddled her shawl closer as she hurried home. It was already an hour past midnight and the streets were devoid of any decent folk. She strode forward, praying to all the gods above that she might reach home safely and quickly. Her skirts swished over the rain-drenched cobbled paths as the light wind whistled passed her ears, raising goosebumps over the exposed parts of her skin.

Lately, the city was reeling under the terror of a serial killer, a maniac who preferred killing his victims in a very graphic manner. Even the newspapers opted not to describe the corpses in much detail.

With a sigh of relief, she sighted her house in the distance, the porch lights twinkling in a friendly manner. Home at last.

She couldn’t help but feel an ominous cloud over her heart; something was not right.

Anissina’s mind was clouded with an alcohol-induced haze; she staggered along the street, clutching a bottle in her hand. Her eyes did not focus on the path ahead, instead they were the screens on which the events from two hours ago were being replayed in the loop.

“I am tired of this, Anissina. You should realize…your reputation and your uncontrolled behaviour has made you barbaric to the outmost extreme. I know I am sounding cruel but that is the truth. Your days are past, it is best you accept it instead of terrorizing my crew.”

“Li..san…na…” she whispered in a guttural voice.

Lisanna fumbled in her handbag for the house-key when she felt the hairs on the nape of her neck stand on their ends.

She was being watched.

Her hands shook slightly as her fingers turned in the key as she willed her head to retain focus.

Just a turn of the knob and she would be safe…

Just then, she felt a warm breath on her shoulder.

“I am sorry…I do not have any money…” she whispered, shaking with fright.

“It is not money that we desire…” the voice drawled roughly.

“Then what…” she trailed, willing herself to stop shaking. Her house was little on the outskirts of the city the houses on her street were located a good distance away from each other. The flickering oil lamp on the street was the lone source of illumination, save for the tiny assortment of lights on the porch. Unless someone walked up the driveway, none could witness her predicament.

“Surprising, is it not? The way you are shaking with fear brings me profound joy…a pleasure which even the bottle cannot give…” the voice trailed off in a deliberate manner as she felt cold metal slide over her neck.

“Is it not astonishing what this little piece of metal can do? When it is blunt, it hardly earns a second glance but when sharpened, it can easily draw attention? Interesting psychology, eh?”

“Please oh please oh please…I pray, leave me…I have no wealth that can satisfy you for I myself am a penniless woman. This house is mortaged, my jewels pawned so that I obtain enough money to eke out an existence,” she begged, gripping the door knob tightly in an attempt to steady herself, painfully aware of the cold metal sliding across her neck.

“Did I not tell you, money doesn’t interest me…blood does…” the voice whispered in a low, hoarse and eager voice.

“The feeling when this knife slices through the skin and plunges into the depths of the flesh is exquisite…it is addictive to the extreme…how would it feel if I slide it into your throat…” the voice murmured as the ministrations continued.

And the knife plunged into the throat, blood gushing out, eager to flow free outside the body as her screams pierced through the night.

Anissina stumbled over, falling face first over a sprawled body. She had walked over to Lisanna’s residence merely on a whim, she had no idea what she was doing here. She staggered over to her feet, rubbing her eyes to get her vision clearer.

And she stared at the fallen, bleeding, dead body of her arch-enemy Lisanna.

And before she could comprehend anything, a slim sharp blade protruded through her stomach, ending her life.

The director poked Lisanna’s pale, cold hand with his feet as he stared at the two sprawled figures on the porch. A big hat concealed his face but his blood-drenched cuffs told another story. So did the manic gleam in his usually beady eyes.

“Uncompromising upstarts! How dare they be so gifted? Do they know not that every dream is worth one’s own life. And they wanted to be superstars….of course they will be…they will make such realistic dead, bloodied corpses in the war scene…every scene ought to be life-like…so why not the war scene???”

He smiled maniacally before staring in the slowly lightening sky.

All the world’s a stage…