You are here: Home / Poetry / My Poetry Collection 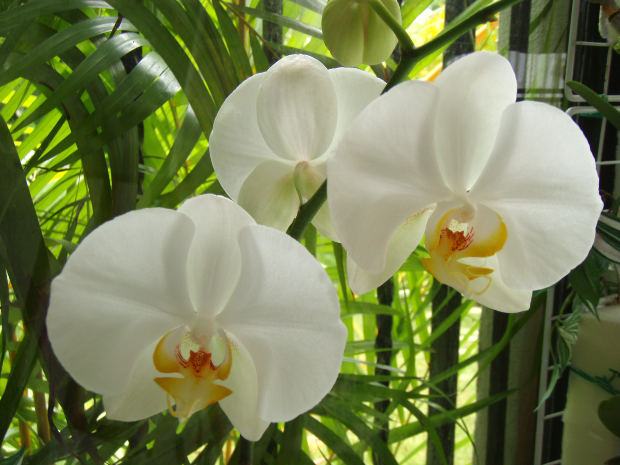 What a Boring Day!

Oh! There’s nothing to do,

It’s raining outside can’t even play.

No book to read, no telly to watch,

Oh! What a boring day!

My brother is sleeping,

Pity, now I can’t tease him.

I wish it was sunny,

Then I go to could swim.

As she just wants to rest.

As my mum knows best.

Or surfing on the internet,

Certainly not playing with the dog,

He is soaking wet.

But wait! There is something I can do,

There’s a poem I can write,

So I sat myself down that day,

Until it was once again sunny and bright!

I was hurrying to my grandparents’ house,

To ask for a topic to write on,

Thinking about the poetry contest,

When I saw something move on the lawn.

I stopped in my tracks when I realised,

That it was a hopping shoe,

So I ran in to call my mother,

Who was very much astonished too,

She raced I to fetch my father,

Who appeared armed with a stick,

He prodded and poked and jabbed the shoe,

And then he gave it a kick!

Out flew a frog and Mummy shrieked,

And now friends, you will all see,

It was because of the frog and the shoe,

That this poem came to be.

Between Now and Then

Then was the hour in which we walked hand in hand,

Now I’m sure my Prince Charming you’d ne’er been,

You’d ne’er been a true friend when I needed,

But now and then is fine, what happened in between?

Then was a sweet dream, fireworks and hearts,

All night, thinking of you the most,

Now I know you were never truly there,

Then was whispering all through the night,

Now is staring into empty space,

But in between was flinging things at you,

Mascara running down the face.

Remember how you made it a nightmare?

Everyone gossiping in the street,

Strange looks and gawks and stares,

Between now and then was heartbreaking,

Then you were the man of my dreams.