You are here: Home / Poetry / Who Goes There? – Poem on Remembrance 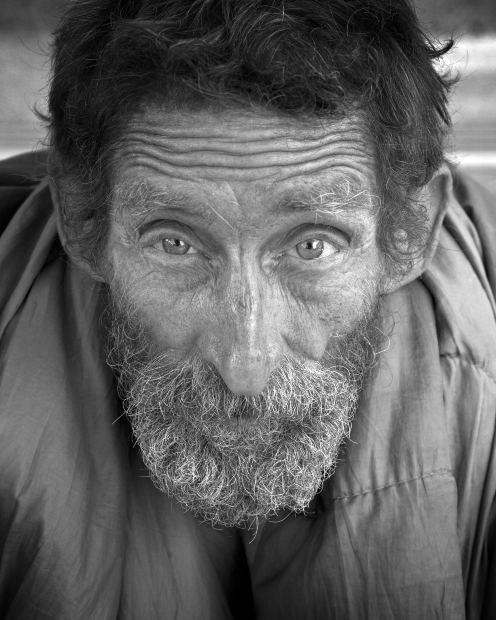 Poem on Remembrance – Who Goes There?
Photo credit: BBoomerinDenial from morguefile.com
(Note: Image does not illustrate or has any resemblance with characters depicted in the story)

He used to sit at the threshold of his ramshackle hut,

Knees drawn up to the level of his chin.

In the village square.

He sat there, alone, all day long,

Peering around with near sight-less rheumy eyes,

And, at intervals, calling out to passers by

He had been the village chowkidaar in his days

And at times he used to hum

Songs immortalized by Bauls of old.

“He was no mean singer,” old timers said.

When he stood up

His frame was gaunt,

With muscles hanging loose from the wide-boned structure.

“In his days he was a wrestling champ

In the village Jatra. None had a baritone like him.”

Now he rarely spoke, except when he challenged,

He was part of our life,

He was our very own.

I could almost see him marching along the village street

At the dead of night

With Bhulo the dog keeping him company,

Calling out, “Who goes there?”

Or, I found him bedecked in a Baul’s garb,

Grabbing an ektara in his right hand,

Dancing as he sang,

Yes, Khuro, I’ll keep you in my heart,

I saw him again lit up by gas lights,

Dazzling in regal splendour, flamboyant with medals on his chest,

With the famous mace on his shoulder,

I’ll keep you in my heart always…

It was on a full moon winter night,

That he stole away.

The moon had risen over the top of the bamboo grove,

A stray dog had started howling nearby.

They carried him away in silence.

Not even Hari’s name was chanted

Lest he be disturbed.

The moon danced on the ripples of the pond.

Gentle breeze whispered in my ears