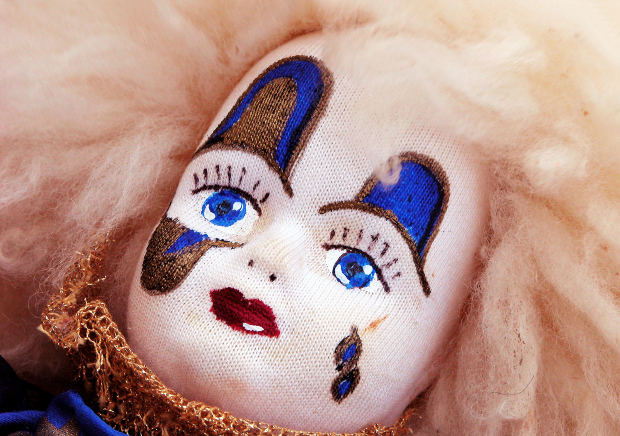 It was a night of unparalleled darkness,

an auspicious night some said,

The night that gives birth to all desires,

but desires within me were dead.

All the coyness,my deep preserved secret

that my father asked me to preserve till the time is ripe,

stood naked before me,ready to be devoured,

by someone whom I had never met.

“He will keep you happy”,

my neighbourhood aunt would say,

Someone from a far off village told my father that

the boy was a gem, and I was lucky

But the pious fire engulfed all my luck,

severed my identity,destroyed my existence,

the thin veil would break tonight,

I was supposed to yield,not offer any resistance.

It was not that he loved me,

my father was against the idea of people loving me,

He was a nice boy,he said,and I was supposed to be with him forever.

And satiate his needs night and day..

Why would I be of any use to him?I said to myself,

The question remained a deep mystery till tonight,

when I was shamelessly asked to cross the threshold because it was time,

for me to reveal everything on that unfathomable dark night.

A sacred night some said,

But devotion within me was dead..

Killed by his hands mercilessly moving across my body,

exploring the darkness within.

I tried to relent but my screams were stifled,

by the roaring noises of his intense fire.

“You are supposed to it every night,” he said,

“I have an insatiable hunger and your body is my bread,

I have earned you and can devour you in any way I want.”

That night my emotions and dreams met their demise,

My life was his possession, he was my god in disguise.

I should worship him every night with utmost sincerity.

His happiness is my purity..

I was half dead that night..I begged

for some respite,but it was greeted with despise..

anguish between my legs,

and tears in my eyes.