You are here: Home / Family / The ABC prayer 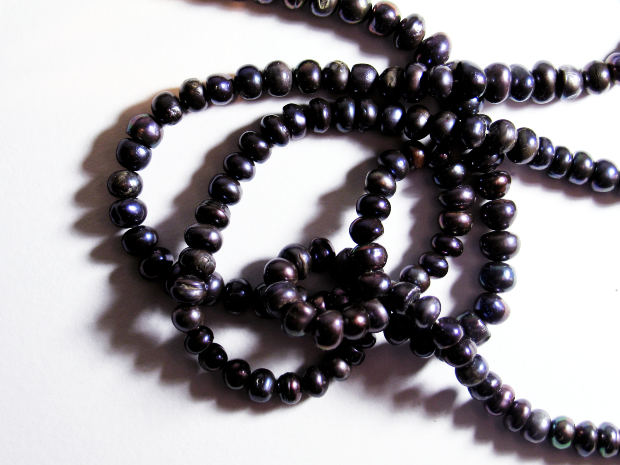 It was many years after grandma’s death that I came across her personal Bible. Actually, it had been quietly reposing in one unobtrusive corner of the old cupboard  – the kind where things are simply stored and aired out once in a while, the things which have no place in daily use, but are still loved enough not to find themselves in the recycle mart.

I had been pottering about the place when my eyes chanced upon that worn out black book. It seemed characteristic of its owner herself – the quiet lady, always smiling – in the background, ever occupied with cleaning, cooking and washing for her family which comprised eight children, besides herself and her husband, not to mention the family pet dog which had also been there for years.

As I idly flipped through its well-thumbed pages, I noticed that she had made so many notes alongside the margins, in her small neat hand. Some contained her own reflections on the Bible passage, while others were snippets from Sunday messages.

As I came to the very end of the hardbound cover, my attention was caught by a column of the alphabet – A-B-C written down lengthwise and notes following each letter, all in grandma’s own handwriting.

I glanced at it closely and realized that the letter A was followed by the word ‘Aged’, while the word ‘Barren’ followed the letter B.  C was followed by the word ‘Children’… and so on they went till Z. It was grandma’s unique prayer list. For instance, when she prayed using the letter ‘A’, she remembered all the old folks in her neighbourhood and family.  When she prayed using ‘B’ she interceded for all the barren women she knew, to be blessed with child.  Similarly, ‘D’ stood for ‘Depressed’, ‘P’ stood for ‘Poor’, ‘S’ stood for ‘Shut-ins’ and so on….

The more I read that simple yet so profound list; the more I tried to imagine what kind of person grandma would have been.  I had been very small when she passed away and so I never had the opportunity to really get to know her.  But now, so many years later, this worn out Bible seemed to provide me an insight into a remarkable lady who had had to juggle home and a teaching job to stretch finances, who had never had the luxury of the fancy gadgets we have today to make life easier, who had never known a day’s rest from cooking, cleaning, washing and mending and yet…. had had the time to pray- not just for herself, but for the various needs of those around her.

I dusted the Bible carefully and knew where it deserved a place- on my writing table, where I could look at it each day and perhaps even follow grandma’s pattern of prayer. I realized that I had actually come to know grandma for who she really was – a busy lady who still had made time for the A-B-Cs of life which really mattered.
__END__