You are here: Home / Family / The Art of Dying 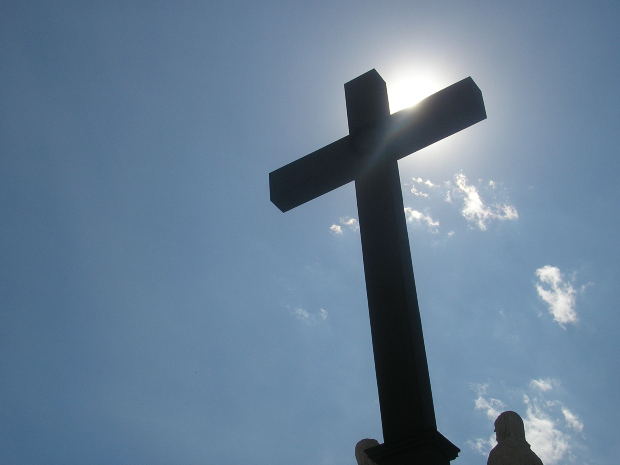 “Please take unto you, your child. In the name of the Father, the Son and the Holy Spirit. Amen.”

The casket lowered into the ground, the crowd dissipated and the crying faces turned away.

“Father John, thank you for a wonderful service,” the crying wife said to me. I blessed her and prayed for her strength.

I had been working as a priest for more than two and a half decades. In all those times I had faced many a situation of sadness and grief. I never thought of acting as a minister in weddings– a fact I was yet to find an answer to myself.

It was the third funeral service I was performing that week and I was not surprised. Death was everywhere, and it was inevitable. God was always calling upon people– at the end of their time. Not an end, but the beginning of another adventure. The dark, mysterious, sneak-upon, the dreadful– I was witness to it. It was my duty to pass them on, safely to the other side.

I was sitting in my office when a woman appeared at the door.
“Good evening, Father,” she said. Her face was dark and not clearly visible in the dim light.
“Good evening. Of what use can I be to you?” I replied.
“I need to arrange for a service, for tomorrow.”
“Oh, child, it is not me you talk to. But leave it with me, I’ll see what I can do.”
“Thank you, Father.”

She was standing in the doorway, all the while. But as she turned to take leave, she stopped and faced me again.
“Father, does everyone go to heaven?” she asked me.
I smiled. “Yes, my child. We are all welcome into God’s abode.”
“Thank you, Father,” she said and left.

The next day, I was getting ready for the service. It was a rather quiet service– not too many people, only about four including the woman from the previous evening. There weren’t many flowers either, just a bunch of blossoms. The deceased was a young boy, lying peacefully in his open casket. And then suddenly, my eye caught a face in the crowd. It was a face I had seen before– mostly through terrified and angry eyes.

His name was Matthew DeVitte and he was a thunder on every street. I recognized him from my early days as a schoolboy. He was menacing and fearful. God had bestowed him with enormous strength and power, yet he never used it for the good of people. He spent his days bashing up the local boys, and creating nuisance around the neighborhood. I remember, one dreadful day, when I was targeted by the boy.

I was going back home when I was cornered by him and the boys. They picked on me, and said spiteful things.
“Fanny boy,” they used to call me. “Won’t you call out to all your friends? Call them, call them.”
“Please don’t hurt me. I have nothing against you,” I said, shielding my face with my tiny palms.
“Hurt you? oh no, never.”

They had brought sticks with them. And I went home bruised and broken. I was filled with anger and vengeance. My fists were thirsty for his blood.

“With us today is a young boy, standing at His gates…”

As I ended, it was time to lower the casket into the ground.

“I have to close the box. Have you any last things to say?” I asked.

I saw Matthew come forward just a step and then stop and said nothing.

The box dissolved into the ground and was buried beneath the earth, waiting to pass over to God.

I was on my way back when I was called upon.
“Thank you, Father.”

I turned around to see Matthew.
“You are welcome,” I replied.
“I think,” he spoke again, “I think He punished me, you know, God. God punished me for being such a bad person. He took… he took away my boy. My little boy…” he broke.
He was crying like a child. Like those tears the other children would shed as he marred them inside. He was that boy. He was as I was on that gray day. He was feeling the pain of sticks as I did. Only magnified by thousands.

I was taken aback, stunned even. I was at a loss of words.

He clammed onto me, falling apart completely. It was hard to see how easy it was to bring down a man, bring down anyone, with the weight of loss. That beneath the many layers of skin, bone and muscle, there was just a blow of gray news standing between everything and nothing.

Knife to the heart.