You are here: Home / Family / THE BAMBOO HUT 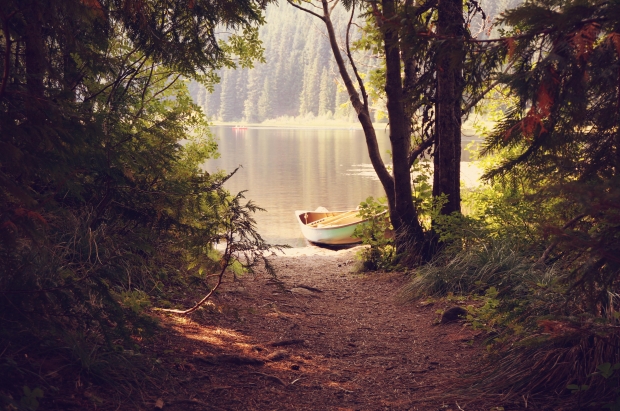 The setting sun was a blaze, and its angry rays coloured the waters on Lake Victoria. Mboga’s heart was beat fast, he had never  seen the dish of the setting sun look so big and ominous. He moved towards the foot of the sacred hill of Ramogi where his ancestors had, from time to time immemorial worshipped god and pleaded with the ancestors.

For many years Mboga had beseeched Ramogi, the ancestor of the Luo people to intercede on his behalf for a son, an heir to the beaded stool of the “Kabido” people. He decided to make one final.

Darkness was falling when Chief Mboga reached home. In the inner compound of his homestead his numerous daughters were busy helping their mothers to prepare the evening meal. Although he loved his sixteen daughters, they were like birds in the air who would migrate when the right season come. The drizzle that was there during the night continued to the early morning and the children stayed in their mother’s huts.

The bamboo hut stood next to the chief’s large hut. It looked so beautiful in the morning drizzle. Achieng took her eyes of the hut, the chief had promised the hut to the wife that was going to bear him a son an heir to the beaded stool.

Two months after the chief had visited the sacred hill, Achieng gave birth when she was still out in the well. It was a baby girl, the long nursed desired for a son turned her heart against the baby. She wept bitterly to herself and wondered how she was going to break the sad news to the husband chief Mboga. As if a miracle had happened she felt a sharp pain and she gave birth again. This time round it was a boy he was named Owiny.

Achieng decided to keep to herself about her having two children. The riverbanks were still empty because not many people fetched water at this time of the day. She named the child Apiyo and decided to leave her near the well wrapped in a basket. She later took the son and walked with him home and sipped into her hut unnoticed because people were having their midday meal.

A mid all the revelry, Achieng maintained a most singular gravity, she felt as if something in her heart breaking. She could not go on like this any longer, should she look for her daughter? No she could not do something like that. Could she tell chief, but how?

Achieng went to the well on the sixth day to bathe herself after confinement. She walked hurriedly past the place she had abandoned her daughter Apiyo. There was nothing on the spot to betray her, and the long grass stood erected as though nothing had ever rested on it.

As she trudged along on her way home, Achieng had many thoughts nevertheless, and ever vision about her lost daughter, She saw an old woman pick up her daughter by the well, she saw a perfume a kind of witches dance before carrying it away. The woman walked away with the child into and disappeared into the evil forest. Achieng yelled unconsciously.

Years went by and Achieng’s state of mind did not get any better. It was a life of versions and depression in the day time and nightmares, at night. In the meanwhile Owiny grew up to be very fine and strong young man.

One afternoon as the chief was in his regular walks to the sacred hills, when he found a group of young girls carrying firewood. All the girls stood aside to let the chief pass apart from one her name was Apiyo. That night the chief discussed with his son about Apiyo and Owiny got curious to meet this girl. Owiny kept a close watch on the girl, he send his guard to go find her whereabouts. The guard came with a positive answer where she was, and he went to find her.

Owiny was shocked by the girl’s natural air of importance. He never took orders from anyone, let alone any woman, he swallowed his pride. Apiyo threw her loin cloth round her waist and emerged from the water unafraid. She grabbed the other lion clothes and passed to the friends who were hiding in the bushes.

Owiny felt warm and uncomfortable where he stood, for the first time in his life he was unsure of himself. He was sure that she was the girl that he wanted to marry. He told his father and the chief sent messengers to get information about the pretty girl. The messenger came back with the message that Apiyo had no clear origin. Owiny could not bear with the information.

Achieng could not also not let the truth go, so she decided to unfold the story to the chief. The chief was shocked about the news and at the same-time he was so happy as they rejoiced and celebrated the reunion of his lost daughter and gave thanks to Ramogi.