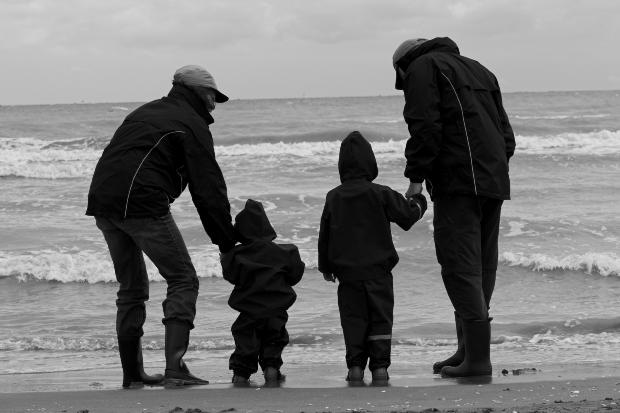 Family Short Story – Do they love me?
Photo credit: Karpati Gabor from morguefile.com

Life is so unfair, isn’t it?
Most of us think like this in difficult times.
There’s no problem in it, in fact it’s human nature that we will always blame someone for our sadness. May be to God or to our luck or to some other person who’s close to us.

This is what happened with Rhea. An adolescent who was living with her stepmother, father and brother whom she never liked. She always used to feel alone at home and also she was having reserved nature so she never interacted much with anyone in school.

She has told her father many times to keep a pet at home with whom she could play but he didn’t agree as he was not able to afford a pet’s living.

Once Rhea was busy in her work that suddenly she saw out of her room’s glass window from where she peeked through the whole new world. There was a park opposite her home and she observed that two girls always used to come there with their mother and father. She always used to look at all people who came there. Once when she was looking at the park, she saw that suddenly one of the girl came to park and she sat sadly on the bench. After a while, she started weeping.

This left Rhea in perplexed situation. After an hour of curiosity, when that girl was still sitting there and looking at other people in the garden, Rhea went downstairs straight out of the door.

When she reached to park,she said,”Hey! My name is Rhea and I live in that house”,by pointing at the grey painted,2 storey house with a vine grown over it. That girl didn’t react,then Rhea continued her words,”I have been watching through my room’s window and I found you very sad as you have been sitting here since 1hour. Is there anything wrong? And where are your parents who come with you daily?”

That girl got tears in her eyes by listening her words and after a silence of about 1min, she uttered,”Those were not my parents.I..I had been coming here with my friends and her parents and now they have shifted to other city. I have been living with my grandmother only. My parents died in an accident when I was about 5 years old..”

Rhea didn’t know what to say at that moment except “sorry”. Then that girl went from that place and when Rhea came home, she was in deep thought.Her mother was calling her but she didn’t listen.

After reaching her room,Rhea started introspecting and as she used to write her daily dairy so she started writing,”Does it really matter whether a person is having mother and father or not? I never thought in this way but the way an orphan girl whom I met, was weeping, it left me stunned.”

If I just have a glance at my daily routine,my parents have great role in it.When I get up in morning,although I don’t reply them but still my parents wish me ‘good morning’ everyday.When I am having my breakfast, although I never say but my mother knows what I like to eat and always gives me my favourite meal in lunch as well. Moreover,my father daily drops me to school even if sometimes he gets late for his work,he doesn’t scold me.Even if I know it’s not a surprise anymore because I know they will throw a surprise party on my every birthday but still they never forget about it.

I never wished them in morning or at night because I have been thinking that they just showoff and don’t love me much. I never asked them what they like to eat in meal as I thought they can eat anything whatever is cooked at home. I never gave them a gift on their birthdays because I thought the gifts given by their friends and relatives are much more worth for them.

Now I have realised how stupid I am.They show their love everyday in all little things they do for me but I don’t see it as I have been blindfolded all the time that I only needed a pet who could love me and my parents only showed love for my brother not for me but I was wrong.

Just then Rhea started finding love in every single moment of life and discovered a new way of living it. Her parents were surprised but quite happy. Rhea also gave advise to that girl that she should come with her grandmother as she is the person whom she should consider as her parents only.

Love is always around you, you only need to discover it with an optimistic perspective of viewing life.