You are here: Home / Family / The Doves 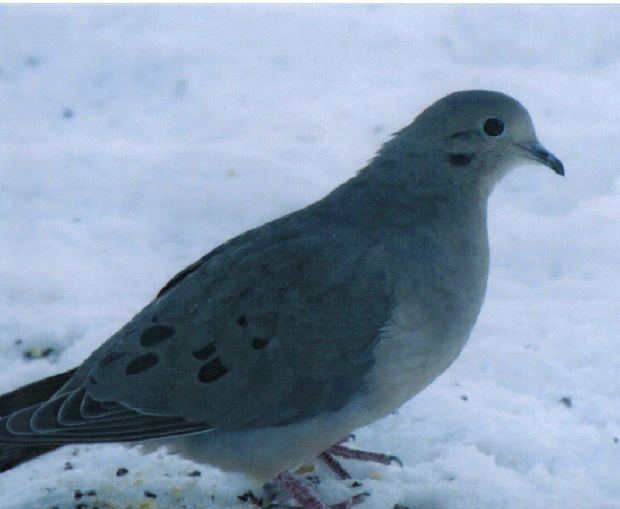 Stepping out into the wild and fierce Canada breeze, even the sun’s kissing rays could not burn away the deep sadness inside of me. Looking back at the old, wooden house of screaming voices, I shuddered, thinking what would have happened if I had stayed. Standing there, looking at my old home, struggling to not give in to the wind and perfectly covered in bent nails and planks from past damage. I had no choice. There really was no more reason for me to stay there, unless I wanted to cause more grief. Confused by the squinting of my eyes in the summer sun, my brain twisted itself to figure out what I would do.

It turns out my mother would decide my fate. She rushed out, boards creaking under her overweight body. How she still managed to be fat is unknown. Her loud, strong voice screamed and echoed sorrowfully in the middle-of-nowhere grass field our family had settled in after long months of hard travel.

“Get out!” her shrill, almost bird-like voice screeched.

My head clicked into place. I turned heel and sprinted away, tears and anger powering my weak body. What have we become? Although it was a thought, it rang loud and true in the vast field. But I know why we are like this. How we had transformed from a family, into… strangers. How we all almost lost memory of who we were, what we meant to each other.

My father. He caused it all, not intentionally, but not by accident either. I still have yet to register what had happened that fateful day. We had been sitting out on the porch, which wasn’t really any less beaten down than now. He was whistling some sort of tun, a folk song, I think. White little birds circled around us, chirping to the beat. Inside the house was eerily silent, but if you heard the screaming my mother does these days, you would have taken the silence. Father was a big man, a big brown mustache formed above his lips, and the most striking features of him were  big, muscular arms and legs with peculiar burns and scratches. He says it’s from his days from hunting, but no one believes him because of the burns.

Well, I meant believed. While he was whistling, a bird landed on his shoulder and started tweeting to the song. It brought a big smile and a laugh for us, since nothing entertaining or funny had happened to us for a while. Father held the bird gently.

“See, here,” he said in his Texas-American accent, “See here, Goldi, a little dove landed on me. That’ll be good luck, ain’t it will be?”

My father talked in a jittery, talkative way, but I loved it because it reminded me of the birds, especially doves because of this particular memory. In the gentlest way possible, he lifted the dove so high it took flight, chirping what I would have thought a thank-you. Suddenly, my mother appeared behind us with a grim look on her face.

“Visitors are coming, Phil. Not so good ones, either. The bandits had given their warning just now, over the phone.” She said all this with the strangest Canadian accent I had ever heard.

“Phil, there’s no time sitting here with the birds, talking to Goldi. We need to find a place to hide, now. Do you want to be left here with the bandits?”

“We could hide in the tornado shelter that’s 2 miles from ‘ere. But what ’bout ‘lil Goldi here? The shelter can only fit 2 people.” Now came the fateful words that decided my father’s death. “We can leave Goldi here. She can defend herself.” At first I couldn’t believe she had uttered those words. But I have known, all these years, she didn’t want a baby, another mouth to feed. She had been showing me every way possible that she didn’t love me or care about me. The only one who cared was my father, who replied to her with a stone expression,

“I’m not leaving Goldi here for a second. You dare put your child in the danger of bandits for the safety of yourself? Let her take my place.”

My father looked disgustedly at my mother, then leaned down and whispered to me, “One day, when I come back from hiding or fighting, I’ll come back for you, and we can leave this place together.”

His words touched me, and tears sprang in my eyes. I hugged him and then ran off after mother, who was already storming towards the shelter.

And then… I don’t know what happened. After I lost sight of my father and came back a couple of hours later, he was gone. There was blood everywhere, but there was no way to tell whose blood belonged to who. We both assumed he was dead. We then carried on with life, me sadly and my mother normally, except she was yelling at me more than usual.

Finally, today, I have decided to escape from the clutches of my so-called mother. With nothing but a few folk songs my father had taught me and a decent voice, I could at least got a meal everyday. The problem was that my starting point was in the middle of nowhere, so I was still traveling in the middle of nowhere. Ten dreadful nights and days came, with no food except a snake I had been forced to strangle, desperate for food. The sun beat down on me, taunting me to take a nap in the grass, vulnerable to predators around me in the empty field.

I prayed everyday for my safety, and for my father’s life. He had to be alive. I could feel it. But by the twentieth day, fatigue and hunger was too painful for me to bear any longer. As I prepared for my death in the field, I imagined the future. My dead carcass would turn to bones and bits, as it would appear as a meal to flies. My mother would probably die, too, as I was the hunter for her. My father… I wouldn’t know.

As I lay my eyes, snuggling into a ball, I heard a whistle that sounded like a folk song I knew. I grew closer and closer, and so did the sound of birds. I finally heard tentative footsteps. As I weakly opened my eyes, I saw a professional-looking hunter with a gun. He was encircled by doves who wanted to hear more of his song. As he grew closer, I caught a glimpse of burns, scratches, muscles, and a mustache. The doves finally circled around me, making a cool sensation around me. As I stroked the birds who had led the man to me, the man opened his mouth and uttered a single word in a jittery, talkative, but lovable Texas-American accent.