You are here: Home / Family / I Lost My Feet But Not My Faith 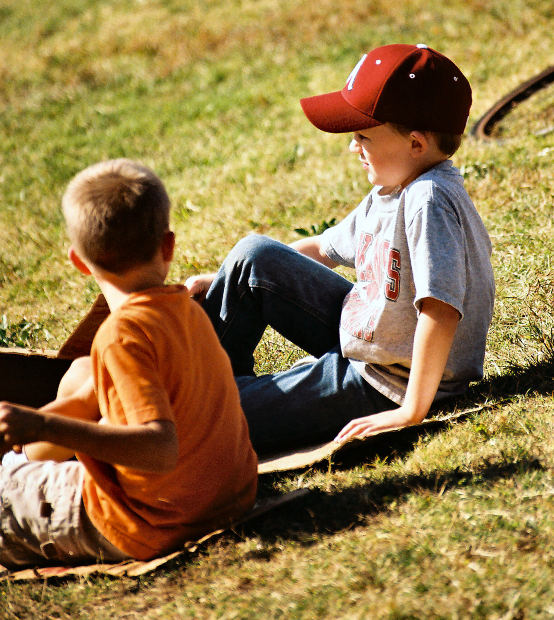 Family Short Story – I Lost My Feet But Not My Faith
Photo credit: taliesin from morguefile.com

“Uncle, why are you sad?” I was a little surprised when suddenly a familiar voice talking in front of me. It was my nephew, named Lance. I carried him and hugged him tight.

“Your uncle is not sad.” I assured my nephew that I am not lonely. But, he insisted that I tell the truth to him.

“You said you are not lonely, but your cheeks is wet. Did you cry?” I gave up. A five year old boy sitting in my lap continued to interrogate me. Before I answered him, I show him my widest smile.

“A’ryt. I gave up. But, it doesn’t mean that your uncle is really sad. I just remember your other uncle, my brothers.” I told him then he tapped me on my shoulder and hugged me tight.

“Don’t you worry, Uncle. Mama and I will always here for you. We love you, Uncle.” I kissed him on his forehead and sang a lullaby. Lance never failed to make me smile. I was like him when I was at his age. As he continued hugging me, I look at the window and closed my eyes. Sitting in a squared bamboo chair, I began humming a sweet song until Lance falls into sleep.

It was five years ago. The memories were never forgotten. The day was December 20, 2000. I was on my way home. A usual routine of riding in a bus going to and after work was my personal choice. I am confident enough that nothing will happen. But, I was wrong. That day, neither did I, we as passenger’s realized that the bus lost its brakes. The sound of wheels screeching, trying to avoid hitting other cars and buses on the road, and the yelling and shouting and crying of the passenger’s broke my eardrums into fear. What shocked all of us, the driver jumped out of the bus and was hit by a big truck.

I don’t know what to do. No one is driving us. Some remained seated. Other’s broke the window using their elbow just to get out of the bus. I tried to run into the steering wheel, but I was not able to reached it. It was too late to grab the steering wheel. The bus collide. The impact hitting a big electrical post along the road knocked all of us down. We lost our consciousness after that incident.

The incident was then brought up by my brothers when I woke up in the hospital lying in a private room. When I woke up, I saw my mother. She was crying. My brothers and only sister were also crying.

“Thank God, Rey. You woke up. Jeff and Ark, call the doctor. Quickly,” I hear her ordering my brothers. “My son, you were in a coma for three months. The doctor said that your life is in great danger. We were afraid that we’ll finally lose you.” She continued her sobbing and crying then a doctor and a nurse stepped into my room. They checked everything about me. Heartbeat, blood circulation, even checking my eyes, and pulse.

“Mrs. Morris, we don’t know what exactly happen, but he is fine. Thanks to your sincere and honest prayers. Your determination and strong faith in God woke him up. However, there is one thing you need to know.” The doctor assures my mother that I am okay, but his last words dragged down their hope.

“What do you mean, doctor? You said he is okay, but…” My mother asked.

“Within the last three months, we were able to check the full x-ray of his body and found that his legs were totally fractured.” He said in a monotone voice.

“You mean, he can no longer walk? Has he gone to be crippled forever?” Jeff summoned the doctor. He was about grabbed his collar, but Ark managed to control him.

“I am sorry about my brother’s attitude, doctor. Please continue.” Ark apologizes.

“It’s okay. I understand. The suppressed feeling cannot be easily controlled. As I was saying, his legs were fractured. I, and the other doctor’s who look into your brother’s case and one thing is certain. He can no longer walk. I am sorry.” Those were the final words I heard from the doctor. Tears overflowing in my cheeks. Again, I was tongue-tied. I survived the tragedy, but my legs will be forever numb.
Months after the confrontation from the doctor, I was dispersed.

Those were the memories tickled inside my head. I thought that being crippled was the most painful memories I have experienced. But, it was not. Missing my brothers during the time of my recovery were the most heartbreaking scenarios I have experienced in my entire life. Why? They went abroad. The day I overheard them, saying that the only way to sustain the medication that I have been to have one of them go abroad to work. All the details were left hidden. The date of their flights, the country they are going, and the nature of their work, they keep it secret.

It was only a day after they left that mother told me everything. At first, I was mad because they hid everything to me. But, later I realized that they only want to help me and our family, just like the day when I was helping them.

“The reason why they left to work abroad is to help you. They told me that it’s about time to give back. You have been working all the year’s of life, helping them, us. Why not give them a chance? It’s time for them to prove that all your efforts of helping them before will not go in vain, will not go to waste.”

My mother was right. Although, I hated the fact that it will take another few years to wait for them, I have never discouraged. I don’t want their effort as well to go to waste. Three of my brother’s went abroad. They were assigned in three different countries. One in Saudi Arabia. The other is in United Arab Emirates and the third one is in Singapore. Knowing what and where they were assigned, I took my step as well on the road of recovery.

Today is December 20, 2015 and they did not arrive, but I understand. I am still hoping that in the year, my sadness will end. If that day arrives, I will be the happiest brother on earth. I have lost my feet, but never was my faith in God. Even if I cannot walk forever, I will humbly and gladly wait in front of our doorstep and hugged my brothers on the day of their arrival.