You are here: Home / Family / Life Of An Orphan 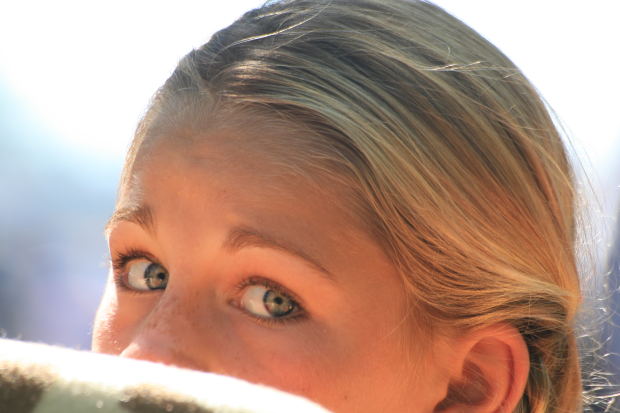 This story is going back to the year 1988. There was a small girl called Effony. Effony was a five year old, cute little girl with red curly hair and light brown eyes. Effony was living in an orphanage in Ontario in Canada.

Effony was from a family who lived in Ottawa, but she was abandoned by her family at the age of one year and was found by a stranger at a park and was handed over to the orphanage, ever since then, the baby was brought up by them. As a little baby she was given everything she needed, food, clothing and shelter.

Effony grew up with a lot of orphan children just like her and she enjoyed herself playing with them. As little effony grew bigger she began to notice that many of her friends from the orphanage were getting adopted by families that visited them. Effony began to then understand the relationship between her and the people around her and also got to know that she was abandoned by her parents and was very sad about it.

However seeing all the other kids being adopted by families, Effony felt that one day she will also have a home and a mum and dad just like all the other children. Days went by and Effony was still not adopted. She then started losing hope of ever having a family.

At the age of seven, Effony was finally adopted by a young Canadian couple George and Neena. George was an Accountant and Neena was a Receptionist. The couple had no children and they had visited this orphanage to see the children there, they noticed this cute little girl, she seemed to have taken a liking to them, so the couple decided to adopt her and take her home.

When Effony was given this news, she was very excited and went and packed her bags and was ready to leave with the couple. The couple embraced the little girl and took her home. When Effony reached the house, she was very happy. They had a big house and a big play area. Neena then showed Effony around the house and then showed her a colorfully decorated room full of toys and cartoons, and told her that, that is her own room. The girl was flying high with happiness. The couple then got Effony admitted into a good school. The girl was very happy with her new life and her new loving parents.

Time passed by the little girl Effony finished her schooling and went ahead to join one of the top Universities in Canada. She excelled in her studies and was goal oriented and was a very obedient child to her parents, George and Neena.

Effony one day decided to visit the orphanage that she was living in. She went there and met all the management there and spent a lot of quality time with them. While she was chatting with the Nun there, a few things that were said to her made her get really curious about her past, her actual biological parents and details like that.

Effony then asked the Nun there for details of her parents. The Nun told her that she does not have all the information but she would try and find out the details for her. Meanwhile when Effony went back home she spoke to George and Neena and told them that she was really curious to know about her actual parents.

They were initially worried that their daughter wanted to go back and find out all the details of her past and thought that she might want to leave them and get back to her actual parents, but then Effony assured them that she would never leave them and she is very thankful to them for everything that they have done for her. She only wanted to know the truth of her life.

A week later Effont went to the orphanage and met the Nun and the Nun told her she had got all the details of her parents. The Nun said that her parent’s names were LLyod and Shirley, they were from Ontario. They were from a very poor family and could not afford to look after a child and that was the reason why they abandoned her. Her father Lloyd was a mechanic and an alcoholic while her mother was a sales girl in a super market.

Effony felt sad about this and asked if the Nun knew where they are living now because she wanted to go and see them. After gathering all the information of her parents, Effony was off to see them with a lot of mixed emotions of happiness, sadness and excitement.

As she reached the place she noticed an elderly lady sitting out near the lawns, she walked up to the lady and asked her if she was Shirley? The elderly lady said “Yes, I am…. Who are you my girl?” Effony with tears in her eyes said, “I am your daughter mum. Why did you abandon me?” The mother was shocked to see her daughter after eighteen long years, she hugged her daughter and welcomes her into their home. The mother then explained the entire story to the girl and apologized for everything.
Towards the evening Lloyd arrived home, he had changed a lot from what he was in the past, he had given up drinking and was a work oriented man. He asked his wife who the girl was and was soon told that she is his daughter. The couple was happy that they have finally united after many years. Effony was content that now she knows the truth of her life and told her parents it’s time for her to leave.

The couple was very sad that she had to leave them and go and they tried convincing her to stay and wanted her to atleast spend some more time with them. The girl explained to them about George and Neena and all that they have done for her and that she had promised them that she would be back home. So she left and headed home to George and Neena.

Once Effony reached home, she told George and Neena about everything that happened. They loved Effony a lot and felt sad for her situation. Then George said that she could bring her parents to live in the outhouse of George and Neena, in that way all of them could spend time with Effony and she would be able to live a happy life with all of them.

Effony soon took the news back to Lloyd and Shirley and they moved in to stay in the outhouse. Ever since then Effony felt like the happiest person as she finally had an amazing family, she had both her adopted parents and her biological parents with her. This way the united family lived happily ever after.