You are here: Home / Family / The Nirma Boy 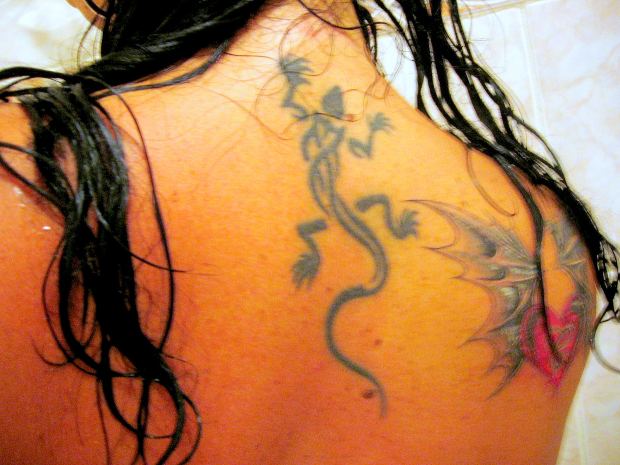 “Chalta hu”, “nashta chai tayar hai”, “pani garam hua” were the only words 57 years old Sadashiv Deshpande used to utter in the morning. Whose day, started everyday at 6 am, followed by 40 mins of yoga, 20 mins of breakfast & tea, 20 mins with his marathi daily & his local train at 8.18am, a routine he never missed for over 30 yrs. Although he worked with BEST, he rarely travelled in the BEST bus and preferred his convenient local train to communicate to his office near CST from his residence in Parle.

But today was different; rather the past 10-15 days were completely different with no yoga, no marathi daily, abrupt breakfast with or without tea. And almost every morning & evening the Deshpande residence was witness to either a Tsunami, or Hurricane or an episode of Mahabharat.

Sonal Deshpande, Sadashiv Deshpande’s 25 years young, beautiful, intelligent architect daughter had exploded an atomic bomb. She had boldly expressed her interest on a wed-lock with Pankaj Kamat, a 28 years young advertising professional. This expression was not well received by the Deshpande couple, and their 73 years old mother. The only one exited in the family was Sonal’s 20 years young brother Aakash.

A series of discussion which started with healthy conversations used to end with comments like, “your generation”, “generation gap”, “life is not a dream”, “you don’t understand us” & so on & so forth. A logical conclusion was drawn; it was to meet the “Nirma boy”, a title that Sadashiv Deshpande had given to the advertising professional Pankaj Kamat.

He never really understood what these so called advertising professionals did; his knowledge on advertising was confined to the detergent, soap, biscuits & beauty cream ads. His imagination on these professional’s ran weird, thanks to some movie he had seen few yrs back, where the hero, an ad man & his team preferred to sit on the desk & rest their foot on the chair. Some weird stuff written & posted on the office walls & as well on their body (some tattoo or pierced body parts) was beyond his experience of a BEST office with neatly dressed people & paper-file work on desk, with bus route & bus maintenance.

During the so called healthy conversation held on a Tuesday evening, it was decided that Saturday evening would be the day to meet the Nirma boy, over “Dinner”, “Dinner” was again not well received by Sadashiv Deshpande. But, later through a voting process, Saturday dinner was finalized.

Here started a series of mind game, everyday, every time Sadashive Deshpande came across any youth; male or female with a pierced ear, or an eye brow, or spike hair (which he regarded as antenna) or a tattoo, or any youth with a fancy gadget like a tab or a note book; he guessed him to be his so called Nirma boy. The mind game reached the peak when Sadashiv Deshpande commenced his lectures in the local train, station & in his office.

At a couple of occasions, Sadshiv Deshpande had given a “piece of mind” to a young boy with spikes. When he had commented on him, saying “apka mobile network humesha full hoga na!! sar pe itne antenna jo hai”. To another youth, with a tattoo that read “16 till I die”, he had commented “its good to be young at heart; only if you put your life for better use & not vial it away”. The young boy never understood what Sadashiv Deshpande meant. Not that, he had never seen a tattoo, his daughter Sonal had one, on the back of her neck (which he thought was exceptional, because of his mis-understanding of the tattoo). It was of a small cute kid with a bow & arrow, which he thought depicted “Bal Krishna” or “Lord Ram as a kid”.

His temper rose everyday with every “yo” youth he came across. Although most of the times he never understood what the tattoo meant. For instance he had read a tattoo on the wrist of a neatly dressed youth, standing in the local train which read “Life sucks & Love @#&%$”, Sadashiv Deshpande rose from his seat to enquire the youth what the tattoo meant. His curiousness was about the alphanumerical @#&%$, which according to him made no meaning. But, unfortunately the youth boarded off the train & Sadashiv Deshpande couldn’t address his inquisitiveness. His other growing mental difference was, why should every youth converse only in English!!!

On entering the living room, the Nirma boy first greeted Aakash, as if he was his long lost friend. Standing in the balcony Sadashiv Deshpande was keenly observing the moves from 180 degrees of his eyesight. His daughter invited everyone to join them in the living room. Nirma boy on introducing to the grandmother, first touched her feet. This gesture was unexpected by Sadashiv Deshpande. Nirma Boy then greeted the Deshpande couple with a namaste gesture & spoke in Marathi “the official mother tongue” of the Deshpande & Kamat family. This was his second shock, by now he was ready to regarded the Nirma boy as Pankaj (in his mind), although he spoke very little to him.

Pankaj, was now busy selling his goodness to the Deshpande family & explaining them about his work. Nothing attracted Sadashiv Deshpande’s attention, only for an advertisement that Pankaj explained was his piece of creativity, “the cupid ad” of some chocolate. No one really understood what cupid meant, for which he explained “cupid” is a cute kid with a bow & arrow, which is a symbol of love. Triggering Sadashiv Deshpande’s memory boosters, realized where the tattoo on the neck of his daughter came from.

The interaction then continued on the dining table, when Pankaj almost swiped everyone with his charm, when he ate all the food served without a single comment & appreciated the delicacy, of bitter melon (Karela) & dill weed (Shepu). It was on Sadashiv Deshpande’s insistence that such a menu be cooked. Post dinner when the conversation continued back in the living room, Sadashiv Deshpande was in a better state of mind to converse & a couple of times he actually addressed him as Pankaj Beta.

It was now time for Pankaj to leave, when he actually touched the feet of the Deshpande couple & the grandmother, to which Sadashiv Deshpande, with gratitude gave an open invitation to come home for dinner, any-time he desired. When leaving, Pankaj bent down to tie the shoe lace & folded his full shirt, displaying his tattoo “Life sucks & Love @#&%$”.