You are here: Home / Family / The Overcoat 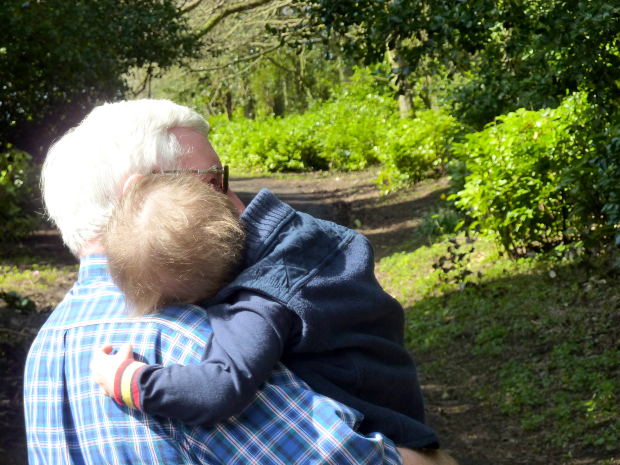 “So you are going to meet your granddad after long time. Right? ” Rahul’s friend asked him.

His friend dropped him to Airport where Rahul has to board the flight to his native. After 2 hours Rahul reached the main city and from there he needs to take a bus to reach his native. While travelling in bus, memories gathered him.

“I remember it like yesterday. My parents died in an accident when I was five. From then for me the whole world is my granddad. He used to take care of me a lot. My native is a small village. Ours is a very small home with a living hall and kitchen. My granddad is strong, hard worker and a determined person. He is 80 years old now. But age is just a number for him.

He is a farmer where he worked for wages to plough the fields, sow seeds and water the plants. He looks after the crops and saves them from being spoiled by stray cattle or wild animals. He enjoys no holiday. At noon he takes his meals along with me under the pillar that stand erect on the centre of the living hall. I used to sleep in the living hall with my head rest on his lap. He tells many moral stories. In the evening he returns home, tired and exhausted but still try to play with me. His love and care increased day by day. All his hard working is meant for my higher education. He always wished me to do Engineering. Now I’m working as a software engineer but no one knows there is a poor farmer’s hard work behind it.

I wonder whether he would have anything wish for himself. He leads a simple life. Eats simple food and wears coarse clothes. That day I came to know his funny desire when he met his friend after long time.

“Welcome Ram! What a pleasant surprise? “

My granddad hugged his friend who came to our house after several years. He is also a farmer belong to same village but he went with his son to U.K who is actually well settled after he got job in that country.

“You look so different. Hey what is this overcoat you are wearing? It’s very nice.” My granddad examined his overcoat and felt it by touching the smooth satin overcoat.

“My son bought this for me.” The old man replied with pride.

For around four hours they both chit chatted. After he left, my granddad as usual continued his work. I went to hug him from behind. I grabbed his shoulders and started playing piggyback with him.

“Thatha (Granddad)! So you love to wear an overcoat like that? “I asked him still holding his shoulders from backside. He took me in front and gave me a puzzled look.

“No son. I have never wished in my life something costly to wear or eat or to enjoy. For a single man like me there is nothing greater in this world. All I desire is to work hard and earn money for your education and future. Ah… What an idiot I am speaking so seriously with a little boy? Now say what made you to ask such a question son.”

“Hmmm. No thatha I wish to buy you a nice overcoat like that when I grew as a big fellow” I said pinching his long moustache he got.

“If that is your wish, I’m  sure that I will wear it one day my son”

Loud Whistle blow filled the bus. There came a stop to the remote village. Two village men along with Rahul got down at that trunk point. There is only a small mud road showed direction to the village which is surrounded by big rocks and withered plants. Rahul took a horse Tonga and reached his house. He is very surprised to see lot of people gathered his home and crowd was mourning. It was very strange for him as he actually not informed his people about his arrival to them. He entered the living hall with much fear and shock. Many people were crying all around and there he saw the man’s dead body lying on the floor beneath the pillar who is none other than his own grandpa.

“Oh thatha how can you do this for me. Won’t you come alive to see your son? See Now I’m an Engineer and I’m working for a MNC. I’m earning lots of bucks per month.”

Rahul cried out loud holding his grandpa’s toes in his hands. He took the neatly packed overcoat and opened it. He opened the buttons of the overcoat and spread it over the grandpa’s body as a sheet. His body covered with the overcoat and the smile on his grandpa’s face showed him some truth that though he is no more, his wish was satisfied and his spiritual will rest in peace forever.