You are here: Home / Family / THAT SPECIAL BOND 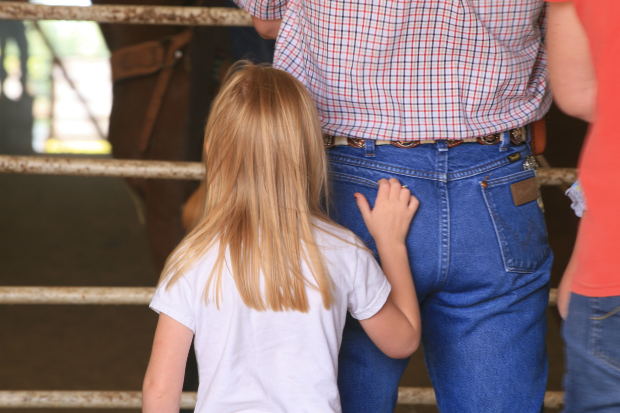 I’m an extrovert but sometimes, for some people ,call them  strangers , I’m the most mysterious and shy personality. When I think about my relationship with my dad , my notion of being an extrovert proves to be wrong because he is not a stranger to me. Everybody believes or I may say, it’s  a proven fact  that boys usually are more close to their  mothers and girls usually build up a beautiful bond with their fathers but the latter one doesn’t apply to me and not the former one  either.

Being a teenager, “the most unstable phase of life”, I show a lot of traits which reveal that I’m metamorphosing into a woman. Smiling at random things  for no reason, jumping over little achievements, sometimes shouting at the highest pitch of my voice as if I’ve been raised to the hell  and the thing which needs to be mentioned , “I get horrible and crazy over minor things”, which  may be ,according to everyone ,is a teenage problem but my mom believes , I’ve inherited this tendency from my father. So why this biological trait can’t cement that bond which every girl has with his father but  I don’t?

We share a formal relationship, he asks the important stuff, I answer him and that’s it. No one of us cares about how the day was , whether teacher/ boss got red over any  one of us or something else that’s beyond the formal conversations.

My  English teacher once asked, ”don’t you think this needs to be changed? You must make an effort to bring up that mutual understanding in your relationship to an extent that can give you some place in his heart or can help you both cement  that mutual bond with some durable matter.

I said-“ Time is a great healer”. And she never raised that question again.

I never wanted to bring a change, I just wanted to leave the situation to what it was . There was something which stopped me to even pick out that residual love and understanding to form the base of the new relationship. I never wanted to give it a try. I believed everything has just evaporated between us  that makes or breaks  a bond. we were like strangers under the same roof and there were no regrets.

But that day made the  wind to blow the other way round. That moment compelled me to change my perceptions about him, not totally but at least to a satisfying and revolutionary peak. My dad is a complete music worm and he listens to some 90’s music. He loves that era , why not ?. He belongs to it or may be that era belongs to him. So he got a bunch of melodies from one of his colleagues and asked me to copy it to his phone. I took the stuff , the phone and started punching the keys, but to my amusement and horror too , the card  had not enough memory and I created disaster . I deleted every single thing that ever existed in that  memory card , his songs too.

Dad just lost it and started shouting at the top of his hoarse voice. It was like snatching a cup of milk from a hungry cat. I didn’t have breakfast that day and it was the most red season , ”summer”. I was already feeling drowsy and was standing at the same place for some half an hour or more than that. So I went straight to the floor,

“what happened? “, that was all I could hear in my mom’s squeaky voice. When I opened my eyes, I was in my bed and  my mom and dad were over my head peeping  very keenly  . May be we don’t share a usual father-daughter relationship till now but that moment made me realize that  he is my father.

“There were tears in his eyes”, though he tried to hide it but it was in vain. I did see the last drop.