You are here: Home / Family / The tiny furball of love – Family Short Story 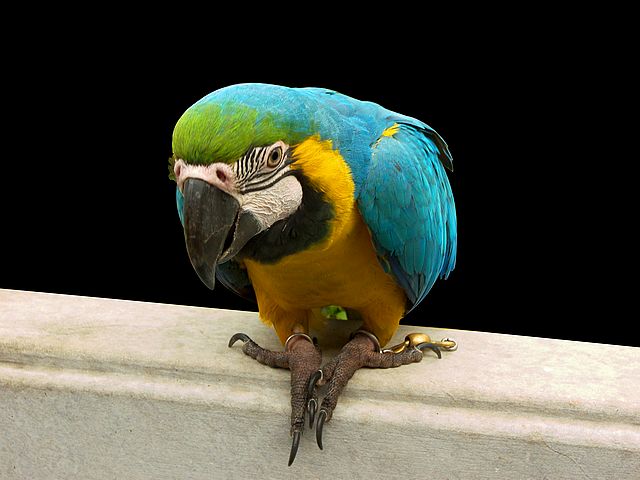 I used to sit down at the corner of my balcony staring at nature’s colours. Who would have thought that nature would come home in a tiny package to offer you love and company? One day, my brother Arnav brought home an injured baby lovebird. I was instantly captured by its flawless bright blue coat. For some reason, I thought about naming him Blizzard. Funny how my argumentative brother agreed with my suggestion.

Blizzard fell off a tree, hitting the ground with great force and injuring his wings. He couldn’t fly. We live in an apartment and kids play around all the time. One of these kids kicked the bird (my bird) “for fun.” Luckily, Arnav stopped anyone else from any further cruel acts and quickly brought him home. I was preparing for my finals, with an exam in two days. Arnav called out to me:

Indeed, I loved what I saw. A tiny furball made of love. He was scared and nervous. I felt his trembling body when I gently stroked him with my index finger. I took him in my palm and pressed him gently against my chest for warmth. He was calming down and I wore an inexplicable smile. Perhaps it was his innocence and the adorable curiosity on his face that made me smile. Not expecting to own a bird, we didn’t own a cage. I am pretty good at art, so I sat down with a cardboard box and cut out windows. I also made a swing out of toothpicks and woolen thread. Once this was done, we placed him inside the box. It took him 2 days to get familiar with the different objects he saw around and the touch of each of our hands. The minute a new hand popped in, he would scream.

Let me share with you certain amiable things he did. Once he got used to us, he never liked sleeping inside the cage. He always expected one of us to be with him all the time. Once I was studying, and he found his way out of the box by climbing every possible nook and corner. Thank God that box was on my bed. Else I would have never spotted him and he could’ve gotten stomped upon. I mean, he’s a tiny breed after all, right?

Another time, he cried till I placed him on my shoulder where he happily dozed off. He didn’t even have a proper grip on his claws and he set out on a dangerous sit-on-the-shoulder mission. He did keep tripping… but I didn’t stop saving him from falling each time. After all, that’s what you do for exams – you don’t study; you watch your bird.

It doesn’t stop there. He was desperate to poop on everyone. Oh never mind… what baby doesn’t poop all over the place? We found it adorable, again. Our love for him was infinite.

After about a week, we got him a cage.  He seemed happy in a bigger house – just like a normal human would.  3 days later, we bought a yellow lovebird to give him company. He enjoyed her company, and she enjoyed his. We named her “Summer.” I had never seen such a beautiful shade of pure yellow on a lovebird, with a hint of green at the tip of its tail. They both got along pretty well and we were happy about it.We have a dog too and he’s more than a sweetheart. He’s a Labrador and wouldn’t harm a fly. He understood that these two new additions were a part of the family and he gave as much love and affection to them as we did. Sometimes, it makes you wonder how intelligent and caring animals can be, as compared to us humans, who fight over petty issues.

Everything went fine for 3 months. One day my dog kept barking at the cage, looking at Blizzard. We didn’t understand what he was referring to back then. He did that for about a week, everyday. We thought he was simply not enjoying their company anymore and ignored his barks. Blizzard was becoming colder and colder each day. There wasn’t enough warmth to comfort him, and as a baby, he needed warmth more than anything. It was winter then. We tried our best to provide as much warmth as possible through warm scraps of cloth. He seemed fine for a long time and my dog stopped barking. Then one night, in order to say “Goodnight,” I gently touched its beak, as I always do to play with him. He opened his eyes and I smiled, switching off my bedroom lights and going off to sleep.

The next morning, my mother came in to greet Blizzard by taking him out of the cage. He was awake with his eyes wide open. Except, they were open since last night, since the time I last told him “Good night,” since I switched off the lights.

Blizzard died an unfortunate death – a death because of the lack of a mother’s warmth; due to the biting cold wind and due to the injury caused by his fall from the tree, and by the kicking of a little boy.

It was the day of my exam and I went to college drenched in tears. I didn’t do bad in my exam but I returned and failed to see my little furball – my nature’s little baby bird. All I saw was a lonely Summer, mourning alone in her cage, who eventually died too. But she, as we later realized, was already very old. The cage was left rotting in a corner for months. It’s been a year and I still shed a tear every time I take his name. We buried him on the ground opposite our apartment. Memories of this little being who cheered us up for a while keep passing my eyes as I walk past that ground. Yes, even the times he pooped on my shoulder.

As for my dog, he only tried to warn us through his barking. He stopped doing so later, because he gave up hope – as he knew the arriving death of Blizzard well before any of us could even imagine.