You are here: Home / Family / The Guy Everyone Wanted , But Her 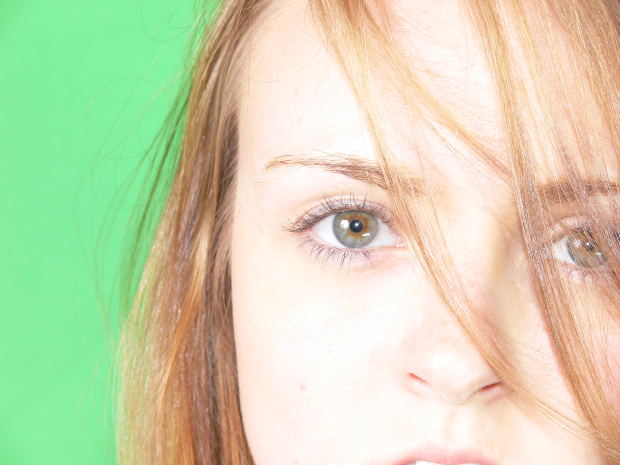 Family Story – The Guy Everyone Wanted , But Her
Photo credit: presto44 from morguefile.com

Kenya is a 34 year old beautiful brown skinned, educated, hard working woman with no kids. All she ever wanted was a family and a man to call her own.

Her teenage years she loved being with other girls men . She got off on it. She never bragged about it, just her knowing eased her mind . Kenya had a strong belief that sleeping with other peoples men made her feel in charge and whole. She felt on top of the world and that she could have these men at any time. That was never the case. Most men she just used for money, or for sex. Some she really wanted for her self . She never accomplished those goals.

In her early adult years at age 24 she grew tired of trying to get other women’s men time . She could never get them when she wanted. She wanted to be number one. At age 25 she meet who she thought would have been the love of her life. His name is Wes, he is tall, handsome, dresses very nice, has a car , no kids either and a job. Kenya just knew he was a great catch.

They first met on the bus stop , but she checked him out the whole ride on the bus. When they both got off at the same stop she walked up to him and said “can I please have your name and number”.

She had to have it. He gave her a number, but not one that worked. Wes was on his way to work. Kenya was on her way to school. Later that night when she called it said this number is disconnected. She was so hurt. She felt so played like always by guys. Two days later out with her girls she stopped by a store and seen him.

Wes said “I am so sorry I gave you the wrong number and I have a car now”.

She didn’t care about the car all she seen was those pretty eyes he had and asked him did he have on contacts. He replied, “hell No. What dude wears contacts he asked”.

She laughed and said “sorry”. Then she stated well I need your real working number and said better yet let me give you mine. If you are not playing please call me sexy.

He said “I will call you in a couple hours”.

He did. She was so happy to hear his voice. They planned to meet up in a half hour. She programmed his number in her phone as Wes is sexy. He picked her up from home . They went to dinner, they also talked all night. They then went to a park both of them walked and talked some more. In the midst of this walking they were smoking weed . After a while she was so blunt with him and said “I want to have sex”.

He told her that they can do that right now. He took her to his place so they can have sex . That was the first night. Afterward they began talking more, by this time they both knew so much about each other. When he dropped her off. She felt ashamed because she got the feeling he is the one and she should had made him wait and that he will never call her again.

He called the next day wanting to chill again. 6 months later after being friends with benefits they started a relationship. A couple years later at age 27 she got pregnant, but had a miscarriage a couple months in. He was cheating on her and being verbally abusive. He would claim and deny the baby all in the same hour. He took her for a mind spin. Before all of this he was wonderful. She meet his family and he meet hers. They all got along so well. Their friends loved them both. He would do anything for her. Paid her bills, hold her hand in public the whole nine yards.

One day something changed in the relationship , but she knew deep down he must always been this way and just showing his true colors. She couldn’t understand what went wrong. She would buy him anything he wanted as well. She would cook for him, be faithful and she still could not get any act right. She did nothing to deserve his mistreatment. She wondered all the time how many other women have he treated this way .

Long after the miscarriage things started to get better again he made up in great ways. Promised her he will never cheat again. Talked about marrying her then one day the abuse got worse. Head pounds into walls, breaking of valuables, telling her he would kill her if she left. Constant pattern of saying sorry to her then doing same thing all over. Women were still coming and going out of Wes life, but if Kenya talked to a guy she would get beat up. Kenya has scars that are visible and non visible. So many people she loved began to figure out what was going on even Wes family .

Many people told them to break up , but she was scared to leave and he was not going to let her leave. He kept making her try to have a baby and she kept losing them. Three times she lost her babies. She had a std twice as well. All the years spent in the relationship no marriage and no kids. Yet so many women wanted him all , but her. They seen the same things Kenya seen in the begin of the relationship . Which was a kindness he pretended to portray to women.

After 9 years she came to grips that she should have been left and maybe no man will ever treat her right and that it is her karma due to she slept with so many other women’s men and maybe she was getting what she deserved. Yet no one deserves to be beat and cheated on. She decided she was going to leave him. She didn’t know where she was going to go she was living with him. She didn’t have a car only he did. She had no job due to a month before he called lying to her manager that she was doing drugs so she was not coming in. When she came in to work the manager said she was fired.

One night when she looked in the mirror after using the bathroom she stared at the scar on her forehead that is there for life. Wes was sleep. She packed a duffle bag filled with her hygiene products, three weeks of clothes and the 200 dollers she had. Kenya called a cab and left.

She went to a hotel and posted on facebook :

Dear women who want Wes all of you can have him. I am not mad at any of you who slept with him behind my back. I was the type of woman you all are now at a point. I however changed my life around. With him I never cheated though I had many chances. I am about to graduate school and his stress and abuse caused me to lose three babies. I never did anything to him to deserve getting beat up for nine years . I never did anything to Wes to lose my job over a lie he told my manager. I never did anything to him ,but make love on demand, cook, go to school and work. I gave him everything. You may all see the fake nice person he seems to be , but I know the real him. You all will do what you want. I am just warning you be careful he will hurt you and not think nothing of it. I know I should have left sooner as I am writing this he is still in the bed and has no idea that I left him. Not just him. I left my apartment with him and the car we shared. I left all my clothes I only took a few weeks worth. That is how bad it was that I had to go and leave everything to get away from him. I will be ok and God will forgive me for my past mistakes and life will get grand for me. If you think it will be better with him and you go for it. I wish you well. Here is the real him though please enjoy this picture I uploaded of him naked cuddled up like the little boy sucking his thumb. Tell him I said I’m out this bi**h. Signed a fed up good woman.