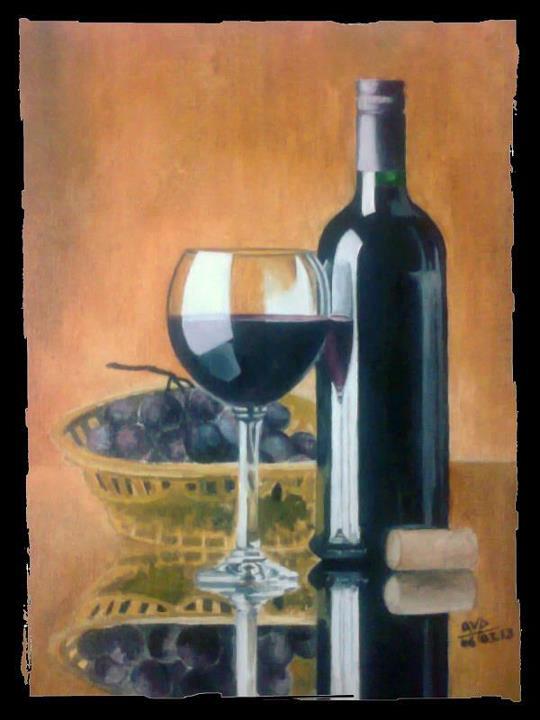 It was a cold snowy evening with a large Arctic Storm system moving in with blizzard conditions and severe cold foretasted for the next days. The old man looked around his cabin, there was ample firewood to feed the fireplace both inside and in the attached wood shelter.

He had enough food to last him the winter as he had hunted & fished throughout summer and fall months and had smoked and canned his bounty as well frozen and canned many summer time vegetables & relishes and applesauce. He’d managed to stay very busy though out the spring, summer & fall months doing as he had for many years stocking food & firewood.

This year was different thou, His loving wife of many years was no longer with him.

He sits by the warm fire and takes a sip of his beloved Jack Daniels. For many years he didn’t partake in alcohol, But lately it helped him relax. He sat back and tried his best to remember the past, sometimes it came to him other times it didn’t. But that was to be expected ,for a few years ago while his beloved wife was still around she noticed a change in him and the doctors acknowledged he had Alzheimer’s.

For the first few years it wasn’t to bad. He’d be a bit forgetful, not remembering certain words in his vocabulary, or maybe recognizing a face but unable to put a name to it. He was lucky thou , He had her by his side, They were so matched to each other she always knew how to finish his sentences if he starting to struggle.

She had cared of him for many years making sure he took his medication daily. In his mind she’d always be there for him, She was the picture of health, It pained him to think when his time would come that she’d be left to pickup the pieces.

But the opposite happened without warning one day she was gone, The house grew so quite, no longer could he hear her in the other room busying herself with chores or reading in the corner in her favorite chair rocking away. No longer did visitors come by, for those that had come by for visits were friends & family of hers who now have no reason to stop by.

A sigh comes from within him, as he tries to think back on this cold snowy night.

As a child growing up he thought he had friends that would last a life time, unfortunately ties broke apart . He found he had little in common with them as they went through their school years. School never came ease to him, He felt he didn’t ever fit in. The guys all played basketball, baseball, football. Their fathers sat by the TV during the weekends and analyzed the games with the boys.

But not his dad, His dad ran his own business and was the only employee. So on the weekends he was either at work or busy around the home doing repairs or lawn care. During the winter season he was busy either plowing snow, fixing broken equipment of his or others or resting up after doing the plowing and repairs trying to energize enough to face the next storm.

So there was no father son time for ball games, So he never learned there rules. His dad would try to take a vacation with the family in the summer a few weeks before school started. This natured his love of camping & fishing. But other then occasionally getting together with the neighborhood kids a few Saturdays during the start of trout season he was left by himself. He remembers saving a few dollars doing chores and getting his mom to say OK to his purchase of a BB gun. He got it home and his dad laid down the rules of gun safety.

So he set up a little range in his families back yard, plinking away at cans and paper targets his mom had purchased for him. After school he’d be out there honing his marksmanship skills. Occasionally other kids in the neighborhood would have BB gun wars, He’d watch and see all the safety issues his dad had preached to him be broken. And then it happened some of the lets say spoiled kids fathers purchased them pump or high powered BB/Pellet guns and injuries happened.

After that a lot of the parents complained if they saw kids with BB guns. He stayed to his self and practiced on his own little range but walking around and true the near by woods & fields was out. He looked up from his thoughts and reached over to put another log on the fire and stoke it up a bit as he could hear the roaring wind outside and the ice pellet the window.

After another sip of his beloved spirits he stared back into the fire not totally remembering his thoughts but moving on to new ones. He remembers still being an outcast with few friends, He was surrounded by a few who he finally realized were more interested in him giving them rides and getting them away from their homes.

And yes in those days @ 18 years old which he was the last year of high school you could purchase alcohol. And he was used to do the purchasing and even did most of the purchasing as he worked not one but 2 jobs and unlike the others had money. A few offered a new substance to him called grass, They bought sandwich bags full and used rolling papers or pipes to smoke it. He honestly tried it but only made him tired.

So alcohol became his choice of escaping. He become a drunk and didn’t even like himself becoming bitter at times. He looked around his so called friends all had girlfriends, He couldn’t understand why even while not drinking not one girl ever showed interest in him. He was clean, a hard worker but no one cared.

During this time he emerged himself into working or car’s as in becoming a gear head and slowed his drinking. He was in his early 20s before he had his first actual date.

After a short romance they married with hopes of happiness together forever. He did as he had in the past dedicated his time to work in hopes of a wonderful life. Unfortunatly many medical issues arouse with his new love. Some to hard at times to face pushing him back into drinking, Using it as an escape.

After 5 yrs of splitting up then giving it a chance again and again it became apparent to both that it was time for a divorce. So again he was alone, Family who all along were against his marriage were sure to rub it in anytime possible.

So he dove father into working more & more hours and when not working found himself alone in a bar , Just power drinking to relieve the loneliness.

And then a much younger girl came along and showed an interest in him. He felt alive again and although he went thru a bad spell losing his license and employment for a year do to his driving and drinking , She stayed in contact with him even after he moved into a secluded area and gave up drinking and found new employment, That at times in bad weather took it’s toll on him as he had to walk 5 miles one way twice a day and be to work at 7am.

Besides work he had little contact with others. On Wednesday which were his payday and a half day for him because he worked on Saturday mornings too making his work week six days. His mom would show up, They’d go to the bank then to lunch and then grocery shopping. This was time he enjoyed.

As summer came his friend became able to visit him, She moved in and took over the chore of driving him around. He eventual got his license back and returned to driving trucks again and a year later they moved into a nicer location and got married.Again a few years went by and he worked hard to have a happy family. Unfortunatly the 2 grew apart he was much older and she was much younger. She wanted the bar scene he had grow out of, As he worked hard to keep a good home around them she reached out and found companionship closer to her age.

So again another divorce and back by himself immersed in work this time he stayed away from alcohol.

Then one day he found a guy going thru similar life situations, They became friends . They both enjoyed the outdoors. He was invited to go on a hunting trip out of state. He enjoyed hunting but hadn’t made time for it in years. Now he again was energized.

Throughout the years he spent many days both hunting & fishing. But unfortunatly this one friend would be taken away about 20yrs later way to young.

Through out the years he did have a few flings here and there but stayed focused on work mainly.
With one of the longer romances he had he was rewarded a wonderful little daughter. He again thought he found happiness, unfortunatly it was again short lived. His daughters mom became addicted to both drugs and alcohol. Because he worked 2 jobs trying to afford the family expenses he was unaware of her problems until he found out she was pregnant. After that he reached out to get her help. It took awhile but every thing seemed to workout. But unfortunatly although she could admit to drugs and get help she refused she had a drinking problem.

Again he was by himself, This time there were countless court fights so that he may have visits with his daughter.As time passed the fighting and constant court expenses hurt his health triggering numerous health issues.He again became alert to the storm outside it was  blowing away. He stared back into the glowing flames.

Then one day it happened, She walked in and asked for nothing only friendship, Although they both come from different up brings they understood each other.

She understood his need to slow down, They enjoy each others company , She made sure he took all his medications. They depended on one another.Tears now rolled down his cheek. He missed her so very much. He stared blankly into the hot fire within him.

Hours later the door to his life capsule opened.A older lady and a younger man walked in together.The young man is a doctor , he hears them talking but is unable to communicate with them, He is still far off in his cabin.The older lady reaches out and caresses his arm and talks to him slowly and shows great love.

The doctor speaks telling the older lady he’s not sure the old man even knows she is there. She stares up and says I know I’m here, I’m his one friend that didn’t leave him.

Hearing those words the old man looks up and realizes he is in a hospital bed and she’s here with him. Although unable to talk he smiles back up at her seconds before returning to his secluded cabin where the flame of the fireplace glow beckons him brighter and brighter.