You are here: Home / Family / The Christmas Candlesticks 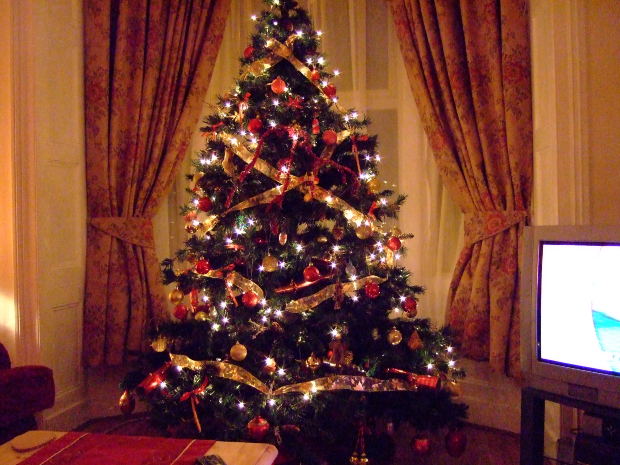 The sun had sat and had given rise to the crepuscule. The wind was blowing swiftly and cool breezes had set in. With the fall of dainty snowflakes the atmosphere had turned even more dreary and gloomy. There was a knock at the door, Mr. Hudson crept slowly towards the door with the support of his stick and candles in his hand.

‘ Welcome back John’ his voice trembled

‘ Dad, haven`t you slept yet?’ John got vexed ‘How many times I have explained you, but you…you just don’t get it’

‘Child I know’ he said dispiritedly ‘I am sorry’

‘Dad it’s for your health’ he said amiably ‘understand!’

‘Did you drop Julia properly?’ he asked ‘And where is my sweet grandchild, Sam?’

‘Yes I dropped her safe and see there’ he pointed towards the car ‘is your Sam. Tell him the bedtime story and sleep fast’

John went inside his bedroom for sleep. Sam entered the house and hugged his beloved grandpa. The warmth and love bonding between the two was so strong that no power in this world could beat them. Daily Mr. Hudson would tell Sam bedtime stories. Sam was just five and believed truly in the fairy tales that his grandpa told him.

The room was totally dark. Woods were burning in the fireplace which emitted heat and light in the dreary room. Mr. Hudson sat on the chair in front of the fireplace and Sam sat on his laps.

‘Who is this Santa, grandpa?’

‘Every Christmas you get a gift, right?’

‘The person who gives you these gifts is Santa’

‘I love this festival of Christmas the most, grandpa, due to the gifts’

‘Hahaha’ he laughed ‘Yes Santa also loves children the most.’

‘Once there was a boy, like you, who also loved Christmas the most. He was very greedy and wanted just gifts. He made a list of gifts with two hundred items in it and placed it in his red sock. The other day he was shocked to find nothing in the sock. The same day when he was roaming out in grievance he saw a poor child dying hard for hunger. The boy got sentimental and gave the poor lad all he had. Santa was watching all this from above with his reindeers. He got impressed and kept a gift inside the boy’s sock. When the boy reached home he was amazed to see the gift.’ He continued ‘ so what lesson did you learn Sam?’

Mr. Hudson laughed ‘No, child. The moral of the story is that if you help others you would be blessed’

The child slept and Mr. Hudson carried him gently to his bed. Darkness sat before his eyes, he felt down with a bash and he fainted. With his fall John woke up and on seeing him he hurriedly took him to the hospital. The doctor reported that the situation was not so critical but if the routine of not taking medicines on time continues, the situation will grow more critical. On hearing this news Julia ran home hurriedly with a helping hand.

On seeing Mr. Hudson in bed for hours the worried child asked ‘What happened to you grandpa?’

‘I’ll beat him’ he said with a wrath

‘No dear you can’t see him’ he said with an avuncular attitude.

‘Let’s go to the church, grandpa’ the child wished

He couldn’t refuse him and they headed slowly towards the church. With candlesticks in their hands they entered the church and prayed to Jesus.

The boy asked anxiously ‘Why do we take candlesticks inside the church?’

‘Listen Sam’ he said understandingly ‘If we lit candles in front of Jesus and pray solemnly, Jesus will surely lit our life with joy and prosperity and hence we lit candles inside the church.’

As they moved out, cold storm struck them. They reached home shivering.

‘Dad!’ John shouted ‘You know that you are restricted to bed. Then why? Why dad did you move out?’

‘No dad please don’t utter such things’ Julia said showing hospitability ‘take these before you go to sleep’ she handed a bag of medicines to him.

Sitting on the chair in front of the brick fireplace he opened the book with a flap. He read out many Christmas stories and carols out to Sam. Sam had now started truly believing in Santa Claus. He slept and Mr. Hudson took him to his bed. Both the hands of the clock struck at the same position and John woke up alarmingly with the strike. On seeing the medicines uneaten he got angry and scolded his dad severely ‘Dad you are a cancer patient’ he said with seriousness ‘take medicines on time we don’t want to lose you …….please have them for God’s sake.’

Mr. Hudson took the medicines and slept. The sun rose and Mr. Hudson’s day broke with the sweet chirping of the birds and the scintillating sunlight. He was in a joyous mood and got ready for a brisk walk. He took Sam with him too. Before leaving the house Sam had forgotten to put off the fire he had placed in his room for warmth. While they were away the two rooms in the upper part of the house caught fire steadily and burnt Julia and John within it. When they came back and saw the incidence pearl drops came out of Mr. Hudson’s eyes.

Sam questioned ‘Where are mom and dad?’

‘They are with Jesus child, safe’ he cried

Luckily their house wasn’t damaged much but the fire ended up to souls of the house. They were now living in abject penury. Mr. Hudson’s pension was the only mean for their survival. But it was not enough though. With the lack of medicines Hudson’s situation grew more critical.

He was admitted into the hospital. All the money he used to get as pension was now used for his treatment and Sam’s education. Fifteen days had passed and now more money was needed for his operation and medicines. The child was living alone those days and sold newspapers in his free time to get money for his grandpa’s operation. He would also hang up a can in his neck and tell people round the road his woeful story. People would drop a coin or two in his can but this much wasn’t enough. But the child was trying his best to help his grandpa.

A week had passed by now. Sam was sleeping under a Christmas tree the sparkling lights on it woke him up. The sun had sunk and on seeing the lights all around him he had realized that today was the Christmas Eve. He started his work. He saw a man with huge bags of gifts. The man trembled and felt down. Sam helped him to pick up his materials and started telling him his story but the man was in hurry and left hurriedly. Unknowingly he had forgotten his wallet which must have felt down when he had fallen down. Sam caught hold of it and found $7500 in it. He got greedy and thoughts roused in his small mind that this much money will surely help his grandpa. But at the same instant with the speed of light his grandpa’s sayings struck him ‘Help others, Santa will greet you’

On remembrance of this he ran hurriedly and handed the wallet to the bulky man. The  man got sentimental and asked the child about his problem. The child was naïve he started telling him his story

‘My grandpa is in a critical state, Cancer has attacked him’ he cried ‘please help him. He is in dire need of medicines but there is lack of money. Tomorrow is Christmas and I am going to ask Santa for candlesticks so that I can lit them in front of Jesus and pray to him solemnly to save my grandpa. So please I request you can you please buy me a red sock so that I can write my wish in it.’

On listening to the child’s story the man got sentimental and a idea struck into his mind for helping the child and his grandpa surreptitiously as Santa this Christmas night. He bought Sam a red sock and when he slept he secretly kept golden candlesticks in it. When Sam woke up he first saw the sock. On seeing the candlesticks he was amazed and ambled hurriedly towards the church. He prayed to Jesus and suddenly his sight went on a note stuck behind the candlesticks. He read it

The child showed the letter and the gold candlesticks to his ill grandpa. They sold the candlesticks and with the money helped them a lot for Mr. Hudson’s treatment, his medicines, Sam’s education and their living.  They lived happily ever after that incident and those Christmas candlesticks  really proved to be the merriest to them.