You are here: Home / Family / Sight,so it seems 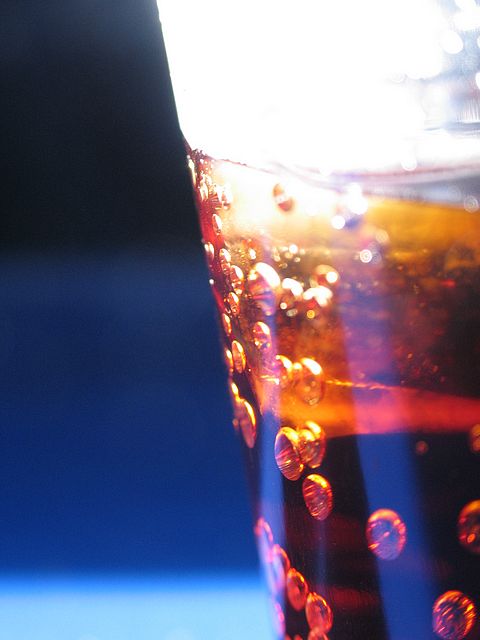 It’s in his eyes, colour fading out. Transitioning between a glazed over blue and the purple reflecting off from the bright fireworks lighting the starry sky. His head directed toward them, but he beared no intention of the pictures they held. His pink fingers clutched the rails, the only thing he would sense was the mild scent of burnt paper and the explosions scattered about the sky. He didn’t mind, it was enough for him. Exotic cheers rung from the streets below, their voices carrying the happiness they held, and their praise.

This day was one for celebrating, one the world would know until evil rises again. Our people would forever remember him as the one who saw further than all.

“Brother.” Mild Hesitation lined the hushed voice he spoke with, and his incredulous eyes looked toward me. “Over?… Is it really?” Hesitation escalated.

“Over? It never is over…” I inhaled deeply, for I was inquisitive upon the subject as well…

Who was to see if it was over? All anyone could see was the present. That gift beholden upon ourselves as the one true thing anyone could live in.

I put a hand on his shoulder and toward him I spoke. “The moment evil subsides is never to be foretold… there will always be a reckoning force. I suppose we’ve only lived to see this one through. I’m sure there will be more.” His head tilted as if he saw his feet, and the scraps of paper that fluttered gently toward the ground and rested there.

I went over to the wall, a brown paper bag I had placed there I picked up. It held the famous celebrative juice, family recipe of course. It was surely needed, we had done it: made our mark and this festively bittersweet day was one to celebrate.

“Are you thirsty?” I took a glass and filled it with what our family used to call Eorhiale. In our native tongue it turns to a form of ‘Taste Flames’. Although both words were conjoined, native tongue words are quite mouthfuls.  Native tongue, and territorialism of the greedy races in our galaxy being reasons of switching to English for many of our race.

I made sure to place the glass of orange tinted liquid firmly in his hand. He was a klutz with fragile objects. Exampling; I was out once, being assured he was able-bodied enough to take care of himself. My trust was extremely too stable for him that day and I come home to see him standing rigidly in the kitchen, glass scattered about all over the floor. Three glasses he knocked over; our mothers. Although I care more about his well-being and safety than three broken glasses, it was very aggravating nonetheless.

I poured my glass while he had turned back to listen to the streets and smell the sights. “Oh stars in the sky, I plead worthy for a shirt of new orient!”

He bellowed, not loud enough for anyone below to hear him. His strange sense of humor was interesting enough. At his side, I dared not let the pride in me deteriorate, so I raised my glass. “Raise your glass brother.” I held my glass forward to clink, but only received a laugh from myself. “A little to the left, brother.”

“Aye, Mistaken I have been, it seems!” He shook his hand through the air in attempt to dry it, and then tried again.

A small clink from the two glasses and we both determinedly spoke, “To the revolution, we cheer.” We both said in unison. “And to us, brothers.”  I gazed out into the sea of lights crowding the streets below.

“Never to stray from what is right,” he chipped in.

On that note we both took another sip from our glasses, and stood there as brothers; listening to the harmonious noise emitting from the streets. Never knowing the bond was far greater than our sight could see.