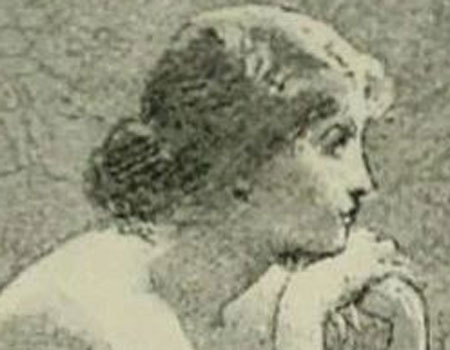 Life As I Dream

My manager, has arranged for my pickup from airport & already my company has leased two houses in Hanoi. When I reached the apartment, I was very damn tired. I was without food because when I said vegetarian, air hostess gave me some leafy thing which I couldn’t eat at all. I met a person called Sujit,he is from my office and this is the first time I’m meeting him.

He made me noodles & tea, asked me to relax. There were another three guys staying in the apartment. He told me since they couldn’t provide me an individual room; I have to share another flat in the same building downstairs. He took me to another house. House was very grand & fully furnished. Sujit showed me my room. I was very happy. It was a big room with attached bath. Bed was very inviting.

“Okay Sandya. You must be very tired. Try to take rest. “

“Thanks Sujit. But where is the other person?”

“Ravi has gone out. He has another key, lock the door & go to sleep.”

“Ravi ??” Ravi is the one who interviewed me for the project, but he left abroad soon after. I didn’t get in touch with him after interview.

“Yes Ravi. Haven’t you met him? He is the onsite manager here.”

“You know to cook right? I would have invited you for lunch but we cook only non-vegetarian on weekend. “

“No problem. I will manage.”

“Great come up in the evening. I will show you around Market, ATM & stuff. I think Ravi might come only late..”

I had a relaxing sleep & made a simple lunch. Thankfully I brought enough utensils , provisions & stuff. There was a super market in the apartment & Sunil helped me with understanding the currency. They even have a 5 lakh currency in circulation. I was feeling very rich with around 20 lakh in my wallet, but a taxi fare to office will be minimum 20,000. Sunil taught me how to pronounce apartment name in Vietnamese etc. Less than 4% of population speaks English here.
I came back to apartment. I felt very lonely & spoke to my parents over skype. I started preparing dinner thinking whether to make for Ravi too. I heard a key in the door. It was Ravi.

“Oh you have reached? I knew only yesterday that you were coming.”

“Hey no! Sorry I can’t eat vegetarian. Do let me know when you will finish cooking, I will prepare my dinner. “

I waited till he finished preparing his dinner, so that we could eat together. He spoke regarding project deadlines, client etc.He seemed very committed, positive towards what he is going to do.

When I went to bed that day, I was thinking about Vineeth. What would have he thought if he know I’m staying in an apartment with male colleagues. Thoughts wandered back & all the memories came back. I think no matter wherever I’m my past will come & haunt me.

It was very challenging to work in the client environment. First of all, they didn’t understand English, which means that I have to go along with the translator every time. Second there are few things I find strange here. Like they have a two hour lunch break between 12-2 & they are allowed to take nap in office. Third, they were very demanding.

There are around six people from my company working on the project there. Except for Ravi, who sits in a separate cabin rest of us were sitting together. I got along well with everyone. Guys were very helpful and protective of me. They always accompanied me for commute to office & home. I even went for sightseeing with them.

My relation with Ravi was only on Hi- Bye basis. He was on call most of the time & was working hard. We speak in office for project related things , that’s it. But I didn’t want to disturb him . One day when I was trying to explore the place, I lost the way. So Sujit has instructed me not to go anywhere alone. Sujit & rest of the team generally had work till late night. So it was difficult to spend the evenings.

I was missing home badly. This is not the first time I was away from home. But as the strength of family is tested during tough times, my family stood up when I required. I don’t know whether I like it or not, I was growing dependent on them. I spoke with my parents, brother regularly over Skype.

Ravi called me one day to his cabin.

“Okay I called you inside for mid-year appraisal. Your current manager is leaving the company in few days. So you will be reporting to me.”

“Regarding your performance……..” He told me that Client has given a positive feedback about me. I was overjoyed.

“And you are okay staying here right? Few people have asked for release. That’s why I’m asking..” I told him that I’m fine in this place. Though there is nothing much to do here, I find it good. He then informed me that except for Sujit everyone else will be leaving by month-end.

Sujit shifted to our apartment as we had a spare room. Though he was working late hours, I had a company to talk on. His presence was very refreshing. As I had sleeping problems, I spent most of the nights talking with Sujit.

Sujit is leaving to India for holidays. He is in this place for more than nine months now. The night before he left we were as usual chatting, sipping coffees.

“My mom wants me to get married soon. She has found a girl for me actually…” he said

“You know what I don’t believe in arranged marriage….” He went on and on. “I think I’m falling for you, Sandya. You are really nice, soft & good natured….” He told me after a gap. So far when we have discussed about families, I haven’t told him about my marriage and divorce. I didn’t feel it necessary. Probably it’s time to say now.

“You don’t know something about me….”

“You already have a boy-friend?” he asked me.

When I told him the entire thing, he was very shocked.

“Sorry. I should have told you earlier. I didn’t mean to hide it.But……”

“It’s okay ..I understand…Okay now you understand na… I’m the only son to my parents & they won’t agree if I marry a divorcee…So just forget what I said & let’s continue to be good friends…”

“Happy journey & hope you find a good girl…” I told him & came back to my room.

Read Next Chapter 13 | All Chapters