You are here: Home / Family / THE THIEF 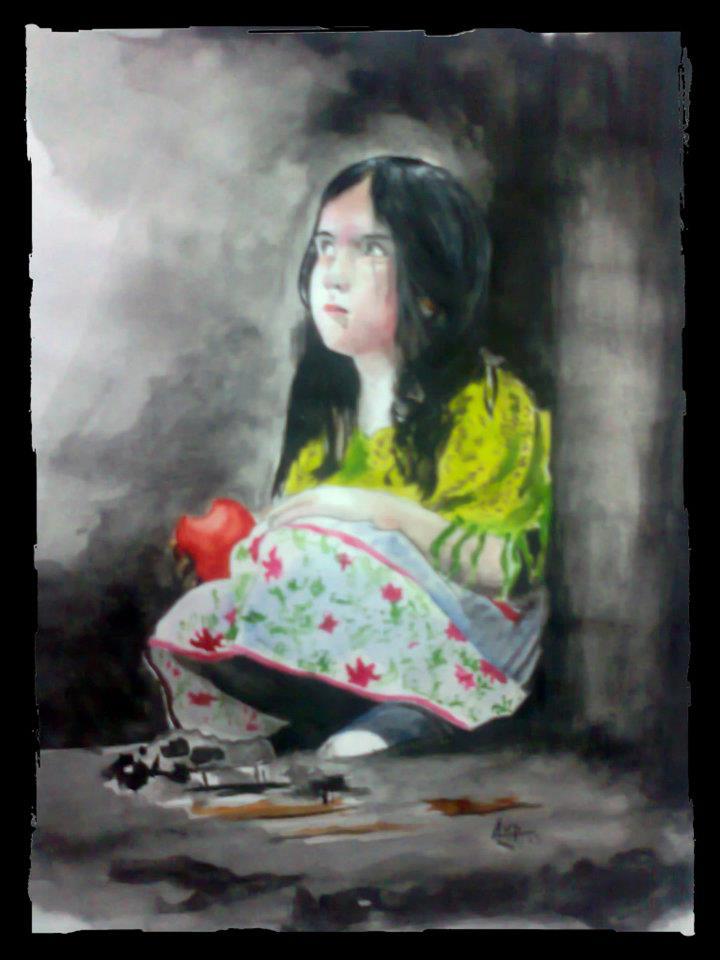 The night was cold and the road, dark and vacant, when a man held a cigarette, tight on his lips and jumped over a small wall. Courtesy to that jump, he found himself within the perimeter of a house; a house he had surveyed a few nights before. After taking one last puff of the cigarette, he made his way ahead. Being the kind of petty thief he was, he didn’t have any extravagant tools or any weapon; usually, the only things he carried with him on these ventures were a large sack and a lock-pick.

The thief made his way inside the tiny living room, after he was done with lock on the main door. The room seemed hardly preciously endowed and the only considerable valuable it had was an antique wall clock. The antique wall clock found its way inside the sack, as the sly thief made his way inside the next room. This room, too, didn’t seem to have anything worthy of being stolen and, as he moved about, he found nothing, except for a couple of fancy toys, lying here and there. Being the kind of thief he was, he wasted not a second to put some of them inside his sack.

A nice meal being guarantee and his survival secured, he was still greedy to steal a few more things, so that he could clear some of his debts. As he went into the third room of the house, he saw a mother a sleeping beside her daughter; the mother seemed sickeningly thin. He was putting a purse within his heavy sack, when he was distracted by a half open drawer by the mother’s side of the bed. Upon concentrating a little harder, he saw it contained a gold necklace and a white cotton saree. It didn’t take him too long to realize that the house he was robbing that night was of a widow and a fatherless daughter.

Suddenly, the thief felt disgusted with what he had done and, looked at the face of the woman lying beside him; he saw a face defeated of hope, while her eyes suggested she had cried herself to sleep. The horror of the man he had become caused him to jitter and made his eyes moist; he tried to back away from the scene, his heart anguished and his soul cursed. As he gained control of himself and was about to turn around and leave, he saw the little girl look up at him, astonished. He looked at her for a couple of seconds, nervous and scared, and then, rushed his way to the front door, still clutching the treasure-filled sack close to his chest. He was only a jump away from a night of a bountiful meal, when he turned around to the call of ‘papa’ by someone from behind. It was the little girl. He dropped the sack on the ground on hearing her and moved up to her with one of the stolen toys in his hands. He smiled, hiding the face that wept; she cried, for she wasn’t good at such concealment. He gave the toy in her hand and a kiss on her forehead; and, before the child could call her mother, the redeemed thief, jumped into the night and into its darkness and emptiness, once again.