You are here: Home / Family / Through the eyes of a Son 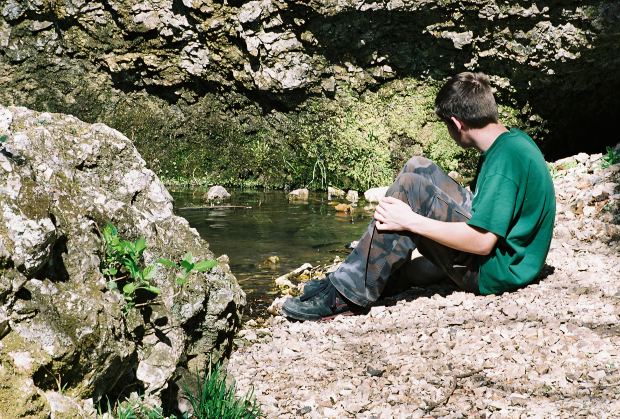 Short Story Family – Through the eyes of a Son

As I walk towards my college, droplets of sweat trickle down my forehead. This foreign heat is something I need to get used to, I say to myself. A chill of pride runs down my spine, as I see the big bold letters carved on the building. It reads IIT.

In India, people no longer fear me. My neighbours dont shield the eyes of their children and people dont spit, or pelt stones at my house.

As my mind is consumed by recollections,  I see each detail. I remember as I watched from the window, as I saw every light bulb that illuminated that dark road. I remember that sultry night. For, that was the day that ring was gifted to me. As I ran my fingers across it, I felt the words,’ Choose courage.’ embedded on it. These words sink deep and are engraved on my bloody heart, now and forever.

The date, 19th July 1975, Pakistan. It was on my 7th birthday that he asked me the question every child wishes to hear. ‘ What do you want for your birthday’?.

I grinned as I spoke,  ‘I want that new doll which hangs on Abdul kaka’s shop.’

He lifted me and kissed me on my cheek, bent down and said, ‘Anything for you jaan.’

As he put on his chappals and left for the bazaar, I pretended to go back to my room, however secretly watching him, walk into the dust. Among the few people who lived near us, some covered the eyes of their children. Some kids screamed and  ran away, as their parents consoled them by saying, ‘It’ll be over soon’. Men pelted stones, as he took out his helmet. And, I just stood there, and stared.

It was about six  in the evening, when he returned. He took off the protective shield and revealed his face. The face I love, the face with those caring eyes, that gentle smile, those crinkly eyes. ‘Happy birthday precious, here’s your present.’ said he, as he handed me the cover. As I tore through the package with a grinning face, he retreated into his room.  He’d be back in a few minutes, said he.

I yearned for that doll, and when I finally had it, the only thing missing was a big hug. I sprinted towards his room. As I j, I spotted the tiny opening. I peeped in through the crack. There he sat. His body pressed against the wall, a pool of tears, barely visible on the black marble floor. He weeped, for reasons unknown to me. He cursed with language unheard by me, and as he wiped each droplet of his face, I noticed the face I love, the face with now worried eyes, the drooping smile, and the old wrinkles which seemed invisible to me.

As he approached the door, I ran downstairs and pretended. Pretended like I didnt see. He kissed me and tickled me with his beard. He then asked me if I liked the present. With little knowledge, I told him that HE was my real present. As I saw the tears roll down his face, my heart sank. But he managed to laugh and croak back, YOU are all I have, YOU are all I need. YOU are the only person who looks at me as the lighter side of the moon.

I didn’t quite understand the last line, yet I smiled.

As he tucked me into bed, the moonlight shone on his face. And he  tried his hardest to look painless. But he didnt realize that there was more pain, and more sadness to see him try. He said he was going for a stroll,  and kissed me goodnight. ‘I love you’ said I.  As he closed the door he whispered, ‘I love you more and I know you know whats right.’ and slipped the ring onto my finger.

After he left, I took my position near the window and watched as his body hunched, and his place slowed down. At that moment, the world seemed like an eerie and sinister place, as I  saw him take one long look at his mansion and disappear under the moonlight.

In the days ahead, the pelting stopped. No one eyed me with suspision. As I stepped out, I watched myslef fade into the crowd. I no longer had to camoflage myself. For, my Baba had been executed.

I never was sad. I never was angry. I knew that my hero, was gone. But I knew that his love never will. He died for his penchant. He sinned, but not to all.

Its a terrible thing in life, I think. For people always find the flaws. They always judge you. They judged him for what he did, for who he looked like to them.  They lived in terror of him. But I know, they always looked at the darker side of the moon. Not for a minute did they even consider….

I saw him for who he was to me. I saw him for the love he gave me. I felt his presence just as much as I felt his absence. I loved him straightforwardly.
Why is it that somewhere  in our search for life, we just forget to live?

As the bell rang, once again I was lost in the crowd of IIT’ans, I was just another person. Ba was right. I did do what was right.

Every person has their own story, so dont judge people before you truly know them. I know the men who hated my father will always continue to hate him, but it is the people that matter that count. I shall always love him.

For, afterall I was a son. HIS son. And not the ‘son of the terrorist.’  And yes, he was who he was. But he was a loving father. MY loving father.