You are here: Home / Family / Will Find You Someday…Life!! 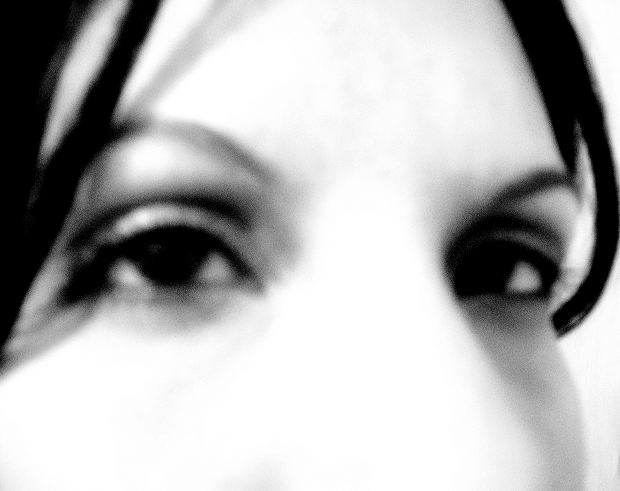 “Alisha….come here my doll….my sweetie….Did you like him” my father asked me
“Yes…”I nodded with happiness in my eyes & forehead.
That’s first time I ever saw my father in dilemma….a worry…something which I never felt since I opened my eyes in the world of my happy happy family…..although he knew that Varun will keep his daughter more happier than any other guy in this world but he wanted to know my answer…and like every other good daughter I was happy with parents call.

“Alisha didi (sister)….i got a surprise for you”Nihaal saying with cheerful voice
“What surprise “I replied with anxiety
“will tell u….but for the time being, it’s enough for you that I have a surprise for you…now you are sister of engineer from IIT….now its my turn to pay you off”Nihaal with more cheerful voice this time
“Are you coming…its rakhi on next week” I said with low voice
“Sorry, sister…will already plan for trip with friends…then joining immediately within 10 days” he replied
“Never mind…go…you never know when you guys will meet again”i said
“I knew, my sister will understand me…will come on after month….and important note….i need some…”he murmured
“I will…20,000 will do “I replied to his unsaid words
“Love you sister “he replied happily
“Ok…Ok…see…Nisha is calling…see you and enjoy “I ended
“Hey…Alisha didi..Need to talk to urgently….very imp..Will come to your office in lunch “she said in naughtier manner
“Now…whats that…had urgent meeting today “I replied
“I saw pics…Its Nihaal with a girl……its seemed to be something between them”
“haaaahaaaa…..ok will catch you at my office….got to go”I said and sail down to the memory lane.

It was my last semester and I had already planned the dreams for future as everything happened so quick, engagement with Varun…best campus placement…everything was good.I was dreaming for my sweet future with open shallow eyes. It was my last exam and me with all my friends were on the way to home…all of sudden a call changed all the course of my life…
“Alisha….done with the exam “my uncle with grief in his voice
“Yes…infact …will board the bus in sometime….why you sounds so bad “I replied
“Nothing…nothing….come, at what time u will supposed to come tomorrow…will come to pick you “he said
“Where daddy….he is will come no…Like always…
What’s the matter, uncle ….everything all right there at home “I replied in worried voice?
“Yes…Yes…dear, actually he had an heart stroke…nothing to worry about it…he is alright now…don’t call your mother…she is with your aunt and well…..just come will pick you…ok”Uncle said
“Ok….” I replied

I tried to call varun many times but he was not picking my call, I was not able to sleep as well…single minute was like hours of century at that moment as none was picking the call..neither anyone nor Nihaal and Nisha.The next morning as told my uncle came to pick me and we were on the way to home.
As I stepped in..I saw mourning people with my mom and dad covered in white cloth….
“Yesterday…they met with an accident and…….”uncle said in very low mourn voice
“And….they died “I replied in strong voice
I was shocked but gathered myself and all of sudden became more responsible and an elder sister with responsibilities of younger sister & brother.
My father took some loan from Varun’s father and promised him to return it with interest..That’s dowry. I heard him showing his worry to my uncle that now he has no interest in Varun & my marriage…in fact I told him that even it was not my cup of tea to kept any sort of relation with his family.
I know Varun loved me so much so he came to me but with a irresistible deal to leave Nihaal & Nisha with Uncle and Aunty and fly with him to USA…..I refused him and he never came to me after that day and I made myself busy in fulfilling dreams of my parents.
Nisha became fashion designer chose her life partner and got happily married and Nihaal got selected in IIT and became engineer and as I thought that my responsibilities are over..Nisha told me about Nihaal’s relationship with some girl.
“Alisha…its enough girl…now think of yourself too…its not easy to spend life alone and you already devoted your years in their upbringing….and when it’s their turn to think something for you instead they just thinking for their lives”sneha said in stubborn voice
“So what…whom will they speak their concerns…..”I replied
“but what about your life…..see I know you love them but …will they ever think of you”Sneha in more rigid voice
“That’s none of your business…will find someone one day”I replied this time more stubborn manner
“Ok…don’t spoil your mood…all set …what will be the timings of your bus, will drop you”she smiled
“Take care and please some wishes for me too…Jai Mata ki”she said
I wished to visit Vaishno Devi when everything will be in place and it’s the time.
Everyone in the bus are with their family, friends,siblings and their loved one except me that gave me a sense of emptiness life that I could share with me only.
I came back and looking for reality..that is emptiness and lonliness. Nihaal is coming after a long time so I am little excited for him.
“Anushka…the name of the girl and her parents will come after three days didi…”Nihaal said convincingly
“Allright, will call uncle and aunty too after all they are our elders and their presence is effective” I replied
And Nihaal broke into happiness
“Oh my god….what’s happening, elder sister is still unmarried and he is thinking of himself… Why the hell these brother and sister think of you..your sacrifice and think for your happiness…”Aunty said when I let her NIhaal’s topic in front of her.
We met with parents of Anushka and finalized the date of engagement ceremony. Everyone is busy in arrangements although I am happy but there is something in my heart which makes this situation filthy.
We went for shopping and I chose a sari which somehow not the choice of my siblings, just because they thought I was not perfect for it…just because they found me too aged for those colours..Those words showed me the reality of modernization of relations…image of selfishness. I sacrificed my age and years for my sister & brother and they thought me imperfect for having bright colours,they are making their choices and never asked me for my wishes and hoping to live my lives as per their choices….
It’s the day I decided to let myself free from every responsibility, time to spread my wings in open blue sky to fly, to live life,I gathered myself and step out from all boundaries of life for Alisha….