You are here: Home / Family / The Dogs 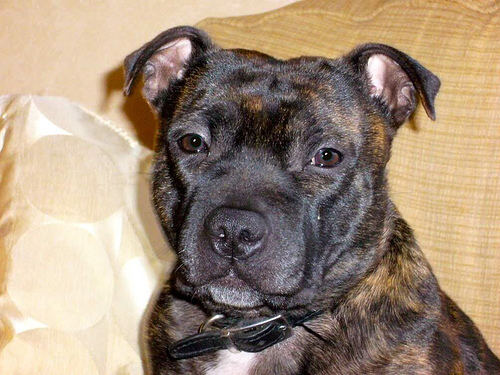 „All right children! Quiet! The lesson has already begun. I am going to check your homework. The first exercise will read … Mary!”

The murmur in the classroom stopped, and soon everyone heard only the girl’s voice.

“Hydras can be found in most unpolluted fresh-water ponds, lakes, and streams in the temperate and tropical regions.”

“Very well! Anne, the exercise two is yours.”

The girl put her head down, and said nothing.

“Anne! You didn’t do your homework again! What is wrong with you? I’ve already told you, I must see your mom. When is she going to come to school at last?”

Physical education was the next classes. All the girls in the dressing room gathered around Anne, pointing here with fingers and mocking.

“You smell awfully! When did you take a bath last time?”

“We don’t want such a skunk in our class! Get out!”

One girl pushed Anne, and she fell down.

“Don’t touch her! Your hands will stink” said another one, and all of them moved away from Anne. Again she put her head down, and kept silent.

The telephone on the table was ringing for quite a long time, but a woman didn’t mind to answer. Bent, she was sitting in the corner of the room. Soon the ringing was over, and a deaf silence filled the room. It was not a peaceful silence, but full of tension and awaiting the worst. And soon it came… it was snarling!

“We have just received information from the school about a thirteen years old Anne Kozak. The girl used to be a good student, but recently she has some big problems, she is withdrawn, and stopped learning. Parents are divorced. The tutor cannot contact her mother. No one either answers the phone, or receives registered letters. Our job is to check it out. I’ll go there with Maggie.”

After this short briefing in the social care building, Andrew and Maggie moved to the Kozak’s flat. Anne was still at school, so they decided to try to talk to her mother first. Besides, an attempt to visit someone who doesn’t answer phones and receive letters, connected with an environmental history was a standard procedure in every institution of social care.

They arrived at the address given by the school. The building was an old tenement house. Many such buildings were not a private property, but were owned by the city. The city council or social care assigned especially poor people to live in tenement houses in exchange for a pretty low rent. Tenement houses were mostly antics. Actually it was the main reason not to sell them to private people. This, however, led to a paradox – old buildings were dwelt by poor people, often pathological families, which members had a criminal background, alcohol/drugs problems, or both. Such citizens seldom took care about a building so devastation of these monuments of past was a constant process.

However, the building visited by Andrew and Maggie was not in a bad condition. Old, wooden stairs with decorated rails led them to the third floor. The bell was out of order so they were knocking. Two minutes gave no response.

“Mrs. Kozak, we know you are there! We are social care workers, please let us in! We are coming to help!”

“What are we going to do now?” asked Maggie.

Suddenly he saw a neighbor from downstairs. The old lady leaned on a rail of the stairs, and looked at them.

“It’s useless. She’s a nut! She will never let you in. Even the postman who brings her support money cannot get in. He just gives her a paper to confirm taking the money through a letter hole in the door. She signs, and gives it back, and then the postman throws in the envelope with money. I saw it several times. Poor child has no life with her insane mother.”

“Are there any sounds from the flat? Noises, screams?”

“Seldom I can hear any, but yes. Often I can hear her suddenly, quickly running from one room to another. You know, the ceilings here are all wooden. Sometimes she sobs, and sometimes screams. Last time I saw her about two weeks ago. She was passing the corridor. I said “Good afternoon!” No response. She was just walking with her head down. But as soon as my son appeared at the door, she quickly ran upstairs! Crazy woman!”

“You live with your son? Can we also talk to him?”

“No. It was Sunday so he was visiting me. In fact he visits me every Sunday with his dog, a cute, lovely beagle. Max is just wonderful… It’s good that you paid attention on this woman at last. She is mentally ill, and requires help.”

It took two days to take the girl to the social care center, where she was given a room and psychological care. Fortunately she didn’t want to return home, but as soon as she started talking, she said she was worried about mom. The procedure of getting into the flat was more complicated, and was about to take approximately a week more.

“I have located the girl’s father. Matthew Kozak lives in a house in a new district with his second wife. We are going there in an hour, Maggie! I just have to make some phone calls.”

As they arrived they saw a man at a black Volkswagen car.

“That’s me. Anything about my former wife?”

“Yes, but especially about your daughter. She is under social care custody. Her mother closed herself at home, and doesn’t let anyone in. We think she is not able to take care of Anne at all.”

“I knew this would happen some day. Crazy woman! And you want me to take Anne, right? I say no.”

“I refuse. She is as crazy as her mother. One day she will end the same way.”

“Mr. Kozak! She is your daughter!”

“It was a mistake. I have a new family now. I pay the child support and that’s all, nothing more! And now forgive me, but I have to go.”

He got into his car and left. Andrew and Maggie were looking as it was driving away. Through the rear window a dog, pitbull was unfriendly looking at them.

The police entered Mrs. Kozak’s flat, and found her lying on the floor. Her eyes were insane, absent. She was taken to the mental hospital, and received good care. Slowly she was recovering from Cynophobia(*), and spent a lot of time with her daughter. Day by day their relation was gradually rebuilding.

A black Volkswagen car stopped in front of a country barn. A man got out, opened the back door, and attached a leash on a pitbull’s neck. Both entered the barn, the man nodded his head to a guarding guy, and moved with his dog to another room, full of other dogs at cages and on leashes. In the middle there was a ring surrounded and closed with blocks of straw. More than a dozen men gathered around the ring, speaking loud and emotionally, some were making notes. Banknotes were passed from hand to hand. Two guys were just taking the body of a dead dog from the ring, soon as the owner of victorious animal put him a muzzle and a leash. The man with pitbull put his dog in the ring.

“I am accepting betting on the next fight. Matthew’s dog is a new challenger.”

Again a murmur spread in the barn room. After a minute the dogs were ready to fight. Matthew Kozak patted his pitbull.

(*) Cynophobia = The abnormal fear of dogs.