You are here: Home / Childhood and Kids / FLOCK OF BIRDS AND THE CHILDREN 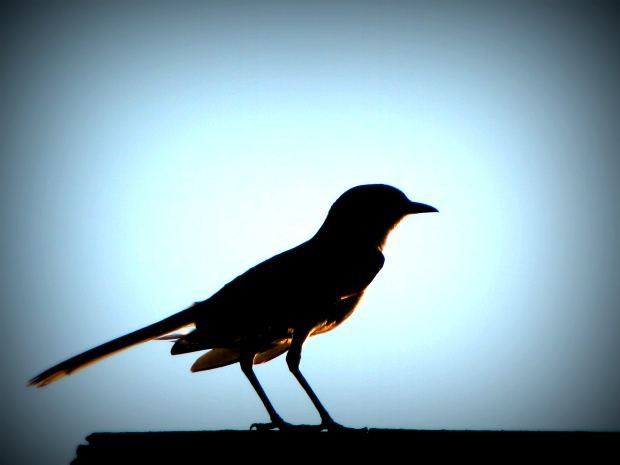 A flock of birds were living on tree near a grocer’s stores.  All the birds were pigeons.  The owner of the grocer store was a very kind person.  His name was Krishna. He liked pigeons and he was feeding them with different types of grains available in his store.  He was feeding them with jower, wheat, bajra, corns, ragi and many other such grains.

The pigeons were eating the entire grains bellyful every day.  They grew fatter and fatter day by day because of overeating.  Nearly 100 to 150 pigeons were there.  Gradually new pigeons came to the tree for living because they were getting grains easily. The number of birds exceeded two hundred within a few days.

Children who were coming to the grocer’s store to buy chocolate and other items were very happy to see these birds. Even those children were buying some grains from the grocer’s store and feeding the pigeons.  Pigeons were flying away initially.  Day by day they got accustomed with the feeding children.  They were no more scared. They were not flying away any more. All the birds liked the company of the children.  Both children and the pigeons became thick friends day by day. All were happy.

A new boy Henry came to the grocer’s store to buy some soap.  He saw the pigeons.  He was a very naughty boy.  He threw a small stone on the birds.  All the birds flew away.  But they came after some time.  Henry came next day also. Again he threw a stone on the birds.  The owner of the store Krishna did not like this.  He asked his working boys to catch Henry.   Henry ran away.  But the boys caught him and brought him to Krishna.  Krishna took Harry to his parents and complained about his behavior.   Krishna told that Harry threw stones at the birds whenever he came to the stores to purchase something.  Harry’s parents asked sorry and requested Krishna to keep Harry as a working boy in his stores for some time so that  he can learn good behaviour. It was a summer holiday for school.  So Krishna kept Harry at his stores till the schools were reopened. Harry was made to feed the pigeons every day.

Day after day Harry developed love towards the birds.  He became very friendly with them.  Pigeons were used with Krishna’s feeding.  They were not flying out any more.  Everyone liked Harry because he changed himself as a good boy.