You are here: Home / Childhood and Kids / CoLoUrS Of JoY 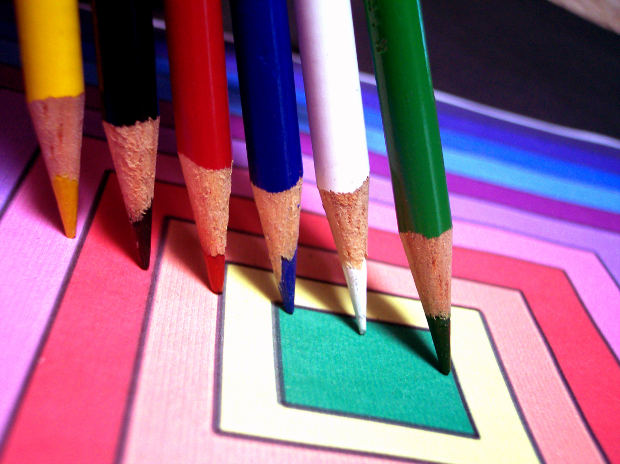 Waiting for my school bus, I was reading newspaper at my shop. Those days, I used to be hungry for newspapers. The well folded, fresh pages of morning newspaper gives a soothing essence.

It was pleasant weather of October. The sun was riding overhead smoothly with a favorable intensity. My father was cleaning the dust all along the shop. He ordered a tea and sat on a chair waiting for me to finish, as his daily job.

My father scolded that man asking why he is beating the poor child. The man said: “bhaiya, he is asking me to buy colouring pens to sketch and threatening me that if I won’t get him those, he won’t be going to school. I will make him understand right here. How could I afford all his likes, I am sending him to a school, isn’t this enough for him?”

My father told him: “he is little child, how would he know all these things. You just don’t beat him and wait for a minute.”

He came in and opened the counter’s drawer. He took out the crayons I used to draw pictures in leisure. He moved ahead and suddenly paused. He requested me: shall I give these to that poor child? I nodded my head positively without any hesitation.

The labour asked his son that if he is satisfied now? Also, he asked his son to thank the uncle too. The boy did the same and went to his school happily thereafter. My school bus arrived and I found the reflection of colours of joy on my face which was on his.