You are here: Home / Childhood and Kids / Cricket – A Religion 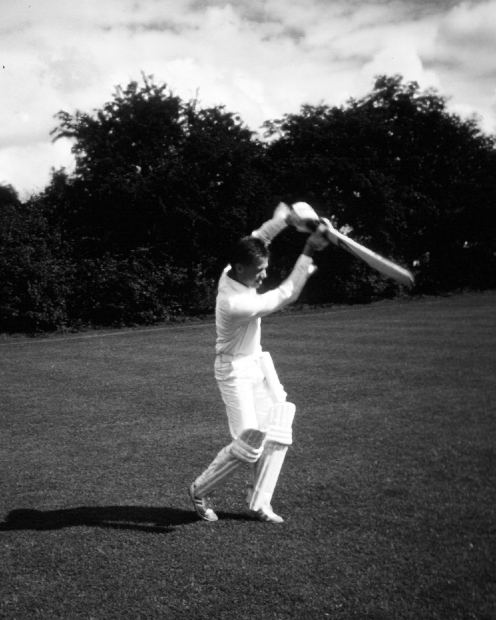 Children Short Story: Cricket – A Religion
(Note: Image does not illustrate or has any resemblance with characters depicted in the story)
Photo credit: ardanea from morguefile.com

Swapnil was staying in Mumbai for some job purpose those days. Very quickly, sitting and relaxing on Andheri Beach during the off days, grew up as his favourite pass time. There only he came in contact of Kapoor, who also used to come and sit on the beach to pass away time during his offs though very rare. Kapoor was playing in India A cricket team those days. So he used to remain very busy most of times, playing matches and doing practises. Slowly and steadily Swapnil and Kapoor became good friends and started visiting each other’s home. Most of the times Swapnil used to be alone, but when Kapoor used to be there, it was never seen that Swapnil was not there. They used to go for movies, restaurants and dine together many a times.

One day Kapoor came early and was sitting on the beach at their meeting point waiting for Swapnil to arrive. As Swapnil came, Kapoor started telling, “Hey Dost, could you get me a job at your office. I would like to do a switch. Its far better than playing cricket. At your job, I would have one day of sorrow and another day of happiness. But here the one who has sorrow continues to have so and the other continues to have happiness. Immediately arrange for a job anywhere for me. I would never ever play cricket again. Its good that I still realised this much earlier.”

Swapnil understood and patted on his back and immediately Kapoor bursted into cry. Swapnil still started rubbing his back and tried to stop him. Then once Kapoor controlled himself a bit, Swapnil softly continued, “Why friend what happened? You only used to tell no that cricket is your passion. You have sacrificed everything for this. Its your religion. Then why are you telling all these things. Tell me in details and let me see if I could use my wit to save you.”

Kapoor told, “What would I tell? Have you ever heard of Kudalkar? He also plays in India A team. He plays good, but mostly the batting. And you know if I am not superb in one, but am good in both batting and bowling. It was my dream from long time to play in Indian International Cricket team. And here was a chance for that. We have a Ranji against Tamil Nadu starting from day after tomorrow. Here among this two teams one would be selected for Indian team and would get a chance to prove in the first match against Australia in their tour to India starting a couple of months later. But for that I need to get a chance to prove right. I promise if I get the chance I wont let anyone down. But for that I need to play. But the selectors mostly Mr. Singh selected Kudalkar in the 11 member team and myself the 12th man. So only if someone is unable to play, only then I would get a chance to play. But who would leave his game in this big match. Also the funniest thing is, Kudalkar played bad in a couple of matches and was out of the team. We were having a set team. Only because of bad politics against me that he is brought in and unbelievably my name was thrown out of 11 member team when I was playing the best among the team. So now tell me in this situation, would I even get a chance to play in Indian team?”

Swapnil quickly thought of a trick, patted on Kapoor’s back and told, Hey yaar, dont worry. You only would play. Play well so that you are selected in Indian team. Think positive of playing well, instead of thinking whether you would at all get a chance. I would see to it. Only remember to stay padded up or ready to go in for fielding when the match starts. Hope both you and Kudalkar are openers?”

Swapnil said, “Also arrange a seat for me just next to the way where the team would be passing by to go in the field.”

On the day of the match, Maharashtra won the toss and elected to bat first. Swapnil was just waiting with another friend of his, for Kudalkar to pass by that way to go to field to open the batting. As Kudalkar was passing, Swapnil whispered in his friend’s ear..”What are you telling..where? at home?..silent..dont tell now..Kudalkar is going down to bat..if he hears he wont be able to play anymore. Its such serious thing..o my god..Also noone in his house would let him know this as noone would want him not to play. So no use if he calls them from here.”

Kudalkar stopped, came back and asked many times..but in vain..Neither Swapnil nor his friend as discussed uttered a word and others never knew also what the matter was. Kudalkar ran in and tried to call at home but when nothing happened, everyone told the same and Kudalkar thought what Swapnil told, that noone wants him not to play and so is not disclosing. He immediately started for home without letting anyone else know and wasting anymore time.

In the meantime the news went in the dressing room. The game was paused for a moment and then it was declared that Kudalkar fell ill suddenly and would not be able to play and in place of him 12th men is brought in the 11 member team.