You are here: Home / Childhood and Kids / Little league lion 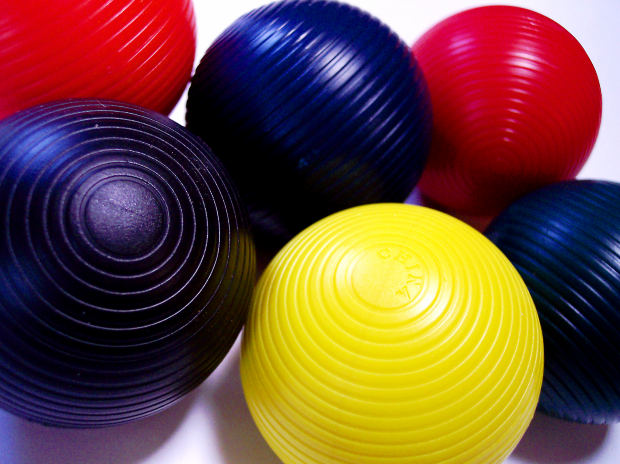 Once upon a time, there was a lion who loved baseball and enjoyed playing it with his friends, his parents decided one day to put him in little league baseball. The first week he was there he didn’t like it, he told his parents it was no fun being told what to do, so he begged his parents to let him quit. They took him out of little league and he continued playing baseball with his friends, they tossed the ball back and forth.

A zebra wanted to join the game, the lion let him play and told him where to stand and how to hit the ball, the zebra knew how to play and didn’t like being bossed around, so he walked away. His other friends noticed how bossy the lion was being, they began playing, the lion told his friend the Fox to stand still and throw the ball harder, the Fox didn’t like being told what to do so he went home.

The lions friend the wolf was playing with him when suddenly the lion yelled at him because he was swinging the bat to hard. The wolf told the lion he didn’t like being yelled at and he walked home. After all his friends went home, The lion got upset because all his friends left instead of playing with him, he thought about how mean and bossy he was to them, and then he remembered why he quit the baseball team and he felt even worse.

He didn’t like it when people bossed him around, later that day he went to everyone’s house and apologized for how rude he was and realised playing just to have fun was the purpose of playing with his friends. The lion was glad his friends decided to play with him again, they all played a friendly game of baseball.