You are here: Home / Childhood and Kids / She Launched a Holy boat 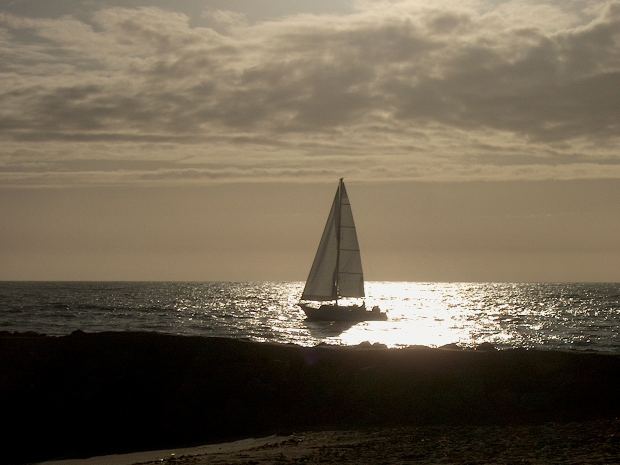 The relaxing breeze of the Amazon River carried the tiny boat of mother Theresa. The chirping of the Brazilian birds and the swaying of the rare but beautiful orchids and water lilies in various colors welcomed the blessed Mother from her years of silence from the day she died many years ago. The weather was humid and the sun rays were striking to the motherly figure of Mother Theresa. She was wearing her favorite robe with her black rosary in her neck. She was riding in the small boat made up of thin wood and bamboos. She paddled with the tides and the wind helping her to reach her destination and to finish her journey.

After almost one hour of rowing through the deep river she met Rebecca, a thirteen year old little girl who was enjoying fishing in the river. Mother Theresa invited her to join her in the boat.

“Little girl, come here and join me”, mother Theresa said while extending her hand to the little girl.

Rebecca was at first hesitant to accept the invitation from mother Theresa. She was suspicious because it was unusual for a stranger especially a nun to be in a boat and in the river. And besides Rebecca could still remember that her mother told her not to talk or accept any request or gifts from strangers.  Mother Theresa noticed that the girl was hesitant to join her in the boat.

“Are you afraid of me little girl? My name is Mother Theresa and I am going to meet someone, will you accompany me?” the blessed mother said.

“I’m Rebecca! I’m afraid you might hurt me along the way”, Rebecca said.

For the second time Mother Theresa extended her hands to Rebecca and she threw a sweet smile to the child. Rebecca felt that mother Theresa’s motive was good so she decided to accept the invitation and joined her in the boat towards unknown destination. Mother Theresa then begun to sway the paddle.

“Mother, where are we going?” Rebecca asked while helping mother Theresa paddling the boat. Mother Theresa stopped swaying and she faced Rebecca and held her hands.

“Rebecca, I am here to fulfill one mission. I was disturbed to what I witnessed these past years. The noises awaken me. Many were crying and yelling from pain.” Mother Theresa verbalized. The little girl seemed not to understand the point of Mother Theresa. The blessed mother then place her hands on the water and she scoped some of it in here palms. She showed it to Rebecca.

“Look at this my child; the water is full of impurities, pollution and toxins. It happened during my lifetime that I could still drink in the river, but now it is very unsafe.” Mother Theresa said while returning the water in the river.

Rebecca begun to verbalize that many people from their community were suffering from extreme hunger. The fishes from the river were all dead due to the toxins released by many companies and manufacturers of certain materials and chemicals.

“Rebecca, the Lord gave us these blessings but we failed to care for it. In every blessing there are always responsibilities that accompany it. The people failed to care for this river thus; the fishes that served to be the major source of food here in your region became scarce. “

Rebecca was listening to Mother Theresa. The peaceful talk was disturbed when they saw a part of the forest which was already denuded. The vast plantations of different tall and green trees were already gone. The blessed mother pointed out to Rebecca the significant image.

“Look Rebecca, I can still remember the vigorous and brown and giant trees waving its body against the wind there many years ago. But now, I cannot see them. They are all gone. Who will protect this country from super typhoons, cyclones and many other weather disturbances? The home of the birds and many other animals were gone!” Mother Theresa was teary eyed because of what she had witnessed.

“Mother, the people cut down those trees many years ago. They made it as chairs, burning sticks and furniture to beautify their houses.” Rebecca said.

Mother Theresa was deeply disturbed. Depression and sadness could be seen in her eyes. She continued to row the boat towards the direction of the wind. She was carefully examining every detail of the forest. It was already high in the afternoon. Mother Theresa still continued to sway the paddles. Very determined to reach her destination. She gave a piece of bread to Rebecca. The hot rays of the sun were covered by the clouds.

The two noticed that the wind was starting to become stronger. They don’t need to paddle because the wind could easily push their boat. Mother Theresa looked up to the sky. The clouds were becoming dark and low. The trees were swaying as if there was a typhoon.

“Mother, the weather is bad, we need to stop or else we will be drown here.” Rebecca suggested. She was very afraid because strong thunders and lighting were racing in the sky.

“No we will continue Rebecca we are near to our destination. We should not stop.” Mother Theresa replied while holding Rebecca’s cold hands. She comforted and hugged the little girl. The rain and the strong blow of the wind were becoming fiercer and dangerous. Mother Theresa stood up and said. “We are ready my master, we are ready to receive you here.”

“Mother, what is going here? Who were you talking to? Please return me to my mother in the village I need to go home because a strong storm is approaching!” Rebecca cried while asking favor to Mother Theresa.

“Today is judgement day my child! After all these years you were very good and obedient to your parents, you pray always, you were very respectful and honest. The lord wants you to be saved from the devastating roar of the nature. Today, volcanoes will explode; giant tsunamis will wipe this earth. This will be the start of something new. The lord our father will come to us Rebecca and you must be ready.”

Rebecca cried. She was stunned after hearing those words.

“No! How about my family mother? Will be they saved also?” Rebecca cried.

“I don’t know my child, but for sure you will be saved.”

Rebecca grabbed the paddle and begun to sway it opposite to the direction of the wind. Mother Theresa did not stop her.

“I need to go back! I want to save my family!” I will jump from this boat if you will not lead me towards the riverside.” Rebecca threatened Mother Theresa.

“Are you sure Rebecca? A better life is waiting for you at the end of this river. Trust in me my child. The Lord will never forsake us, he promised that. , Mother Theresa said while trying to convince Rebecca.

“However, I cannot leave my family mother, I love them very much, and we need to go back please.” Rebecca kneeled down to convince Mother Theresa to return. Mother Theresa asked Rebecca not to kneel down. She explained that they cannot turn back because the wind will not permit them.

“Rebecca, you are destined to pass and survive this trial. We cannot question the Lord. We need to follow him always.”

Rebecca for the last time grabbed the paddles and swayed against the strong current. Mother Theresa could see that the girl was very determine to go back. She grabbed the other pair of paddles and helped Rebecca to sway back to their village.

“Rebecca you are very brave, you followed your will. I admire you” mother Theresa said.

“Mother, it is not about me surviving, I believe that the greatest love of all is sacrifice and love of family.” Mother Theresa smiled while hearing those words from the little girl.

The two surpassed the strong current. They reached the village. Mother Theresa helped Rebecca to move out from the boat.

“Congratulations Rebecca! It is not your own self-love that saved you. It is the love to your family that protected you. You showed a great courage out there in the river. There are many rivers in this world. Goodbye my child. I have to invite many more children in a ride.”

“Thanks mother!” Rebecca bid goodbye to mother Theresa. Mother Theresa then again paddled her boat towards another direction.