You are here: Home / Childhood and Kids / THE STICK MAN 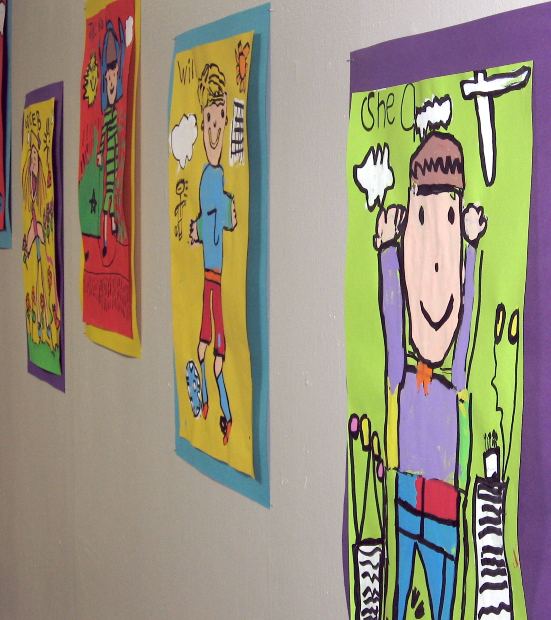 The second grade students at St. Maria’s were excited. It was the last hour of the day and it was their painting hour. They loved the color pencils, crayons, water color and Mr. Edward the painting teacher. But Jason Peter was more than delighted about the magic pencil he had pulled out from little Steve’s bag. He had exchanged the pencil with a look alike pencil. Steve had made the entire class envy all throughout their semester.

The class drew pictures, colored, chatted and laughed during the hour. Mr. Edward introduced the class with a new form of drawing- the stick form.

“Kids let us draw a stick man today” The young teacher drew a stick man on the class board and the students copied the same on their sketch book.

The school bell rang loud and the children rushed back home.

“Dad looked at what I had drawn today.” Jason showed the sketch book to his father.

Little Jason went cycling, played ball with his pup Brownie and by seven in the evening he was fast asleep.

The bright blue walls of the bedroom were decorated with pictures of characters from Jason’s favourite cartoon series and each and every furniture in the room made it more evident to be a kid’s bedroom.

The room remained dark except for the moonlight coming in through the curtains. The sketchbook lay wide open on the study table . The pages flipped in the gentle wind that blew from the open hall through the door.  The stick man jumped out of the book.

“ What a beautiful stick man I am!” he exclaimed looking at himself. He loved his reflection in the wardrobe mirror.

The naughty stick man opened Jason’s bag and took out his magic pencil. He created more pictures of stick people with it. One by one they all jumped out of the book as to the magic of the pencil.

The stick men  danced and played all through the house. They made faces at each other, fought with each other, played football in the dining room and handball with the  kitchen utensils. They walked on the garden lawns, pulled out the flowers in the bushes and dirtied the floors of the house with mud and dirt. They pulled the laundry clothes out , tore the pages of the library books, broke the flower vases and left no place untouched. The whole place looked like the remains of a battlefield. Jason’s family remained deep asleep amidst the chaos in the weird hours of the night.

“ Oh My………. Look at that.” The early morning discussions in the drawing hall disturbed Jason’s sleep. He walked into the drawing room which looked very untidy and all in the family from the head to the little ones were present there to witness the disordered room.

Jason carefully scrutinized the tiny footprints in his room. All the time he kept thinking whose footprints they were. Brownie was never let out during the night and moreover these footprints looked smaller than the pup’s.

“ Jason the pencil thief….” The stick man in the sketch book looked at him scornfully.

Jason realized he had made a huge mistake in stealing Steve’s pencil and the mess in the house was the price he had to pay for it. The magic pencil was a delight but it solely belonged to its master.

“ I must return the pencil to Steve today..” Jason promised himself.

The stick man in the sketch smiled at him but this time happily.