You are here: Home / Childhood and Kids / The Brave Monkey Mika 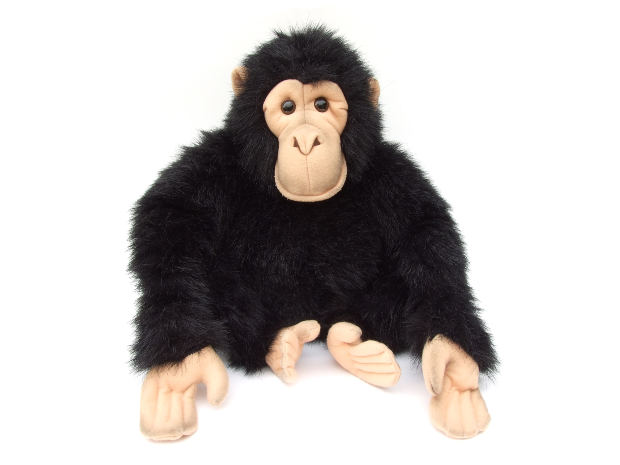 One day the Mika was out running errands with his mom.They shopped for groceries and ate peas at his favorite restaurant.Then the Mika ‘s mom said, “Oh yes, we need tostop off at the doctor’s office for a quick checkup.”

The doctor checked Mika ‘s heart, his blood pressure, and his knees. Then he explained that Mika would come back the next day and get a shot,to protect him from scurvy or something.

The Mika did not like shots.That evening his father came home and Mika told him all about the visit to the doctor.

Mika’s father said, “Mika , I know of something that can help you. Take this map and my fastest pirate ship and find it. Also, if you stay very still for the doctor you can have some ice cream.”

So Mika followed the map through the wildest seas, and climbed up volcanoes filled with fiery lava, and sneaked past creatures so terrible that they will not be described in this book, until he reached an icy castle at the top of the mountains.

Inside, he found a great crab wizard on a crab wizard throne. He crab wizard spoke these words,  “Monkey Mika , because you have braved many obstacles to get here I will give you this rock. When you get a shot, you must squeeze the rock very tightly, and count to three. You will be magically taken into the future where the shot will be finished. Also, you can have some ice cream after.”

The Mika thanked him and sailed back home to get some sleep.The next morning, he took the rock with him to the doctor’s office.The doctor hummed a little song and filled up Mika ‘s shot.Mika closed his eyes very tightly,squeezed the rock as hard as he could,and counted 1, 2,3!

The crab wizard was right! The shot was finished.The Brave Monkey Mika was now immune to scurvy and some other stuff. And he had ice cream on the way home.
__END__