You are here: Home / Childhood and Kids / A FEAST FOR HUNGRY 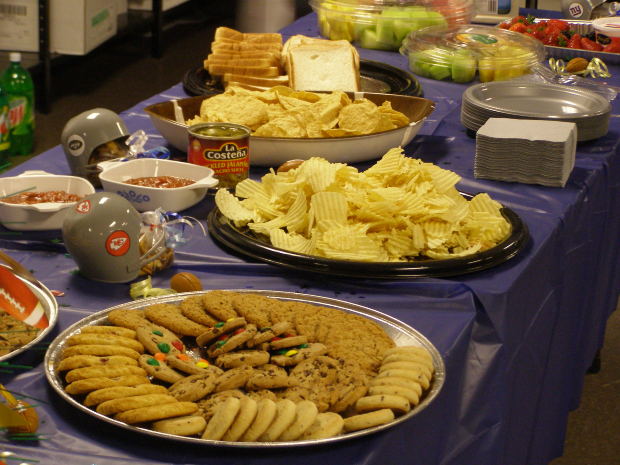 Story for Kids – A FEAST FOR HUNGRY
Photo credit: manuere from morguefile.com

Everyone knows that these days, with our enhanced technology, such as CCTV and DNA evidence, being a successful criminal is almost impossible. Because of the over-glamorous heists portrayed by Hollywood, most people assume that, in reality, crimes are almost impossible to get away with it. However, lots of high-value robberies or burglaries have been attempted in all times, and this is one type of a house robbery in day time with so many eyes alert while a marriage function is going on. Why HUNGER ONLY A THIEF ?

It was the story of a poor man who was once very rich and popular. His name is John.

John was a rich man and his father Ben was a big business magnet in Brussels, the capital city of Belgium. But he faced huge loss in his business and by the end of his life, everything is lost, John is left just a poor.

As you know, when you lose pelf, your fame is gone to the dogs. It so happened with John.

John cannot live in Brussels as he is a son of a defeated businessman. So he migrated with his wife and children to Heembeek , a small village in Brussels.  Later, when a second church was built around this growing hamlet and the two parishes were separated, that became two villages called Neder-Heembeek (“Lower Heembeek”) and Over-Heembeek (“Upper Heembeek”). It was a story after john’s story ended.

When John is in the hamlet and searching a small job, nobody was ready to give him a job. Though he is well educated and well refined to be in a high class society, due to his poverty he is now looking like nothing but a beggar in his rags. So people thought him an inferior man and he is not suitable for trust.

John may be a THIEF also is a thought of the people of the village as he is unknown to them and he looks bad which made them not to trust his words and give him a job.

John somehow got a small place in the village from a kind man to live where he asked his wife and children to stay. He wandered in the village begging a job till afternoon and it was not fruitful. He isextremely hungry and thirsty. Yet he is much worried for his family than his own hunger.

All of a sudden, John saw that big house, where some function is getting celebrated. The house is very big, so John thought that the house owner must be a rich man and the event may be something like a marriage.

He reached nearer to the house and by the odor coming from the house, he felt that some tasty food is getting ready in the kitchen. This is the odor of some tasty broth getting cooked which attracted his appetite. It is getting increased like wild fire in his stomach and started burning him.

He could not stop this heavy feel of hunger which made him a thief in no time. The hungry thief entered the kitchen at once.

Just then he saw a woman there before a big bowl of broth on the fire in the kitchen room and she is dropping something in that big vessel of broth.

As the woman saw john in a fraction of a second, she started yelling, taking the sky on her head, “thief! .. thief!…”

John is looking not better than a thief. So he is caught in no time and he is presented before the owner of the house, the landlord. The landlord is Stephen who is a big business man.

Stephen gazed john and he wondered for he is a new man whom he did not see. He knows everyone in the village and surroundings. So he expressed his wonder.

“I am seeing you first time here! Who are you my dear thief? What is your name?”

John was offended for being called as a thief.

John’s words expressed that he is offended by the word ‘thief’.

“I know, no thief accepts his identity, naturally… so, you are a ‘marriage-thief’, right?” Stephen said.

“When I said I am not a thief, how I can be branded as a ‘marriage-thief’ or something other class thief sir? ”

“What are you then?”

“I am a job-seeker, an unemployed person.  I came to this village for a job. But unfortunately, nobody gave me a job. I am hungry. My hunger attracted me to this place. If you want to say some one as thief, it is my hunger. It brought me here in to your kitchen, so you can call my hunger a thief, sir.”

There is sincerity in John’s way of talk and his polished tone made the landlord think that he is not a thief. He is really a good man and it is a fact that he is in search of a job., he thought.

“So the hunger is the real thief. He should be punished, you know.” Landlord said with some implied thought.

The landlord ordered his servants to give him food served on his table in the same room. When food is served, john is eating as he is very hungry and Stephen is very happy for giving food to one real very hungry man, though unknown, on the day of his daughter’s marriage.

While eating his food, john said that his father Ben was a big business magnet in Brussels and as he lost everything in the business, he was deeply in sorrow and demised. As a result of all this, John is helpless, he came here in search of a job. He said, he thought that a village will be better for starting his new life.

The landlord Stephen knows Ben, so he believed everything.

“It is okay, don’t worry! I will see some job for you. Today is my daughter’s wedding day going to be celebrated. Eat well and take food home for your family, take rest. We will meet again tomorrow.” Landlord said.

After John finished eating, he praised the food is very nice.

“Thank you sir, I especially like to say that the GOLDEN BROTH is excellent!”

Stephen looked at John’s face, with a doubt, that why John is saying the Broth as “GOLDEN BROTH”.

When he expressed his doubt, John said what he saw in the kitchen when he entered there with hunger.

The woman who dropped something in the big vessel of cooking Broth is a ‘long big golden necklace’ and as he saw John, she thought that she will be caught as a thief, so she started crying so that John is caught as thief.

Stephen’s men caught the woman who burgled the necklace and they found that jewel also in the vessel of Broth which belongs to the bride to be wedded on that night.

John helped in finding the woman who dropped that necklace in to that bowl. The real thief accepted that she did that crime.

John went home with food for his wife and children, with burden free heart as he is promised of a job by Stephen.

The other day, John met Stephen who helped him to start a business from a new angle and the landlord Stephen helped him with the necessary capital and guidance.

John became sooner a big business man like his father and he became cautious and alert for not to face loss like his father, with the help of Stephen who is a successful businessman for a long time.