You are here: Home / Childhood and Kids / Independence Day 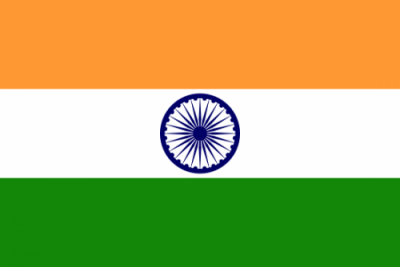 It was that time of the year again – the time when people all over India are struck with the fever of patriotism; all Indians irrespective of their caste, social standing or creed, remember and celebrate the brave souls who freed us from the clutches of more than two centuries of European colonialism. Yes, it was Independence Day.

In a small shack in northern Kolkata, Subhash woke up to the sound of the national anthem playing on amplifiers in his neighbourhood. He felt very cheerful and wished he could wake up to such sweet a song every day. He knew that today would be a big day for him, so he immediately got up, folded up the mat on which he slept, quenched his thirst, and bid his mother goodbye before leaving.

Subhash was only ten years old. However, fate had not gifted him with the usual delights of a ten year old boy. He had to contribute to his family’s earning, as his mother’s small tea-shop was not enough to sustain a family of three. His father passed away after an accident when he was only three years old, and he had the faintest memories of him. His mother always told him that they used to live in a one-room apartment somewhere in Shyambazar, and that they used to have a bed; but it was funny to him because all he could remember was waking up on a mat laid out on the floor all his life. He also had a younger brother, Sujoy, who was eight years old, and used to go to school. Subhash had always loved the idea of going to school, and wanted to be able to do that himself, but being the elder child, he understood his responsibilities very well and so he did not complain or cry. As a matter of fact, he had never cried in his entire life. He was instead satisfied knowing that his brother was getting educated.

Subhash used to work as a hawker, selling various items ranging from small toys on one day, to chips and candy on another. The modus operandi was simple – he would wait for the red signal to come on, and then he would walk in between the cars on the road and try to sell as much as he could. Today however, being the special day that it was, he decided to sell small Indian flags that one could fit inside their cars as a token of love for their nation. He arrived on the ever busy EM Bypass road, and prayed for a good day before plying his trade.

The customers seemed to respond almost immediately. Here there was someone saying “Okay give me two of those”, and then again someone else would buy as many as ten. He was overwhelmed at his sales. He walked towards Salt Lake, where a girl bought two more flags and even clicked a selfie with him! He was so delighted at this that he even gave her one for free.

To his surprise, his business was over in only three hours. On any normal day, he would probably have to wander about for the whole day, and even then he might have had unsold products. Today, he had finished his whole stock in just three hours!
“This is a miracle!” he thought.

He sat down in a quiet corner and began to count the money. When he was done, he could not believe it. So he counted it again. It was still the same.
“Rs. 200 in just three hours! Wow!” he exclaimed, still unable to believe it. “I have decided, tomorrow I shall be selling these flags again.”

As he started back home that day, he stopped at this fast-food restaurant to have an egg roll. He loved these rolls, and always craved for it. “I wish I would have gotten as much pocket money as one of those rich kids. Then I would buy one of these regularly” he thought to himself.

He sat there for about an hour, devouring the delicious roll with his eyes, nose and his mouth and complimenting it like it was the woman he was going to marry. Then he decided to buy two more of those to take along with him back home, so that his mother and his brother could enjoy it. He smiled to himself thinking about his mother’s beaming face, and his brother’s hands messed up with all the ketchup. As he walked home, he saw a hoisted flag and looking up at it, smiled and said “Thank you.”

As he walked down the street, he had a slow smiling air about him. He looked at the stores on either side of the road, and pointed out in his head those items that he could buy with the day’s income. “I can buy those chips, that Pepsi too.” He also calculated in his mind a rough estimate of his income over the next week or so. He imagined that if not Rs. 200 daily – even if he could earn about Rs. 100, it would mean Rs. 700 in the next seven days! He even imagined starting his own flag-selling business. He was so excited by the prospect that he almost started jumping up and down in joy in the middle of the road.

When he returned home, and showed what he had brought, his brother embraced him in the happiest of hugs, and his mother too said she was very happy. As they chewed the food, he looked at them and was lost in his own thoughts of pride and joy. Being able to do something for his family, something which made his mother happy and his brother too, made him feel very proud. He almost felt like a father watching over his children as they enjoyed their meal. He knew the reality, but he felt that today, he was just as rich as the Birlas and the Ambanis. Maybe not in terms of finance, but in terms of pride and happiness, he felt at par with them.

As they were thus eating, he looked around the small room and noticed Sujoy’s school bag.

“What happened to your bag Sujoy?” he asked.

“Oh it got torn today at school” replied Sujoy.

“Well there I was at the flag hoisting ceremony, and when it was time to leave, I noticed that it was torn. I don’t know how it happened. It was very old anyway.”

“That’s okay. I’ll buy you a new one, I promise you” he said, smiling.

“Really? Thank you so much Subhash!” he replied, elated.

The next day, Subhash got up early. He left the house before the others woke up. He had already procured about thirty more flags the previous day, which he intended to sell today. He had not told his mother or his brother about his intentions however, because he wanted to be able to surprise them with the cash that he would bring home. He went again to EM Bypass, and prayed for a good day.

So he went about his usual routine – waiting for the red light, and then moving in between the cars to sell his flags. He knocked at the window of one car, but the driver waved him away. Then another, same reaction. He was a bit surprised by the unwillingness of his customers today. He was even waved away by the taxi-drivers. This went on for some time, before finally the window of a car opened.
“Take a flag sir. One for only five rupees” he stated innocently.

“Are you mad? Why are you selling flags today?” was the reply.

Before he could say anything, the driver closed the window and started his engine. He moved to the sidewalk and wondered what was wrong. “Yesterday they all bought these so easily. Why not today?” he thought to himself.

He was astonished. He remembered the statistic of the previous day – about forty flags sold in three hours. And here he was today, one hour gone by, and he had not sold even a single piece.

As time went by, he grew more desperate. “Maybe they think the price is too high?” he wondered.

As a new wave of traffic came along, he shouted “Two flags for five rupees! Take it, take it!”

Still no one budged.

He started to grow even more desperate and hungry as well. He went over to a taxi-driver and pleaded to him, “Sir please buy a flag. Two for five rupees.”

“Go away” the driver replied.

“Please sir. I have not had anything to eat since morning. Please take it!”

This time, he was offered a slap in reply. “Get away from here you little pig! I told you I don’t want to buy your flag! Independence Day was yesterday; what the hell would I do with a flag today?!”

The driver’s words and the slap stung Subhash. He walked away, holding his cheek. He felt miserable now. He tried for about half an hour more, but in vain. Disappointed and heartbroken, he started running with nowhere to go. As he ran, he came across the hoisted flag in front of the fast-food shop, and sat down beside it. He was however driven away from there by the owner of the shop.

Confused, humiliated and disappointed, he sat down on the street. He placed his satchel beside him, and looked around. He suddenly saw a bag hanging on display in a store, and he was reminded of his promise. “How can I now buy the bag for Sujoy?” he thought to himself, and felt morose.

He sat there for a long time. He watched the traffic, but not a single person was interested in his flags. A million thoughts bothered him in his mind.

He did not have the answer to any of his questions. Oh innocent child! If only you would have known the meaning of plucky patriotism.
As he thus sat and wondered, he felt something happen which he never knew before could happen to him – his heart felt cold, and something warm streamed down his cheeks.