You are here: Home / Childhood and Kids / A Hungry and Greedy Fox Preying Zebra 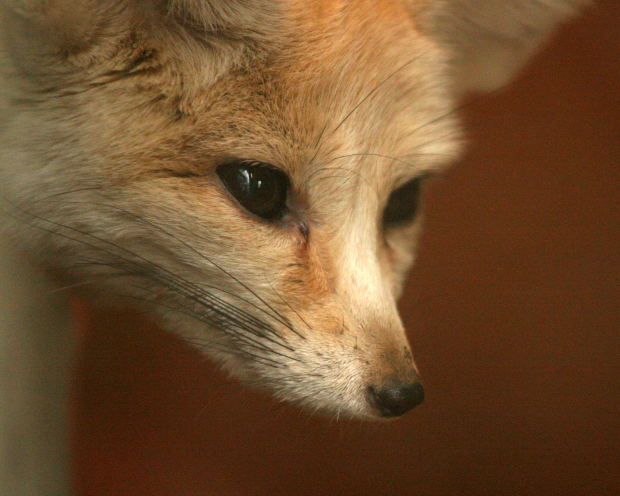 Once upon a time there was an old fox. He was so old that it could not prey even small animals and therefore he was becoming weaker and weaker. One day he was wandering nearby lions’ den. Suddenly he smelled fresh blood. He could not believe his luck. However, as usual, his happiness was very short. He saw whole lion family was feasting a zebra which was just hunted by lady of house. Aroma of blood and glimpse of flesh were tempting him enough to dare to go further.

he started inching towards buffet. He had to squeeze his leg when he heard a thundering roar of the lioness. She asked, “Who are you and don’t you love your life anymore?” Fox replied very humbly, “Oh my beautiful queen! You are the bravest among beasts. However this stupid mind of your slave is unable to conceive how you just with yourself prey this powerful zebra.” Lioness hearing her praise became bit quiet and friendly. She told how she preyed zebra from a herd that might still be there at nearby grass field. She also proposed if the fox would like to see live demonstration of the prey; however he might need to block escape route of game because lioness who just had meal might not run fast enough.

Offer was very lucrative. Fox knew that an extra zebra would be of no interest for the beasts’ family and lioness might leave the prey — a whole zebra — just for him. This meant that fox would not worry for food for next one month. He readily agreed to lioness’ proposal.

The game started within less than five minutes. Lioness instructed fox to stand little far from the herd and hide himself behind a bush, aside path from grass field to river. She told fox to jump suddenly in front of escaping zebra so that zebra would slow down due to shock and she could attack at its neck from behind. Strategy was well understood by fox. He hid behind the bush and started waiting for his fortune to come. 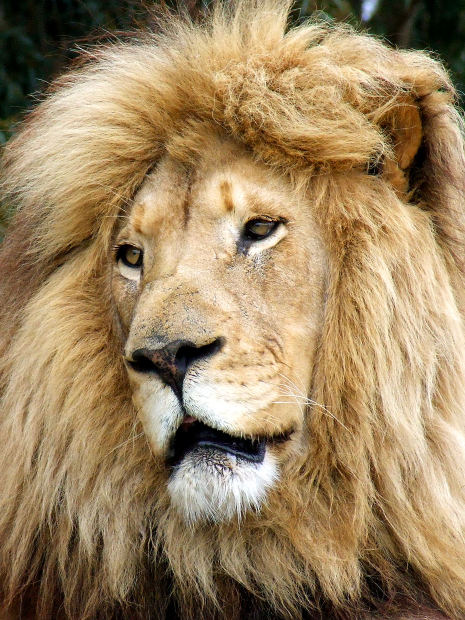 Apt lioness slowly and quietly went other side of the herd. She had to chase a zebra from far end so that by the time zebra would reach near the bush it would be too tired to react against surprise attack by fox. She took a long walk to target a zebra that was bit away from the herd. Very soon chasing started. Zebra was running for its life. Lioness, who just had sumptuous lunch, found herself much slower for this prey. Strategy started turning in to shortcut tactic. She, instead chasing zebra through long way, forced it to go into the middle of herd so that it would slow down. But her move was wrong. She found herself amidst hundreds of fully grown zebras. She could hardly see anything but fast moving black and white strips around her. Unable to think any further she resorted to a loud roar. Thundering sound of her roar injected more fear in the herd. As a result, whole herd stampeded towards the bush with even greater velocity.

The greedy fox was awaiting impatiently behind the bush. Moment he heard steps nearby the bush he attacked the surging herd of zebras. Result was obvious. Within no time he was badly crushed by the herd. His tired mistress could hardly find any trace of his earthly existence.