You are here: Home / Childhood and Kids / THE SECRET OF MANNEQUINS 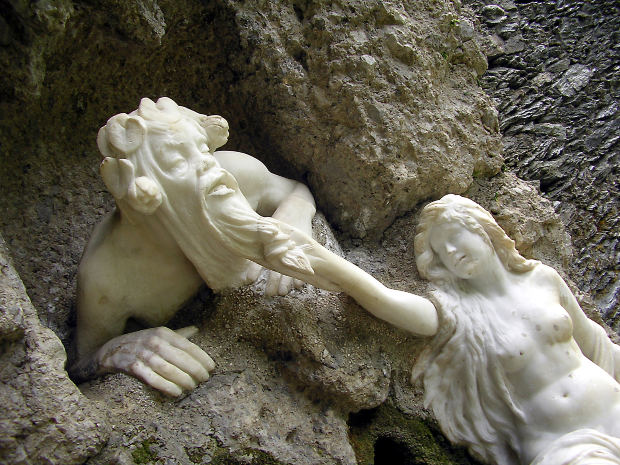 A mannequin is an often articulated doll used by the artists, tailors, dressmakers, window dressers and others especially to display or fit clothing. The term is also used for life-sized dolls used in the teaching and used to model the behavior of the human body. The secret of the three dolls is revealed in this story.

This story goes to a kingdom where there was a clever king by name Kushalsen, clever minister by name Budhisresht and the court clown by name Vidushacharya along with a bright court-advisor by name Sukshmgrahi.

One day one great sculptor from the kingdom came to king’s court. He made three life-sized mannequins to gift them to the king, the minister and the court clown.

“Dear king, These three mannequins are very special and made to suit, one for you, the king, one for your clever minister and the third one for the court clown. Your majesty has to decide which is suitable for whom among you three and tell me why. This will be my pleasure to see that you will understand my idea and appreciate this.”

The sculptor said with confidence that the court will be revealed with his work and the secret of these three mannequins.

Sukshmgrahi examined the three mannequins very carefully and found that all the three have holes at the place of ear. There is a button also and when it is pressed, the inside of the mannequins lit bright and visible.

The court adviser ordered for a thin and long metal wire. When it has come, he dropped one end of it from the hole at the ear in one mannequin and pressed the button to illuminate inside. The wire came out from other hole of ear of that mannequin. When he dropped the wire in the ear hole of the second mannequin, the wire has gone deep inside it’s stomach. The court advisor dropped the metal wire in the ear hole of the third mannequin and the wire came out from the mouth.

Sukshmgrahi finished his examination and explained his analysis like this-

“The first mannequin is designed to suit our court clown Vidushacharya, because he is very simple and what he hears from one ear leaves from the other ear, as his nature of job is not much important to contemplate on anything seriously. He is a light hearted gentle man, so this first mannequin is to be gifted to our Vidushakacharya.” Sukshmgrahi said with deep contemplation.

The sculptor clapped saying that what Sukshmgrahi said is his thought while making that mannequin.

Now Sukshmgrahi stood before the second mannequin and said like this-

“When the metal wire is dropped from one ear, it has gone deep in to the stomach and did not come out. So this is perfectly made for our minister Budhisresht who will not reveal anything he hears and keeps it as a secret in his stomach. He reveals anything when the time comes and it is needed, until then all the news he knows or hears will be kept as secret. A clever minister needs this quality of keeping things UNREVEALED until it is needed to reveal. So this mannequin is made for our minister Budhisresht.”

When Sukshmgrahi said this, the sculptor clapped in still more heavy sounds and applauding him, he said, “Perfectly right. I made this doll for our respected minister Budhisresht!”

“My lord, it is made exactly to suit you. You hear anything and before judging on that, you will consult with your minister. So this mannequin is made to suit you. The metal wire goes from the hole of the ear, but comes out from the mouth.”

Now the sculptor clapped heavily in extreme satisfaction and applauded the court advisorSukshmgrahi.

“Perfect! Very Perfect! I intended this for our beloved king only!” The sculptor said.

(This is my children story ‘MURTIYON KA SANKET’  in Hindi, published in Rajasthan Patrika dated 17 November 2002)