You are here: Home / Childhood and Kids / Sparrow and the Foolish Monkey 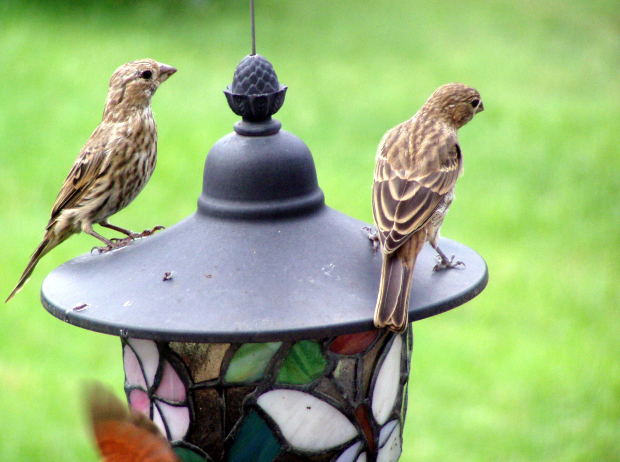 In a faraway village, below the mountain town of Shivpur, lived a sparrow with its family. The sparrow had built its home in the neem tree growing inside the temple. There were other birds too residing on the same tree.

The village people used to visit the temple daily. Small children’s & kids accompanied there parents and grandparents to the temple for praying to God. The temple was full of activity,in the morning and evening, with children’s running around and elders signing their bajans and the priest performing the poojas chanting slokas  to the Lord.

Being naughty like all little ones, the baby sparrows Raju & Somu used to play pranks with kids and childrens. They used to gather their friends and tease the childrens coming to the temple for worshipping. This went on for sometime. In the meantime the little sparrows learnt to fly.

One day they had an unwelcome visitor in the temple – an angry monkey sitting on the compound wall of the temple. Raju and his friends saw this and ran to inform about this to their grandparents. Raju’s grandparents cautioned them & their friends to be careful and not to go near the monkey.

When village people started coming for worship, the monkey ran away and hid in the neem tree. The little ones fightened by this began screaming. There was choas and the priest came out to see what the commotion was for. He could not see the monkey hiding in the tree and went away.

Raju & Somu reported the arrival of monkey to their mother. “Be careful” advised their mother and she  discussed this with her parents and necessary precautions to be taken.

The monkey found the tree and the temple an ideal place for its home. Days passes into weeks & months and the monkey settles down.

One day Raju, his friends & Somu were playing in the tree hide and seek. At one point of time Somu’s friend, a little parrot flew to the branch where the monkey had its home. Surprised to see that, it peeps in to find  the monkey asleep and shivering. It called out to Somu and Raju & other friends. They all come and see the monkey. They run home to  tell their parents about this. The elders help the monkey with food and medicines. The monkey unable to move thanks them for the same.

The monkey recovers with the given  medicines. After a few days it comes out and spends time on the temple wall. The little parrot curious about the monkeys health, goes to it with her friends, enquires the same, but gets a blunt reply from the monkey.

Raju the little sparrow, next day while playing, suggests to the monkey, who was shivering in the cold, to make fire for warmth.This angered the monkey, that such a little fellow who had no experience advising him how to keep warm.

So instead making fire for warmth, the angry monkey caught hold of Raju -the sparrow and killed him by fire.

The temple priest and village people who saw this got angry and chased the monkey away from the temple. The sparrow, parrots and other birds and animals living on the tree attacked the monkey. The monkey ran away to escape from their attack.

The parrots, birds & other animals consoled the sparrow, but mother sparrow felt sad and unhappy.

So advice to a stupid person will bring more harm than good. Always remember to give advice to a normal person and not to one who is angry and foolish.