You are here: Home / Childhood and Kids / Auto fare paid in advance 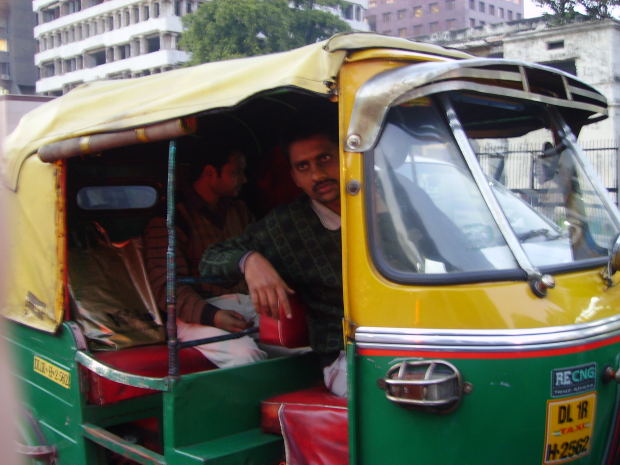 This story also has a wit, which I believe, if people try could apply in bad terms by not paying in actual in advance. But then let me tell you, the trick also would not work out, as the auto driver then would be in such extreme rage that he would do anything he needs to, to get the fare from you. So here I wont request you not to apply the trick in the bad terms, rather would advise you, to not to do the same.

Once Swapnil was returning from office. He came to an auto stand to avail an auto of his route, the last break in his whole journey while returning. It was a bit late at night and so the rush also was not there. The auto unlike other times, when people wait in queue to get one auto, was in turn waiting for passengers to fill in with.

Now there’s a practice, that people availing in auto, since avails almost everyday, knows the fare till his destination and so tries to get rid of one task from his huge to do list of whole day, by paying the fare in advance in the beginning of the journey itself.

So here Swapnil seeing that he was the only passenger then and would have to wait for four more to fill in the auto, thought of preceding his daily tasks one step ahead by atleast paying the fare for his journey, after mentioning his destination. The auto driver, who was sitting inside the auto in his place only and was waiting, also took it and kept in his bag and started waiting for the other passengers again, along with Swapnil. Gradually the other four passengers, required to fill in the auto, came and the auto also started running.

At one stop where Swapnil was about to get down, Swapnil told to stop the auto to let him get down. The driver stopped. Swapnil since has already paid the fare for this journey of his, got down off the auto and started confidently moving towards his house, which was a bit far away from where the auto stopped, in some other direction, when the auto driver called on him. Swapnil immediately once more recollected that he had paid the fare and the auto driver was not calling him for that. He still turned and asked the reason for calling him, when to his surprise the auto driver asked him to pay the fare. Swapnil still thinking that the driver might have forgotten completely about that, told to recollect, that he has already paid so before even starting off. Still the auto driver was not willing to agree to that.

Swapnil understood that the auto driver was trying to play trick with him. Also since there were no other passengers in the auto that time, when he paid the fare, as witness, he understood the driver is trying to take that chance. Swapnil understood and quickly took out his cell from his pocket, as if someone has called him in his cell, switching it off, so that noone in actual could call him during this time as he is pretending to have already got one call, held near his left ear with his left hand and saying hello to it said to the driver, “O really? I dint pay. Ok I would pay you.”

Telling this Swapnil, acting and putting his right hand periodically in all the pockets he had in his shirt and trouser, started searching for the fare amount in them and in the meantime pretending to drift his attention to his cell completely said, “Yes hello. Who’s this? O Kumar? Yes tell me man, what’s up? What!!!! Dacoits? Stolen? What are you saying? You mean the rented house in which we stay? All the items in that have been stolen?”

By this time Swapnil has also completed his acting task of searching in all his pockets for the fare, and had also taken his hand out of them completely showing his incapability of being able to search for that amount with his one hand and also that he is shocked by the news he got over his cell phone more than the tension of searching the amount and paying. Then putting his hand on his head sat down on the road, pushing the hair on his forehead backwards by his hand hard, periodically, as if he is shocked and hopeless and knows nothing about what to do now. He then continued over his cell phone,

“When did you return from office? So just after then only you saw this condition? Did you inform the police? O my God!!!”

And pretended to as if unable to decide in which direction he would go, once going towards his house, once towards the auto, but for going somewhere else in the auto and not remembering that he had to pay the fare yet as per the driver. He started showing that in this meantime getting this bad news he had completely forgotten about paying the auto fare. He once sat in the auto to travel more and then again got down, just to show how worried he was.

The driver in the meantime thinking that since he has already got the fare in actual and not wasting anymore time, or else the other passengers would be expressing their anger, told, “O! now I remember, he has really indeed paid the fare at the beginning of his journey, when he was the only passenger then, and you all were yet to arrive. Yes now I remember. You know handling so many passengers throughout the day and their different timings of paying the fare actually confuses me. Also I am new to this business. Hopefully after few more months I wont do these type of mistakes. Anyway sorry for wasting all your time. I would have also asked for apology from that passenger as well for worrying him so much, but he is currently on phone now, so leave it. Also I feel sorry for him as this bad incident has happened with him.”

Swapnil since in actual was not speaking over his cell phone, was able to hear the driver and so then switching on his cell phone once again said pretending to tell over his phone, “O till now you were kidding with me Kumar? Then fine, no problem. Thank God!!!”, then drew near the driver of the auto and said, “Yes go ahead, ask for the apology. Nothing has happened. I am also now not on phone anymore.”
All the rest of the passengers busted into laughter, and the driver feeling very embarrassed drove away with them.