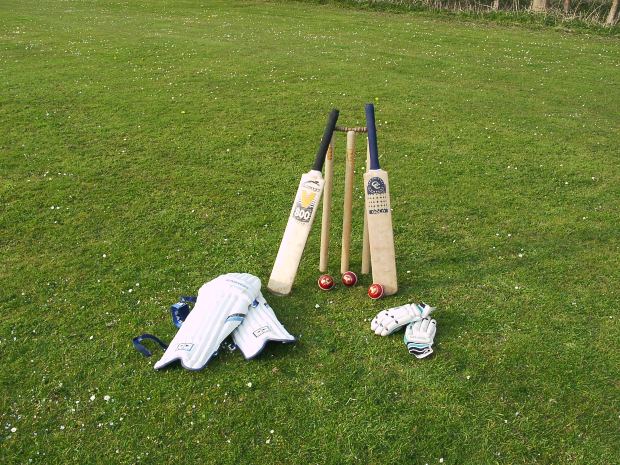 It was 2011 Cricket World Cup Final match, to be going to start in another few hours. India after again a long time has reached the final and would be taking over Sri Lanka. Its not only tough and tension creator for each team, but also filled with lots and lots of excitement, thrill and suspense as well for both the countries.

However unfortunately the game was scheduled on a week day and so like many others, Swapnil being unable to manage a holiday on that day, went to office, but thought of returning early before the match starts.

Swapnil those days was living in a rented house, sharing with the only other guy Sani. This Sani again was not that fond of cricket. So it almost had no impact on him, even though it was a cricket world cup final match. He like few other house wifes loved watching serials and films more than passive participation in any sports. His profession though again was noway related to television as he was proved and rewarded to be a good businessman.

So Swapnil from very beforehand knew that till that day, though they could manage, adjust their individual timings of their programmes in television, each sacrificing for each other at some time or the other, with the only television they bought, that too sharing, in their rented house. So both had equal ownership on it. But today Swapnil was scared that he might have to sacrifice his match. Moreover this Sani was also telling that he had one final of one reality show, he used to watch. The timing of both his programme and that of Swapnil’s match again also was clashing. So Swapnil thought of not taking any risk and requesting him for that day, rather would better apply some trick directly.

Swapnil indeed managed to get out a bit earlier than he even thought and planned to, from the office. He before going to house, went to somewhere else and then from there directly to his house.

As usual, reaching there he found Sani also to have come back earlier. On hearing the calling bell, as Sani opened the door for Swapnil, Swapnil found, just as per his suspicion, the television was switched on and Sani had already tuned on to his required channel. Not that Sani knew about the match, but still to confirm from beforehand only, informed Swapnil, that he need to watch the final of the reality show for 3 hours, so that Swapnil dint request for anything before Sani did. Swapnil waving at him and saying fine went in his room to become fresh.

Just after he came back to the drawing room he said, “Sani generally, we each make tea for each of us. But today I have a severe head ache, So could you please make some tea for me?”

Sani to this, thinking that Swapnil already since had permitted him to watch his show final, also having a severe head ache for sure wont be liking to watch anything else of his choice in the television, became happy and said, “Sure why not. I would just bring it for you.”

As Sani came in with the tea, he saw Swapnil had tuned to a channel showing some cricket match. Seeing only he was a bit scared and started suspecting whether Swapnil would again tune back to his desired channel at all or not and asked, “Swapnil here’s your tea. Now could you please again tune back to my channel, which I was watching?”

Swapnil said, “O thank you for the tea, keep on the table. And yes, since still there’s some time for your show to start, I thought of watching some cricket and now few more balls…if you dont mind….?”

Sani suspecting that Swapnil even might go on watching this channel requesting for one or two balls like this, and his show would start and he would miss a fair amount of it, he kept the tea on the table and snatched the remote from Swapnil.

Swapnil also gave an impression of “Fine, not even one ball you would let me watch next? Go on, go on, tune to your desired channel.”

To this Sani nodded pessimistically and tried to tune to his channel back saying, “You have a head ache, have the tea and go to sleep. I would call you for dinner once my show gets over.”

Then to his surprise he was unable to tune to any other channel than the one to which it was set to currently. Swapnil also pretended to snatch the remote from him and tune to Sani’s desired channel and try to show that he too was quite interested for him to able to watch the show. Sani and Swapnil both tried a lot of things with the remote and even tuning manually, but all in vain. Then Sani seeing no hope, he, without sitting and investigating on the matter further on how suddenly this problem started and that too when he went to the kitchen, when previously he was watching all fine, and moreover arguing with Swapnil would also be in vain, as he would simply say that since he was in kitchen, so for the time being he was watching his favourite channel, and then he also doesnt know how it happened but is not tuning back, thought it better to go to the house owner’s room and watch the show, as the house owner’s wife also used to see that, and would be watching today as well. He quickly went out.

He knew that once Sani is again back, his match again would though not be over by that time, he would still anyway manage and explain to Sani what has happened, and would request that since Sani was still able to watch his show, let him allow Swapnil to complete watching the match.