You are here: Home / Childhood and Kids / Greed For Apples 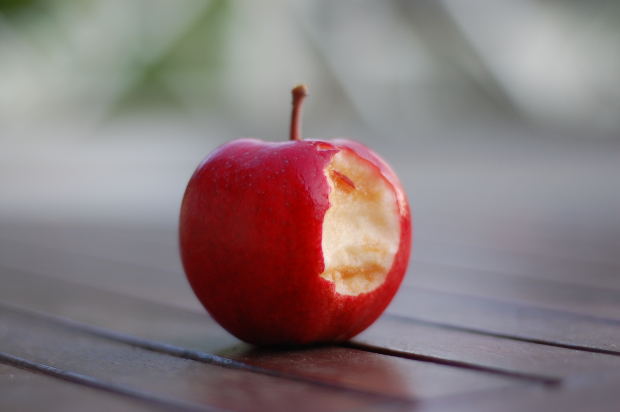 One day Swapnil was returning home at night from his work. Suddenly one robber came with a pistol in his hand and told Swapnil to take out all the things he had and give it to the robber.

To that Swapnil didn’t argue and handed over all the money, his watch and the gold chain that he had.

Just after handing over all the things to him, Swapnil told to the robber, “Sir since you asked to give away all the things to you that I had, then let me also tell you that if you had had met me a few minutes later, you had had also got that apple as well which is hanging right there on the tree at your back. I was just planning and about to pluck that from that tree. So now since I couldn’t pluck before you asked all the things from me, why don’t you yourself pluck that by firing one bullet at it, as you owe that also from me?”

The robber to this said, “Not a bad idea. Now that I have got all the things and it would almost long for another couple of days, and I still have some time in my hand and also a easier way of plucking it off from the tree, why would I miss that bonus? Ok!! So where is that apple, show me!!!!”

Telling this just as the robber became a bit careless turning back, Swapnil quickly snatched the pistol from him and pointing at him said, “Sorry Sir, you should have noticed the place much better where you are robbering from beforehand. There is no trace of apple here. Now not only you would return me back all my things, but also would pay me something extra for wasting my time.”

The robber did exactly what he was told to and ran away in fear.