You are here: Home / Childhood and Kids / Peter – The Champion 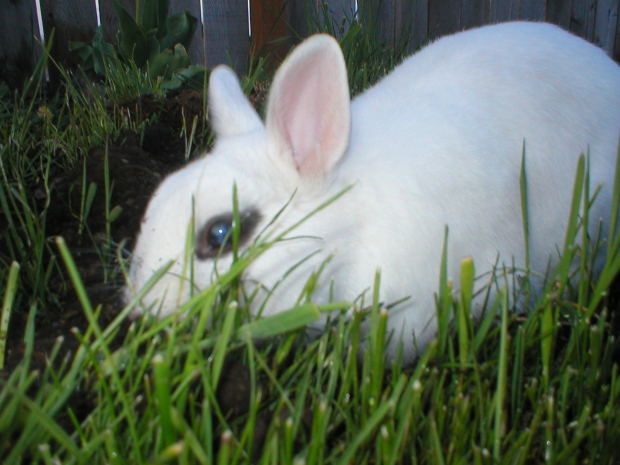 Peter is a cute rabbit. He is the friend of James. James is studying in third standard in St Xavio Matriculation School. He loves Peter in such a way that he likes to go for shopping along with Peter. Once he leaves his school in the afternoon, he runs to his house and after throwing his school bag, he proceeds towards Peter’s cabin. He brings carrots from his mother and feeds to Peter telling him various stories he heard from his teacher during the day in his school.

Peter eats the carrots and listens to James keenly just moving his ears here and there. Once he likes the stories very much he starts yelling in a mild tone. James never  leaves his house. When he leaves his house other than his school, he always insists his parents to allow Peter to join with them be it to the market for shopping or to the play ground.

It was during a Sunday evening. His parents told James that they would be going to a circus that evening. James had seen a circus performance two years back, however, he could hardly  remember what he had seen in the circus. He felt very happy and told his parents to take him to the circus immediately. Suddenly he thought of Peter. He never wanted to miss Peter. He knew very well that his parents would not allow him to bring Peter along with him to the circus. However, he pleaded with his mother and his mother persuaded his father and finally Peter also started moving towards the circus

Since it was the first day, there was  a lot of crowd. Small boys and girls coming along with their parents started shouting in the camp. Peter was keenly looking at the center of the camp and suddenly the boys and girls belonging to the circus company started running towards the center waving their hands at the crowd. The crowd cheerfully applauded on seeing the circus girls and boys in colorful dresses. James started clapping his hands along with the crowd. Suddenly he looked at  Peter. Alas – Peter also was clapping his hands and moving his legs here and there.  James stated enjoying the games played by the circus boys and girls. 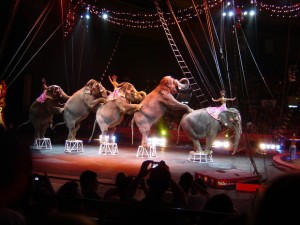 James and Peter were enjoying the games and they could hardly remember that they had been in the camp for more than an  hour. James saw that the circus men started placing a round table in the circus ground. His father whispered in his ears that an elephant would come to the center and stand on the center table. James could not believe what his father had said to him.

The elephant came, waved at the crowd and stood on the center table for two minutes and slowly started moving inside the camp. The men were about to remove the table and by which time, Peter started running towards the table. James could not run behind Peter and he along with his parents started watching Peter astonishingly. Peter took a colorful ball available in the ground and ran towards the center table and started standing with his two legs while he kept the ball on his nose. He removed his hands from the ball and started balancing the ball on his nose and to the surprise of the entire crowd he kept the ball on his nose for nearly five minutes. The orchestra played a cheerful music; the circus men, women, boys and girls clapped their hands uniformly and the entire crowd started applauding the champion – Peter who performed cheerfully standing on the table. The photographers started clicking photographs from all directions. The TV people started focusing on Peter very keenly.

Once the game was over, Peter ran towards James and sat by him quietly as if nothing had happened. Within minutes, the circus manager started running towards James and handed over to him nice flowers  and a lot of sweets and cakes thanking him for the best performance shown by his friend, Peter.

And to the surprise of everybody, the manager started feeding Peter with nice pieces of carrots brought by him in  a bag and he softly touched Peter’s head thankfully and affectionately.