You are here: Home / Childhood and Kids / And So Is The Law of Nature 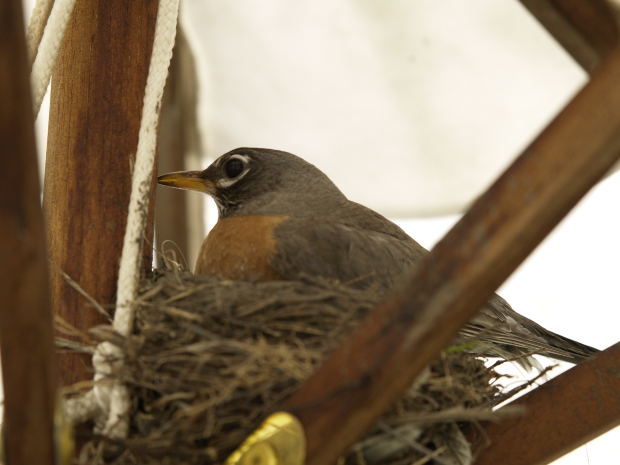 Kids Short Story – And So Is The Law of Nature
Photo credit: rollingroscoe from morguefile.com

“Mommy, I think Olive is not well”, Sia came running to her mom.

“Let Olive rest, Sia. You are getting obsessed with her.”  Mom snapped back. Sia was just told by her mom to not disturb her as she was doing some very important work. Mom was busy on her laptop. Sia couldn’t take the fact that Olive was still in her nest and was just not ready to come out. She usually comes out every morning, flies to some long distances, gets some more twigs and attaches it to her nest. But today, she is still inside her nest.

Olive and Pine are two cute pigeon who made Sia’s balcony as their permanent residence. Last one week both of them have been building up the nest with small twigs and leaves. 5 year-old Sia was amazed at Olive’s & Pine’s creativity to build such a beautiful and strong nest with just a beak, they had no hands after all. She came around her mom to ask a million questions about why pigeons don’t stay in strong homes like theirs.

“They will get wet in the rain, Mommy. How will they protect themselves from rain storms?”

“Mommy, what will happen if an earthquake comes? Their nest will get destroyed? Why can’t we build a nice big house of bricks and cement for them?”

“Mommy, where did Olive & Pine stay before building this nest? Why did they change their home? Did they not have enough friends in their previous home?”

Sia had innumerable questions about Olive & Pine. She was the one to come up with the names. While they were building the nest, Sia was having her favorite Veggie pasta. She dropped a small piece of the pasta, but Olive did not take it. Then she dropped a piece of onion, Olive was not interested in that either. Finally, she dropped a piece of Olive and pigeon just took it in its nest. That’s how she got her name – Olive. And then the name Pine came naturally to her. Dad helped her understand which one was female and which was male. Olive has a little ring around her neck and that’s how she is the female. Since the day she noticed these pigeons coming with twigs in her balcony behind her old tri-cycle, she was totally enchanted. It became her habit to check on them almost every hour when she was home. She wouldn’t eat her food after coming from school, till she finds both of them back in the nest. By now, she knew the entire schedule of the birds and a bit of anomaly to that schedule would make Sia very worried.

Since morning today, Olive did not come out of her nest. Sia was getting worried if Olive is down with flu or cold since it rained a bit last night. Pine was not there, he must have been out since long.

“Mommy, can you check Olive’s temperature using my thermometer? She doesn’t look too well.” Sia said as she came with some tiny bits of chapatti to feed Olive. But the bird did not move. She saw Pine come in after some time and sit close to Olive. He kept giving her rubs from the beak. When Sia left the chapatti bits on the floor, Pine flew and got the bits for Olive and also ate some of them himself. But Olive was just not moving. It was time for Sia to go to her cousin’s place, but she was really worried. “Why is mommy not taking Olive to a doctor, Olive is not well and she is not taking it seriously?” Sia thought, upset with her mom, she simply went away to her cousin’s place as she knew that disturbing Mommy during office work can get her a good scolding.

Sia came back after 3 hours and found that now Pine was sitting on the middle of the nest and Olive was doing all the work. She did not understand, earlier it was the other way round.

“Mommy, what are Olive and Pine doing? It looks like they are hiding something.”

Mommy came down to check on the birds and realized Olive had laid an egg and now they are taking turns while sitting on it. Mommy explained to Sia, that Olive and Pine have a little egg which will give them a baby, so they both are protecting the egg from cold while sitting on them. Sia was shocked initially, then happily surprised and eventually she was super excited. She called up her cousins and her friends to let them know that Olive and Pine have egg. Now Olive became Mommy Olive, Pine became Dad Pine and the little one became Baby Sia.

Next 3 weeks were totally enthralling for Sia. She couldn’t wait for the egg to hatch. And finally one day the egg hatched and out came the baby Pigeon, Sia named it Basky. It looked like a little pink ball. Olive and Pine took extreme care of Basky, they fed him, protected him and made the nest even more strong with a lot more twigs. Sia was worried initially if the Basky was born fine or not. Mommy and Dad convinced her that she need not worry, baby Pigeons look like that.

Mommy Olive wouldn’t leave Basky at all. Father Pine would go and get the food and stay near them all the time. They looked like a perfect family to Sia, just like her own – Mommy, Dad and little Sia. They spent time together, they stayed close together, Mommy spent more time with her while working on her laptop, Dad worked out of home and came only in the evenings. Sia saw her own little family in that family of birds.

Slowly and gradually Basky started developing feathers and looked more like a pigeon.  He was already 3 weeks old and Olive and Pine were more confident in leaving him alone. Basky started coming near Sia without fear now. Sia also could see that Basky is perfectly normal bird. Life seems to be taking its own shape.

Just a month old, and she saw Pine teaching little Basky how to flutter its feathers. Basky started to take little flights from one corner of balcony to the other.

“Mommy, Olive and Pine aren’t going to send Basky to school to learn how to fly?” Sia asked. And she was told that birds don’t have schools, parents teach the babies themselves. She was disappointed.

“How would Basky make friends and play games, if he doesn’t go to school?” She thought “This world needs a school for birds also” Sia declared one day on the dining table. Mommy and Dad just laughed.

A week later Basky was confident in going around long flights on his own. But Sia was sad now, she saw much less of him. Nest was almost empty now. Olive and Pine would also come once in a while when she would keep food for them. After two days of loneliness, she burst out into tears, “Why did Basky leave?” she asked Mommy.

“This is the law of nature. Once babies grow up, they leave parents to take care of their own lives and live independently” Mommy said.

“What does that mean?” Sia asked still crying terribly.

“That means that now Basky is a grown up and don’t need Mommy and Dad, he can get his food himself and protect himself. So he has gone.”  Mommy explained

Sia was quite for a while and in a deep thought. She then asked, “Will I also fly away one day to live away from you? Is that why I am growing up? Is this the reason you are sending me to school so that I learn to fly away from you?”

She had a trembling in her voice. She had just discovered a truth about life and she happened to disappointed by it. She had dreamt of living with her parents, her family forever. She had believed that Olive, Pine and Basky would continue to live with them forever. And she suddenly did not want to grow up because she did not want to fly away.

Mommy couldn’t control her tears as well, “There is a lot of time, Sia. You will fly away but not far from us”

Mommy and baby Sia hugged each other for long. And two blocks away Olive and Pine were preparing another nest in somebody else’s balcony for another baby Sia.